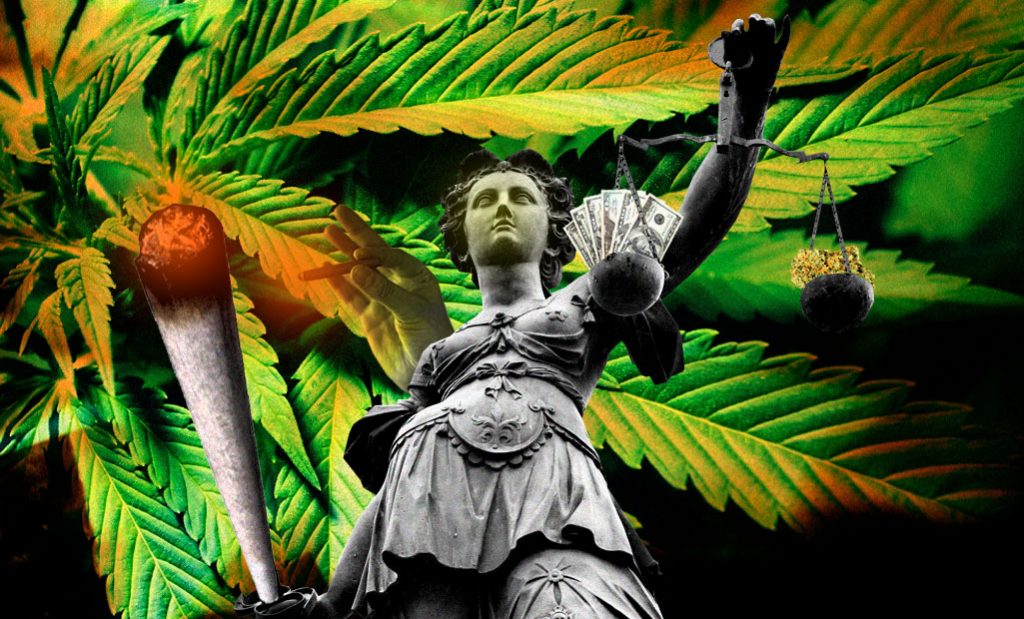 The laws against marijuana in the Commonwealth are some of the toughest in the nation. Currently holding under half an ounce is a misdemeanor with a maximum fine of $500 and a sentence of 30 days. The debate on reform has been a long, heated one and it got some attention yesterday in Richmond,

At a hearing Monday afternoon at The Pochantas Building, the Virginia State Crime Commission (VSCC) discussed decriminalizing the possession of small amounts of marijuana for personal use and took comments from the public after presenting its findings from a study.

Decriminalization is the reduction of possession from a criminal offense into a civil one, not exactly giving users a free pass, but it is enough to avoid sentencing the accused to jail time.

Most first time offenses for just marijuana possession do not necessarily result in jail time with findings from 96 pretrial and 31 post-trial inmates were in jail as a result of such according to the staff’s report. This is the case specifically for misdemeanor possession which is under a half-ounce of marijuana. 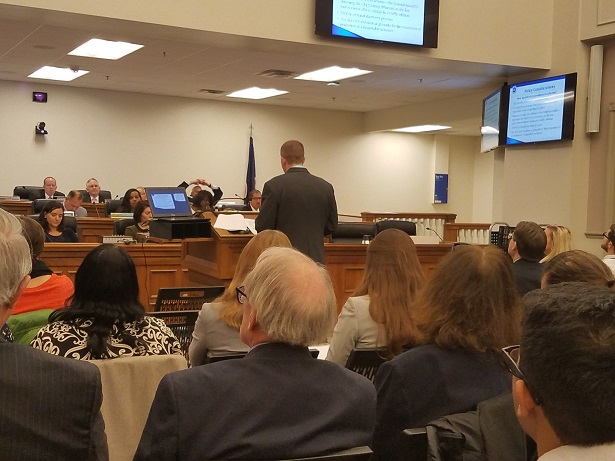 During the hearing, Colin Drapert, the senior staff attorney for the Crime Commission, held up a sandwich-sized zip-lock bag filled with oregano to show those in attendance the size of an ounce, which can lead up to the max-penalty of ten years in prison.

Specifically, anything over a half an ounce would be classified as drug trafficking, intent to distribute or manufacturing – a felony in the Commonwealth.

Decriminalization was chosen as one of several discussions taking place this year, as it is an issue that continues to be in the public conscious given decriminalization and legalization efforts throughout the US. There are also numerous implications that go along with a simple drug possession charge, such as racial disparities.

These racial disparities, are alarming, to say the least. The African American community makes up only around 20 percent of the population, yet is incarcerated at a rate almost three times more than their white counterparts according to the report.

Along with the mention of racial disparities, Drapert brought up the findings of the commission such as offenders eligibility to receive financial aid, retaining custody of a child, and how users miss out on employment opportunities due to not obtaining a security clearance. As well as those missing out on work after being placed into random drug testing pools.

One of the early speakers at yesterday’s hearing, Roy Scherer, has been urging the General Assembly for marijuana reform since the late 70s.

“The majority of marijuana arrests are for possession, the majority of possession cases are for quantities of a half ounce or less and if you look at the reports the annual reports that say it used to be two-thirds, now I think it’s down to only about 55 percent,” said Scherer. That’s an improvement I guess.”

Yet since the report by the State Crime Commission was an unbiased study not looking for specific findings in support of decriminalization, the data could potentially be used against the cause. So fittingly, not everyone attending was in agreement that decriminalization was the right move for the Commonwealth.

One of the critics from during the discussion was Regina Whitsett, Executive Director of Chesterfield’s SAFE (Substance Abuse Free Environment).

“Marijuana possession cases are often incidental to other investigations involving serious crimes to include robbery, shootings, burglary, assault, vandalism and drug trafficking,” she said. She made the argument that cannabis legalization will attract more young users and linked the increase in marijuana use to legalization and used the study done by the Rocky Mountain High Intensity Drug Trafficking Area Investigative Support Center as her reference.

Drapert, during his hour-long presentation, broke down the three policy options proposed by the State Crime Commission: Retain the status quo, removal of jail sentencing, and finally, full decriminalization of marijuana in the Commonwealth of Virginia.

Of course, the third policy option was the most in-depth, as it is what the majority of advocates are aiming for and listed several ways to implement decriminalization.

“There will be various others factors when we talk about policy considerations such as quantity limits, weight measurements, standards to which forms should be decriminalized, what would be criminal in certain circumstances, how to handle various trial procedures, how to handle a driver license suspension…” he said.

While the second policy option is viable, it still doesn’t accomplish what advocates of decriminalization want.

While it removes jail sentencing, marijuana possession would still remain a misdemeanor that would result in a maximum fine of $250 -$500 depending on its new classification and retaining the status quo obviously would keep our current laws in place.

Executive Director of Virginia NORML, Jenn Michelle Pedini, who spoke during the hearing said, “Removal of jail time alone does not accomplish the intent of decriminalization which is, of course, to reduce to crime in the Commonwealth.” 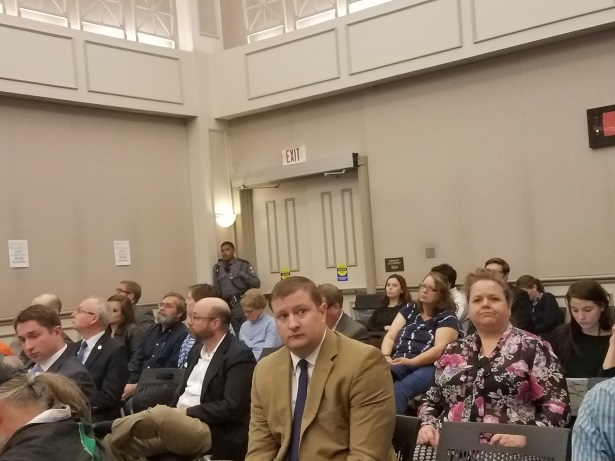 While this discussion is not a definite “yes” for decriminalization, as there have been several previous failures in the General Assembly – specifically bills SB 908 and SB 1269 – continuous discussion has paved way for new legislation being developed for the 2018 session by Virginia Senate Majority Leader, Tommy Norment, a Republican.

With the upcoming gubernatorial election the issue of decriminalization has been bantered about as part of a wider conversation on criminal justice reform, yet is one of those issues that has not been so clear-cut. Both candidates have shown a little bit more lee way in dealing with the issue.

Lt. Governor and Democratic Candidate, Ralph Northam has given his full support of decriminalization as he has stated it has bled millions of dollars from the state. And Republican Candidate, Ed Gillespie is in favor of something similar, his “Three Strikes and You’re In” plan gives offenders three chances before they are criminally charged.

According to the report, the VSCC staff received over 5,000 written comments from the public with 68 percent of those dealing with decriminalization. Of that 68 percent, or 3,850 comments, 3,743 were in support of marijuana decriminalization and 107 did not.

Click here to see the full findings of the Virginia State Crime Commission and look for another piece later in the week from RVA Mag on the findings by the Joint Commission on Health Care on Cannabis extracts CBD and THC-A oil.