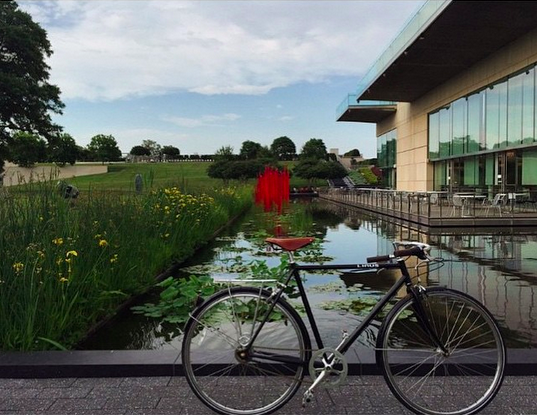 The Virginia Museum of Fine Arts has a lot to brag about according to a new study just released after an internal survey showed massive growth for the state-owned art museum since 2008.

Among the achievements is an estimated $145 million impact on the state as well the Richmond region. The study also found for every 2.4 RVA area residents, there is one visitor to the museum.

“The Virginia Museum of Fine Arts is a best-in-class enterprise whose exceptional education, culture and works of art enhance the quality of life of Virginians everywhere,” said Secretary of Commerce and Trade Maurice Jones in a release sent out along side the survey results. “Additionally, the museum’s assets attract out-of-state visitors whose spending supports jobs and economic growth in the Commonwealth.”

A lot has changed for the VMFA since the survey started gathering data – for one they were closed from 2008-10 for a massive $150 million expansion that added 165,000 square feet on the Blvd. side of the building – but it appears the addition has paid off.

Attendance and membership are both up around 300%, the number of exhibitions has gone from 1 a year to 4-5, and acquisitions have increased by a very metal 666%.

The museum broke down the economic impact locally saying there had been about $50 million in spending to support 805 jobs here in RVA, with another $68 million in jobs around the state.

“The broad economic impact of VMFA means great things for our students, teachers and schools. This important institution continues to grow and thrive, providing educators with an invaluable teaching tool in the process,” said Secretary of Education Anne Holton. “The Commonwealth is grateful for VMFA’s dedication to inciting in our students a love of creativity and self-expression.”