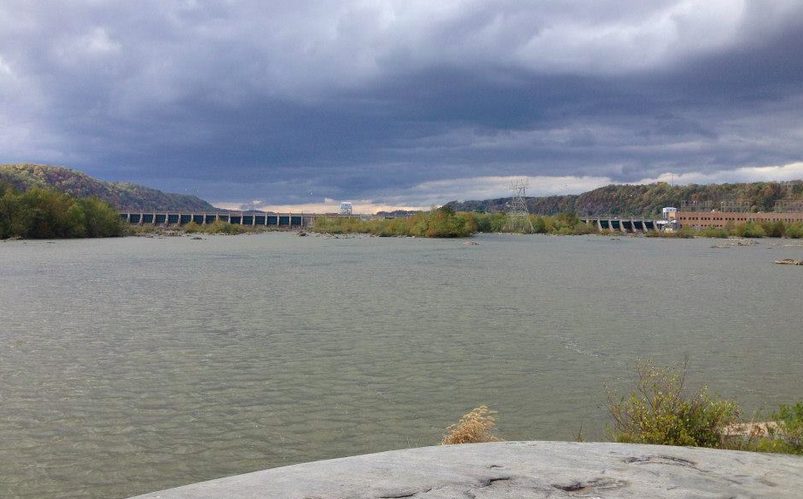 With the Chesapeake Bay’s health in limbo, legislators and environmental groups ask 2015 GA for help

In the most recent State of the Bay report by the Chesapeake Bay Foundation (CBF), the bay earned a D+ rating, the same score it had in 2012.

In the most recent State of the Bay report by the Chesapeake Bay Foundation (CBF), the bay earned a D+ rating, the same score it had in 2012.

For years, the Bay has shown poor water quality. In 2010, the Environmental Protection Agency forced the six Bay states and the District of Columbia to create water quality improvement plans known as the Chesapeake Clean Water Blueprint. In addition, the EPA implemented its own pollution limits for nitrogen, phosphorus and sediment pollution.

The State of the Bay Report examines three areas: pollution, habitat, and fisheries. Each category is given a score between 1 and 100 and the resulting score represents the state of the bay. The 2014 score was an unchanged 32 from 2012, a far cry from the score of 70 that would declare the Chesapeake Bay saved.

The 2014 State of the Bay, a document produced by Bay Advocates at the CBF, shows some improvements in water pollution but a decline in the Bay’s fisheries. The CBF is concerned the changes are not enough to reach each state’s goals.

All states receiving federal funding must have 60% of their water quality improvement programs in place by 2017, and 100% of them in place by 2025.

In the report, The CBF lists several ways for Virginia to improve water conditions during this 2015 General Assembly session. Their focus is to solidify Gov. McAuliffe’s budget proposal for farmland conservation practices and keep up with Virginia’s new storm water management program which aims to slow the flow of sediment pollution into the bay during and after rain storms.

Virginia’s state-wide storm water program is enforced through taxes on properties, or requiring management of storm water through infrastructure modifications like flower beds or other earthy areas which soak up water before it runs into local streams and rivers.

The Chesapeake Bay Foundation will not be asking legislators for any new bills, but they do have two funding requests for existing programs in Virginia.

Peggy Sanner, Virginia Assistant Director for the CBF said her group is asking the state to fully fund cost-year farming programs to help farmers with conservation practices as well as fully fund its share of installations to prevent storm water run off into our streams. They would also like with the General Assembly on the health and efficiency of the state’s oyster fisheries.

“We are hopeful that the General Assembly will take a look at this situation and look carefully in particular about legislation to ensure that the Virginia Marine Resources commission has the appropriate enforcement tools to prevent and punish poaching,” Sanner said.

In addition, the Virginia Chapter of the Sierra Club has their eye on some upcoming legislation.

They are working with other environmental groups to pass the Coastal Protection Act, which would add Virginia to the Regional Greenhouse Gas Initiative (RGGI), said Corinna Beall, Legislative Coordinator for the Sierra Club of Virginia.

Nine East Coast states from Maine to Maryland are part of this initiative, which caps carbon emissions from power plants. The Virginia Coastal Protection Act would dedicate 50 percent of Virginia’s annual proceeds from RGGI to coastal adaptation and climate resilience efforts.

30% of the money will be used to invest in clean energy and energy efficiency programs statewide.

The Sierra Club of Virginia will also be defending the Environmental Protection Agency’s proposed Clean Power Plan, which hopes to clean up carbon pollution from our power plants.

“This sensible plan to cut carbon pollution creates a tremendous economic opportunity for Virginia and the country to move towards an efficient, affordable clean energy economy,” Beall said.

This session already has other environmental legislation on the books that could affect the health of the Chesapeake Bay.

“While Virginia is currently on track to meet its short-term goals, there are growing concerns that Virginia will fall short of our goals for reducing pollution from farm operations, creating the need to secure less cost-effective reductions from other sources,” said CBF’s Virginia Executive Director Ann Jennings, in the recent State of the Bay Report.