Richmond abstract painter Christina Wingchow‘s impeccable use of color and hypnotic sense of dimension is what first drew RVA Mag to her artwork. The artist has grown from painting for fun in high school to majoring in paint and printmaking at VCU, to helping to launch the Endeavor RVA gallery, to exhibiting at Virginia MOCA. And now, Wingchow has just premiered her first solo exhibit, “FLUX,” at Artspace Richmond.

Opening at the end of August, the colorful show is full of nature motifs and flowing movement. The abstract and figurative works feature what looks like anthropomorphic dew droplets living in a cotton-candy underworld. Looking at Wingchow’s work is like reaching into the drain that leads to the Upside Down in “Stranger Things” — if the “Upside Down” got a Candyland makeover that was splattered on canvas and wood. Her artwork, consisting of a menagerie of vibrant eye-popping blobs, swirling colors, and shape-shifting creatures, are all influenced by nature, energy, magic, and dreams.

“Everything around us is constantly moving and changing. My fascination in this natural state expressed itself in my work long before I consciously acknowledged it. I paint intuitively, and improvisation is key,” Wingchow said in a statement about her art.  “It is inspired by movement, and driven by weird thoughts, restless energy, and the need for free play,”

Wingchow has made a habit of doing some kind of art every day, whether it be drawing, painting, or writing about her work. She urges other aspiring artists to take the advice she had to remind herself at the beginning of her career, “Remember, this is what you want to do. Make sure you make time for it.”

“All artists go through struggles and difficulty in figuring out what they really want to do or explore since there’s only so much time you get,” said Wingchow. “The most important thing is trying different things. And, of course, continuing to do it.”

“Flux” will be on display at Artspace Richmond, located at 31 E. 3rd St.,  until Sept. 23. You can follow Wingchow’s Instagram, @wing.chow, to keep up to date on her latest projects. 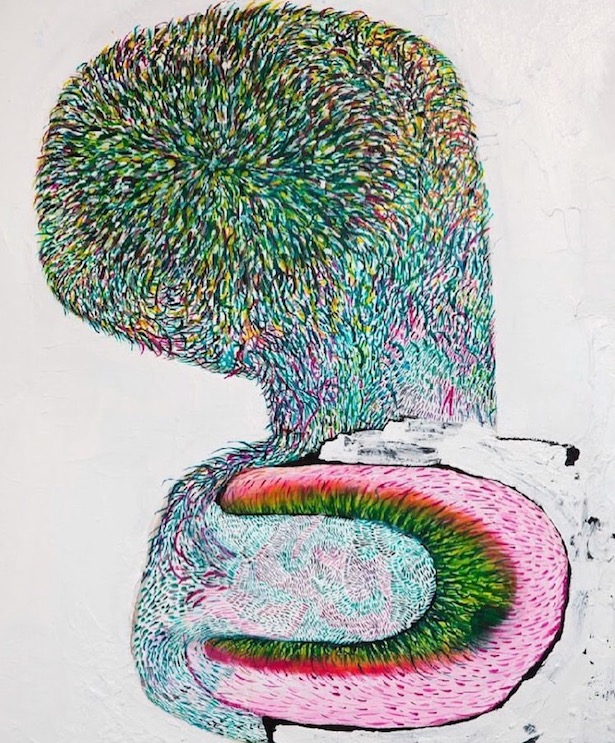 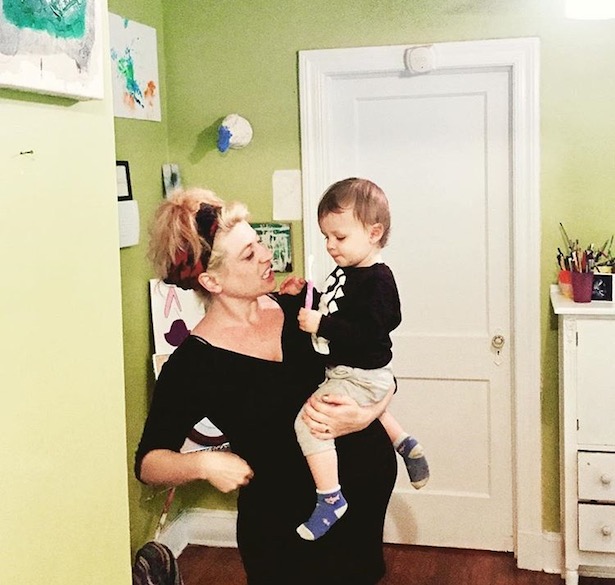