Richmond-based media company Chum Media is located in the Richmond’s infrastructure-starved Northside. Their palatial warehouse workspace is tucked behind vacant commercial spaces and several rickety chain link gates, and is mostly empty except for a small office and a few couches next to the loading dock.

Chum’s founder and director, Dennis Williford, started the company only one year ago; he has been building a steady and recognizable brand by creating music videos for local bands, and documenting creative counter-cultures in the city and abroad.

His warehouse enclave is quickly becoming an image of Richmond’s past as the city moves towards more gentrification. Yet for the time being, it’s an ideal, low-cost place for the company to work on their upcoming documentary for Amigo Skate Cuba, a Miami-based non-profit that provides skateboards and other necessities to young skateboarders in Cuba. 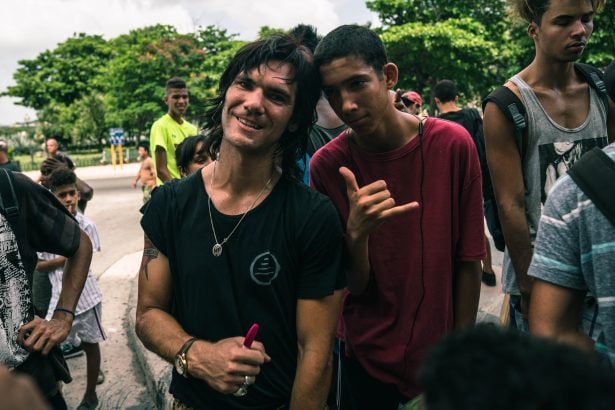 Williford has been travelling to Cuba with the non-profit to document the growing skate culture on the island, which has been embargoed by the U.S. government since the 1960s. Skateboarding was introduced to Cuba in the 1980s by European tourists and Russian military members who brought their skateboards to the island while on active duty, but the culture has been slow to grow due the strict embargo.

In Cuba, ‘breaking a board’ means it can take months to get a replacement. A quick fix that skaters often use in Cuba is screwing one piece of wood to their deck; otherwise, they are out of luck until someone brings one in from another country.

That’s where Amigo Skate comes in. The non-profit collects unwanted or broken skateboards in the United States, refurbishes them, and smuggles them into the country to give to low income people on the island who are interested in the sport. Williford, a skateboarder himself, had worked with the non-profit several times before being tapped to film the documentary.

They take a bunch of gear to the kids, and just go down there and kind of spoil them,” he said. “It’s humanitarian. The only thing we know is skateboarding, but we bring what we can.

Amigo Skate has hand-delivered almost seven tons of skateboarding gear, musical instruments, and art supplies to Cuba since they formed in 2010. They have also created the Havana Tattoo and Arts Expo, and collaborated with students and graffiti artists to create numerous art murals on the island.

They are currently building a new concrete skatepark in Havana inside an abandoned facility that was part of the training center for the Cuban olympic swimming team before the revolution. This is Amigo Skate’s third attempt at building a skatepark; the first two spots were shut down by the government, who own all the property on the island. 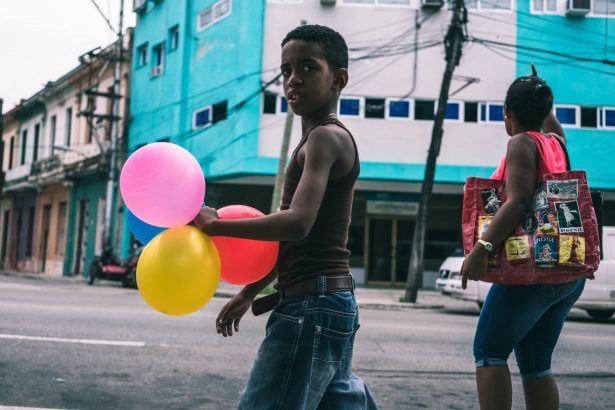 Amigo Skate director Rene Lecour explained there used to be a glass dome in the center of the facility. “It used to be gorgeous,” Lecour said. “It still has terrazzo floors. But fifty something years later, the glass has fallen through, and there are trees growing up through the center of the building.”

Lecour said that they have recently covered the walls of the indoor skatepark with colorful murals. “We wanted to build something that people are impressed with, standing alone, no matter what country it was in,” he said.

Williford traveled to Cuba last June for 14 days to begin filming the documentary, and returned for several days in June, 2018 to get some additional footage of the construction of the new skatepark, and of young Cuban skateboarders skating in Havana.

But the humanitarian work has not been without its share of troubles. On his most recent trip, he was stopped by customs officials who confiscated some of his film equipment, including a drone that he planned to use to get aerial shots of popular skate spots. Customs also flagged him for bringing 11 skateboards into the country. Williford said that that won’t deter him from returning in the future.

These setbacks weren’t entirely unexpected. Cuba has a deeply tenuous relationship with the US that is marked by a history of violence and provocation that has only recently begun to ease. The origins of the conflict can be traced back to the 1950s when Fidel Castro staged a revolutionary coup that deposed the island’s US backed dictator Fulgencio Batista. The US retaliated by waging a war of attrition against the Castro regime in early 1960s, attempting to overthrow the government during the Bay of Pigs fiasco and trying to assassinate Fidel Castro more times than anyone can remember. In one instance, the CIA even tried to give Castro exploding cigars in an attempt to assassinate him.

But almost more damaging long-term was the trade embargo against the island that has persisted until the present day–it is the longest trade embargo in modern history. 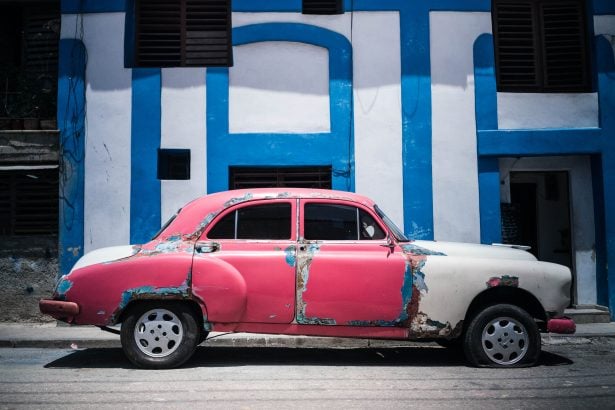 Despite this, Cuba and the US have tried to normalize their relations in recent years, opening an embassy in Havana in 2015 after 54 years, allowing Americans to travel to the island with limited restrictions.

The country is still largely impoverished. Yet according to Williford, the skaters love when Amigo Skate travels to the island because they bring products that are nearly impossible to find there. Female skaters from Amigo Skate even bring bags of feminine products for women who have difficulty accessing those items.

“They make it so hard for anyone to do anything,” said Williford. Everything costs a fortune. They’re just getting fucked every which way.”

Williford’s documentary on Amigo Skate is slated to be finished by the end of the year. He said that the film will highlight Amigo Skate’s efforts to keep skateboarding alive in Cuba, but it will also touch on the intersection of American and Cuban culture and highlight the skateboarding community’s ability to connect people from disparate places. 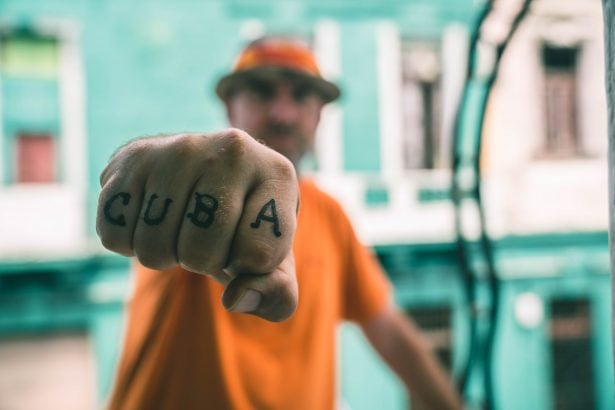 Amigo Skate continually jumps through hoops to bring skateboards and equipment to Cuba, and to work with communities to keep skate culture alive and thriving. Lecour and Williford hope that the documentary will help draw more support to the cause.

“It tells you how strong their passion is that they never stopped,” said Lecour about Cuban skateboarders. “Even through the hardships.”