For a band of its size and youth, Big Baby can please a room. At last night’s show at Sound of Music Studios in Scott’s Addition, the band shared the stage with Big Quiet, Big Bliss, and Serqet.

The band dove right in, playing their up-tempo hits such as “Dumb Guys,” “Not That,” and “Often.” Mislowsky’s vocals synced perfectly with Smith’s harmonies, never faltering even a half step from one another. Dove’s tune-driving beats lifted the two guitars through the songs, even when Dove lost a drumstick halfway through a song and had to drop out momentarily to retrieve it. A noble effort was made and appreciated. 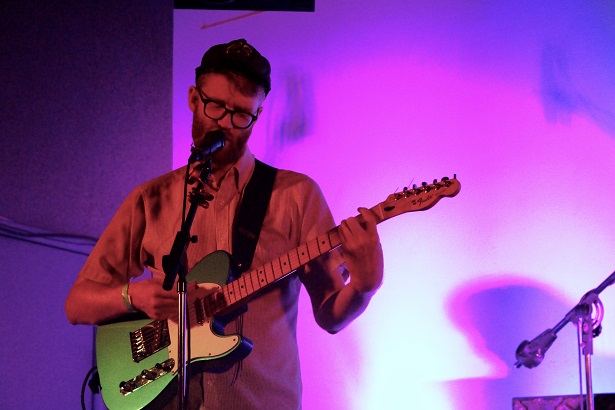 Playing hits off both of their EPs, Dumb Guys and the latest release,  Sour Patch, Big Baby offered some heartfelt tunes that were disguised by the twee-pop notes and rhythms. However, the songs did seem to blend together in sound and theme as the night waned on. Plucky lead guitar started the song with rhythmic guitar licks behind it. Although the drum fills did vary, it was also hard to decipher between songs since the vocals were not very audible or understandable. However, that was most likely the sound mixing and not the vocalist. Additionally, all of their songs were noticeably short, hovering around two and a half minutes, without any guitar or drum solos. 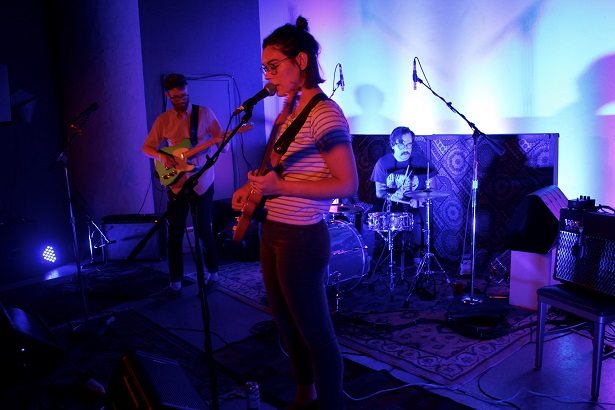 The waltzing melodies and head-nodding guitar strums of “Lemons”, a song of their new EP, was a personal favorite of the night. The tight harmonies sing of longing, lonesomeness, and blues. It’s a slightly different feel from the upbeat, pop songs the band churns out.

Given the room, the size of the crowd, and the allotted time they were given, Big Baby gave an excellent performance. Besides the quiet vocals and drumstick mishap, it was an enjoyable evening in the thumping Sound of Music concert space.

FEATURED SHOW
Sunday, August 13, 8 PM
DRI, Sunlord, Cruelsifix, Enforced, 3:33 @ Strange Matter – $15 (order tickets HERE)
Trends in the world of metal come and go (and that’s true no matter what some “anti-trendy” metalhead might tell you). However, if the last 35 years are any indication, it appears that thrash is evergreen. Speedy drumming, chunky riffs, harsh vocals, and wailing solos never go out of style. Therefore it can be little surprise that OG thrash speed demons DRI are still going full speed ahead after 35 years. But what’s really great is how good they still are! END_OF_DOCUMENT_TOKEN_TO_BE_REPLACED