Last time we checked in with Richmond hip hop artist Fly Anakin it was around spring of last year and he had just dropped Chapel Drive, a collaborative album with Koncept Jack$on. And since then, the Southside native has yet to sit back and relax, in fact, he’s been steadily toiling away in the studio to deliver Backyard Boogie, his new album, which he quietly dropped last month.

Fly describes Backyard Boogie as magical. The rapper said at first, had a difficult time getting back in his zone and focusing on his music while working hours on end at an unsatisfying job. Once he quit, the album started to come together and Anakin said the process was more like therapy for him to help de-stress from several personal issues he was struggling with at the time. But that struggle fueled his creativity, and he was able to put all of that into his music.

“I knew it was going to be tough, I just knew I had to like put it together so it would be better than my other shit. The whole plan was to blow my old shit out of the water,” he said.

And he did just that. Anakin stepped out of his element with Backyard Boogie’s “Faceplant in San Bernadino!” and made it his own. With this project, he purposely experimented with different beats and sounds that he normally wouldn’t go for, and it really showcases his range.  “It definitely turned out way different than what I thought it was gonna sound like, but it turned out better,” he said.

That experimentation really comes through on “Thug Bachata,” a catchy song that he premiered when he dropped the album back on April 20. Anakin smoothly, but passionately raps over a background of horns and bongos. Besides Koncept Jack$on, who’s featured on “Several Blunts Later”, and Henry L.O., who lays down some verses on “Gangsta Party”,  Anakin also teamed up with fellow RVA hip hop heavyweight, Nickelus F for the first recorded track,  “Worldwide2x”. 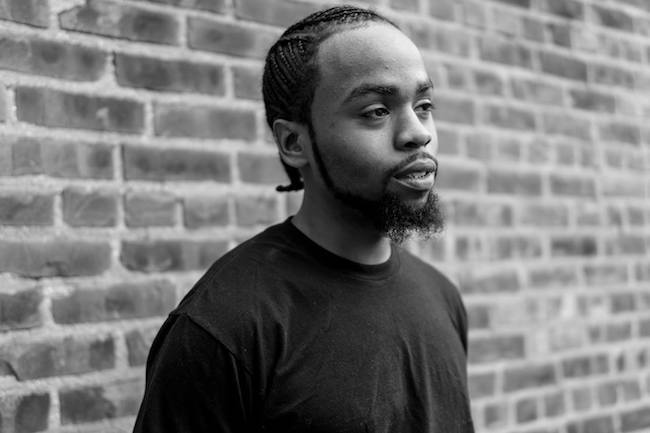 “At the time, I was going through so much shit and had so much stuff to say, I just did the shit…this is one of my favorite projects definitely, like this is a milestone for me,” he said on his Instagram of the project. “Sonically and lyrically, I feel like this is my best shit…as far as how it came together, I’m just very proud of this piece of work…”

Beyond lyrics and beats, Backyard Boogie offers a little something fun visually for music fans. The eye-catching album cover, created by Satellite Syndicate’s BSTFRND, perfectly embodies the party you go through as you listen to the album. After sitting with the project for awhile, BSTFRND started creating the sketches and inspiration for it, which stemmed not from hip hop, but reggae.

“Obliv suggested that we should make it look like or reminiscent of these 1980s dancehall covers,” he said. The vivid color, comic-like word bubbles and cartoonish characters featured on the cover are a nod to Wilfred Limonious, a late illustrator known for his depictions of Jamaican history and dancehall culture on album covers.

Anakin has a few upcoming projects with Big Kahuna O.G., BSTFRND, Awkward John, Graymatter and more so be on the lookout for those. In the meantime, make sure you Backyard Boogie is on rotation at all your cookouts and house parties this summer. Purchase a physical copy here.