VCUarts’ Cinema is screening Michelangelo Antonioni’s bizarre counterculture masterpiece, Blow-Up, this Sunday at Grace St. Theater as part of VCU’s fall Cinematheque series. The film was hugely influential at the time of its release in 1966, and was the influential Italian director’s only brush with mainstream success.

The film, based on a short story called “The Devil’s Drool” by Argentinian writer Julio Cortazar, follows a hip London fashion photographer as he embarks on a labyrinthian murder investigation, taking him into the seediest corners of London’s mod underground.

VCUarts’ Cinema visiting professor and film critic Josh Tyree said that Blow-Up was one of the key films of the 1960s.

“It brought high modernist European filmmaking into a commercial framework,” Tyree said. “It also provided the final nail in the coffin of the already very rickety Hollywood Code, regarding censorship of film content.”

The film was a critical and commercial success, despite its (by mid-60s standards) sexually explicit content. It led major Hollywood studios to abandon the Motion Picture Production Code, which set strict limits on what was acceptable to show in a movie released in the USA, in favor of the MPAA rating system that is used today.

Blow-Up is one of 12 Antonioni films being screened by VCUarts’ Cinema this fall. All the films are being presented in their original format: 35 mm film.

“This series provides focused knowledge not only of Antonioni but also of how his films were designed to be seen, in 35mm projections on large screens as collective movie-going experiences,” Tyree said. 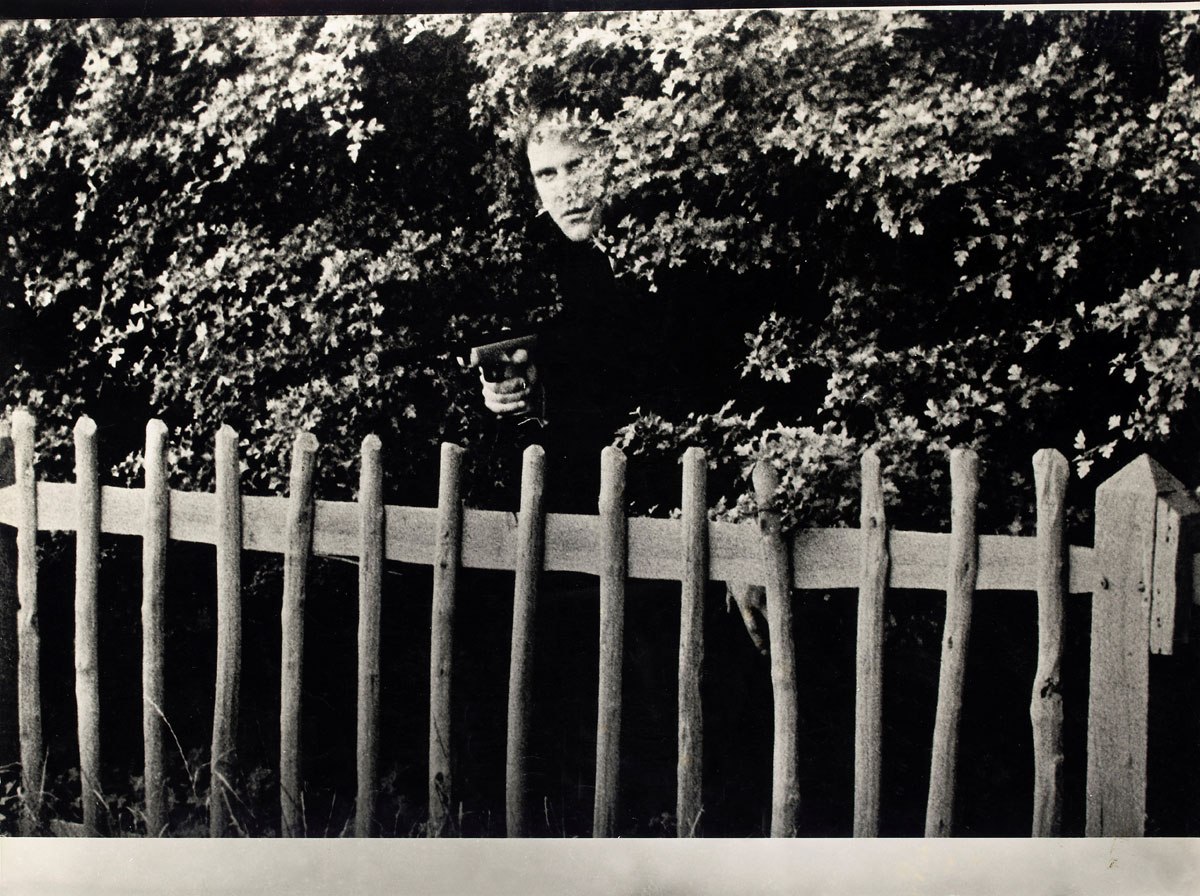 The film’s soundtrack was composed by Herbie Hancock. It also features an outlandish live performance by The Yardbirds in which Jeff Beck destroys his guitar and throws the bricolage into the audience, causing a frenzy.

Antonioni’s classic films were groundbreaking at the time of their release in the early 1960s, and have had far-reaching impacts on the world of cinema. Films like L’Avventura, La Notte, and Il Deserto Rosso questioned traditional storytelling narratives, examining existential and modernist dilemmas of life in post-war Europe.

“He challenges almost every element of what Hollywood tells us makes for a good cinematic story,” Tyree said. “It’s simply impossible to fully understand later works by major global directors across the commercial and arthouse spectrum without studying Antonioni’s classics.” 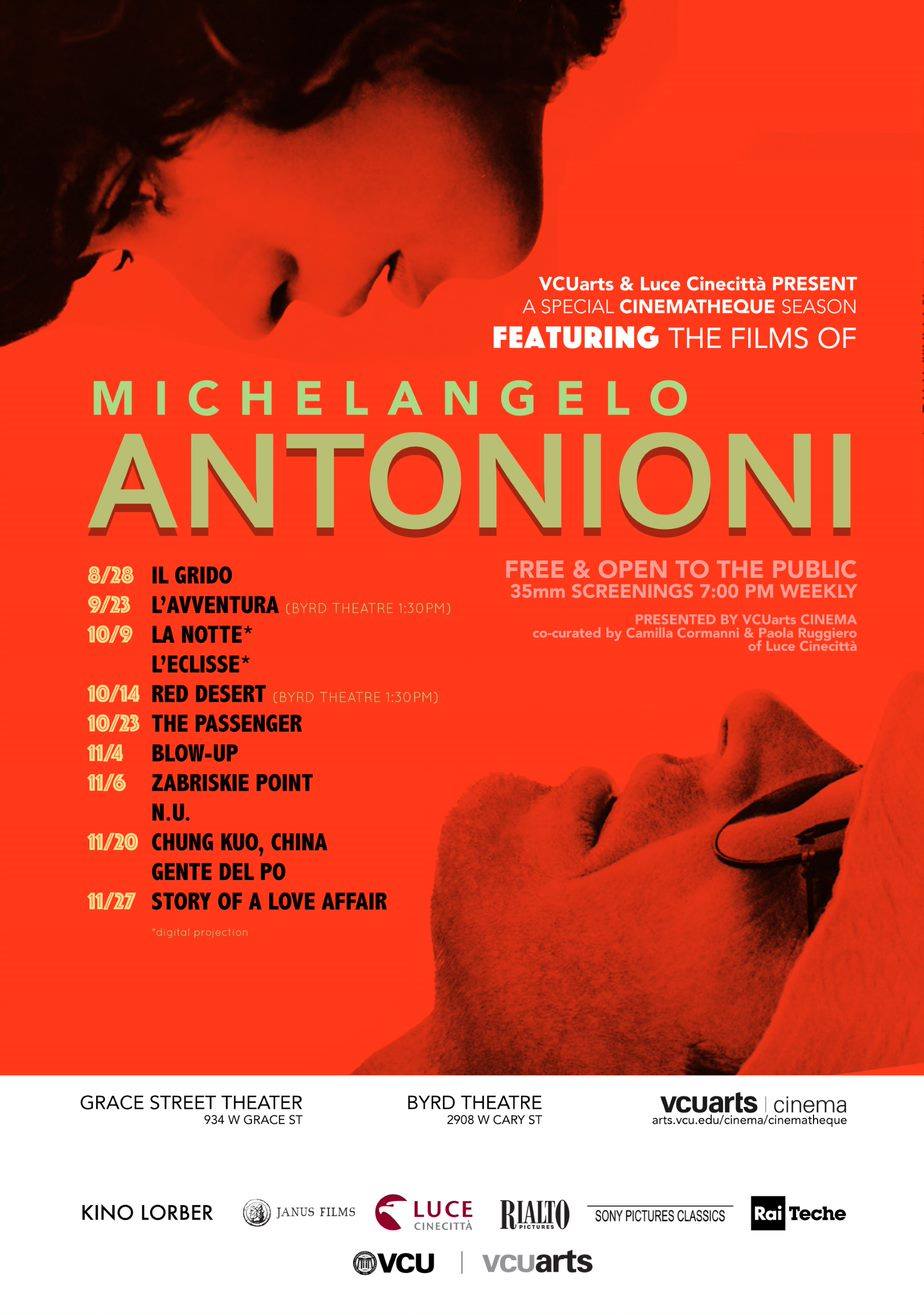 “We are particularly proud of the partnerships that we have with cinema-based institutions,” Schall-Vess said. “Of course, that would not be complete without our ongoing relationship with VCUarts’ Cinema.”

VCUarts’ Cinematheque provides a unique opportunity for students and the public to see Antonioni’s work on the big screen. This Sunday’s presentation of Blow-Up is free and open to public, and will be shown at 7 p.m. at Grace St. Theater, located at 934 W. Grace St.

“Viewing these films in 35mm color projection on a big screen is a feather in the cap of any cinephile,” Tyree said. “It’s difficult to believe how different this can be until you’ve seen it with your own eyes.”