This time around, we’ve got a flawlessly-curated selection of bangers from Body Talk, a local DJ collective made up of Mike Murphy, Tru Blu, Sean Lovelace, and DJ Mordecai. The members of Body Talk came together to get Richmond dance floors bumping with boogie-funk, disco, soul, go-go, and more sounds to keep your feet movin’ round.

You can catch up with Body Talk around town on a regular basis, and their next live appearance will be on Saturday, May 25th at Black Iris (322 W. Broad St). Music starts at 9:30, and if you arrive before 10:30, you get in free! After that it’s $5, so show up on time and dance all night! Body Talk DJ Sean Lovelace can also be heard weekly on WRIR, every Monday night from 11 PM to 1 AM, co-hosting The Heavily Cosmic Rotation along with DJ Heavy Styles.

Check all that out, but first, check out this massive collection of groovy tunes perfectly designed to get you prepared for a weekend of dance-floor transcendence. Funk, soul, R&B, disco… this playlist has got it all and then some.

Get it right, Virginia. 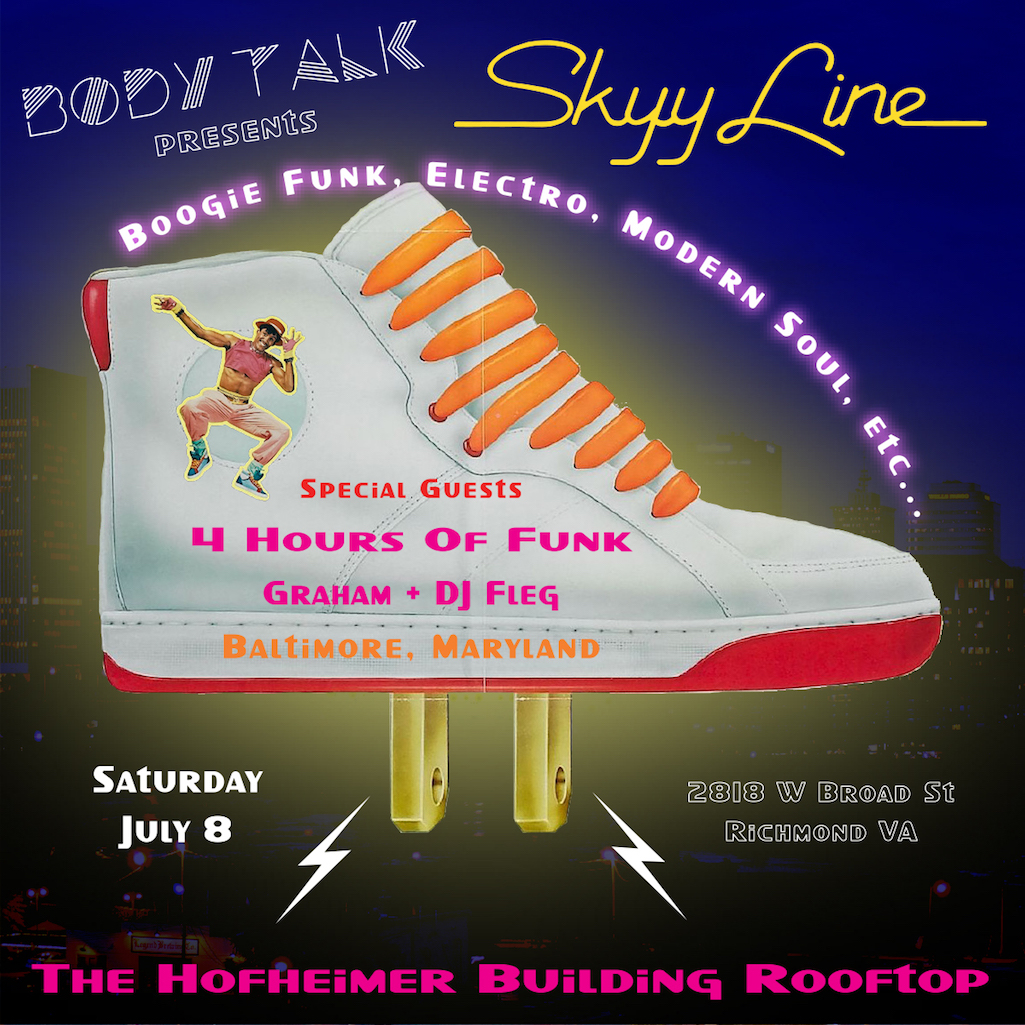 Andrew Brearley, AKA Cermakk, and recording artist Benjamin will be playing at Balliceaux’s Body Talk on Saturday, March 15 at 10:30pm.
END_OF_DOCUMENT_TOKEN_TO_BE_REPLACED