The last weekend of September marks the 11th Annual Richmond Zine Fest, held for the second year in a row at the Richmond Public Library. The Richmond Zine Fest is a two-day event for local and national zine-makers can gather to sell, trade their zines–self-published magazines with small print runs and DIY production values–and network with other people in the zine community. Zine Fest’s organizers are firm believers that the event is not just for zine creators and zine distributors. It’s an open event for all ages, featuring tablers selling zines as well as other DIY items, along with informative and fun workshops throughout the afternoon.

The 2017 Richmond Zine Fest is organized by Celina Williams and Brian Baynes, who have been involved in the planning for the Fest for nine and five years respectively, and will feature about 140 different zines.

Williams first attended the Zine Fest when it was still held outside on the street, and fell in love with the community. “The first time I went to Zine Fest, it was outside of Firehouse Theatre and the Camel, and I asked, ‘How do I get involved?’” Williams said.

Afterwards, the Zine Fest moved to the Gay Community Center of Richmond. This is where Baynes first attended and began his involvement. “I just like buying zines,” Baynes said. “I didn’t even start making them until I started organizing this, but I love to trade zines with other zine-makers.”

Since its inception, the Richmond Zine Fest provides a service to any and all zine-makers, collaborators, and lovers of fine art. In one space, a patron can experience the thriving zine community both within the city and beyond.

“Last year was the first year we held the Richmond Zine Fest at the Richmond Public Library,” Baynes said. “They are a non-profit, and they donate the space to us, which cut costs significantly. It’s a mutually beneficial relationship. We get to hold the Zine Fest in a larger venue with two stories, and we bring bodies into the library on the weekends.”

When Williams and Baynes moved the 2016 Richmond Zine Fest to the library, they had the opportunity to split the Fest into two days with two distinct, separate programs. “At first, all of the Fest’s programs were held in one day, and that caused some issues,” Williams said. “If a tabler wanted to attend a workshop, they’d have to close their table down for a couple of hours, and by the time they returned, they would’ve missed a good majority of the Fest.”

With the current schedule, this is no longer a problem. Discussions, workshops, small groups, and panels centered around making zines, literature, and art now take place on the first day of the Fest, Fri., September 29. Then, on Saturday, the tabling takes place, the part of the Fest where you can browse, purchase, and trade zines and have personal conversations about their work. 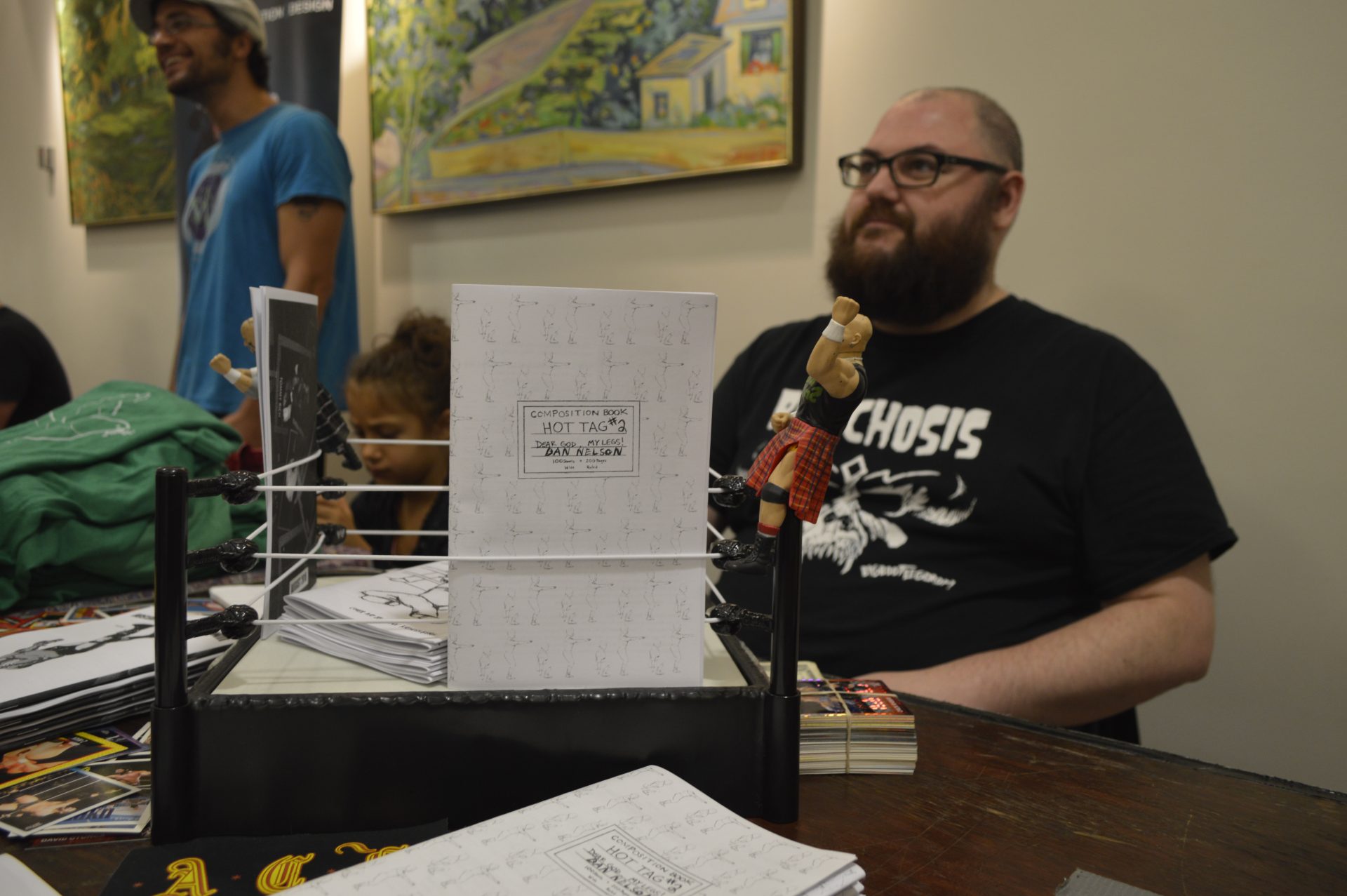 This year marks the second year of Zine Fest offering stipends to increase the diversity of those taking part. “When we moved to the library [in 2016], we ended up having a little extra cash,” Williams said. “So we implemented a print stipend available to persons of color and members of the LGBTQ community. It was such a success that we’re doing it again this year. We wanted the Richmond Zine Fest to be inclusive to everyone.”

“We’re trying to make Zine Fest much more diverse,” Baynes added. “For all the people who feel like Zine Fest isn’t the place for them, the print stipend was created for them, to apply and represent their art.”

The 11th annual Richmond Zine Fest will kick off Fri. Sept. 29 with a full day of zine-centric workshops, starting at 11am. Then, starting at 11am the following day, all zines will be available for casual consumption. The festival will take place at the Main Branch of the Richmond Public Library, located at 101 E. Main St. If you’re looking for a way to start your zine collection, then you’ve found the right place.