UPDATE: The man who burned the American flag turned himself in less than 24 hours later. Andrew Rosas, 26, of Catherine Street, surrendered to the Richmond Police headquarters around 10:30 p.m. yesterday, according to CBS 6.

He has been charged with arson. 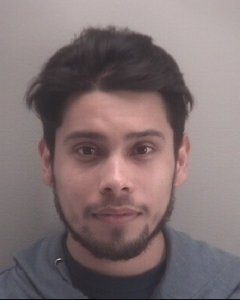 ORIGINAL: Richmond police are investigating after a video surfaced online of a man burning an American flag at a home in the Fan yesterday.

The video was posted by a woman who identified herself on social media as the flag owner’s neighbor. It shows a younger-looking man approach the front porch on Floyd Avenue, fiddle with the flagpole, then set fire to the flag with a lighter. As soon as the flag was lit, the man left the scene.

The time stamp on the video shows the man approached the house around 2:15 a.m. Wednesday. The homeowner, James Tanner, has told other media outlets he doesn’t know who the man is that burnt his flag.

Police say the suspect will at least face a vandalism charge according to NBC 12.

This is a developing story. Stay tuned to RVA Mag for updates.