She once played a vital role in the local music and art scenes, from Books, Bikes, and Beyond to Best Friends’ Day. Now, this Richmonder travels all over the globe, helping make the world a better place for children in need. Shelley Callahan is the Director of Development at Children Incorporated, an international non-profit organization based in Richmond that provides humanitarian assistance to children in impoverished areas, both in the United States and in 22 other countries around the world.

Children Incorporated leads special programs and projects — such as the building of schools, orphanages, and community centers, as well as programs that provide shoes, clothing, and food — for children and community members who would benefit from the assistance. All of this is to help children in impoverished areas overcome the barriers of poverty and get an education.

Children Incorporated’s reach is prolific, with around 8,000 children in their sponsorship program — and thousands more receiving help through the organization’s special programs — in various countries all over the world, including those in South America, Asia, and Africa.

It’s no doubt that traveling around the world to help children in need isn’t the most ordinary job. So how did Callahan, at one point a Richmond resident, get here? 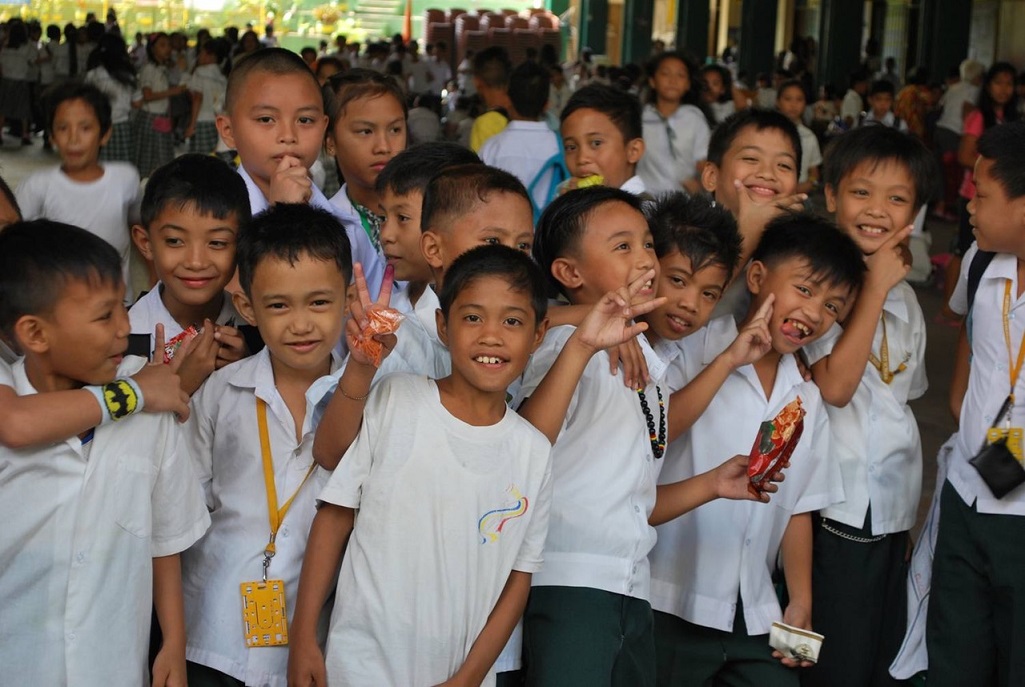 Callahan graduated from Virginia Commonwealth University, where she earned her bachelor’s degree in political science. She was unsure what path she wanted to take her career after she graduated, until 2005, when her twin sister set up a fundraising event for the Virginia Breast Cancer Foundation. As part of the fundraiser, Callahan, her sister, and more than 20 others rode their bicycles from Richmond to New York City.

While Callahan didn’t think much of the accomplishment at the time — she was mainly happy about completing the bike trip — she cites the fundraiser as a contributing factor for wanting a career dedicated to helping those less fortunate.

“It made me really appreciate how fortunate I felt as a person in general, that I don’t worry about a lot compared to other people,” Callahan said. “Seeing that, I wanted to focus on getting into a line of work that was working for other people who are less fortunate.”

Soon after the trip, Callahan went back to VCU for a master’s degree in social work. While she was in grad school, she started a nonprofit with Chop Suey Books owner Ward Tefft called Books on Wheels. The nonprofit distributed free books and provided free bicycle repairs. After graduate school, Callahan opened a thrift store called Books, Bikes, and Beyond, which stayed open for five years. Callahan kept doing work with Books on Wheels along with running the thrift store, in addition working at Joe’s Inn as a bartender in order to earn an income.

The experience was the first time Callahan worked internationally. Knowing that she wanted to switch the focus of her career to international humanitarian work from that point on, Callahan shut down both of her Richmond-based projects in 2014.

“I made a very conscious decision to stop doing Books on Wheels and to close down the thrift store,” Callahan said. “I wish I could do everything, and I wish I could’ve kept doing that and then shifted my focus as well, but I was so used to stretching myself really thin and working like crazy.”

In the middle of this transitional period, Callahan came across a job opening for Children Incorporated, and applied. She got the job soon after. “It was amazing because it’s exactly what I wanted to do,” Callahan said. “I’ve been really grateful that it has allowed me to do the international work that I wanted to do, but it’s still a local organization, too.” 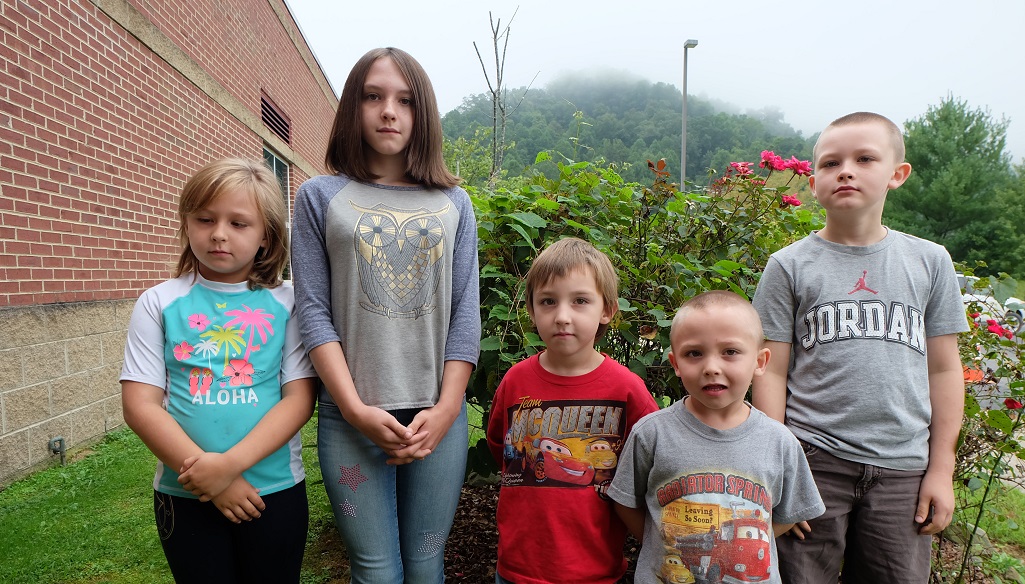 As Director of Development, Callahan runs Children Incorporated’s communications, marketing, and fundraising. When visiting other countries, it is her job to make sure the programs are effective, and that the funds raised are being spent on the appropriate resources. Additionally, she reports on what is happening in these impoverished areas; taking pictures, shooting videos, and collecting stories to publish on Children Incorporated’s website, giving sponsors and donors an idea of what life is like for these children. “I am basically just working as a reporter,” Callahan said.

Of the 22 foreign countries that Children Incorporated has done work in, Callahan has visited nine of them, including Mexico, Costa Rica, Nicaragua, Bolivia, India, Sri Lanka, Kenya, and Ethiopia.

Though every country has its own story to tell, there are a few experiences that stand out to her. One of these experiences includes a recent trip to India, where her expectations were subverted by the amount of poverty in the country.

“I had a preconceived notion of what I thought India would be like, and I think a lot of those things ended up being true, but also it was really different than I would have thought,” Callahan said. “The poverty was very, very extreme.”

Because there are so few schools in impoverished areas in India, the only way children living in poverty are able to get an education is by being sent away to boarding homes and attending school from there. These boarding homes are tightly packed and incredibly run-down, Callahan said.

“I was really surprised to see that kids sleep on the floor — they don’t have beds,” Callahan said.

Callahan was also surprised by the lack of resources and opportunities the children had once they were in school. For example, schools in these impoverished areas don’t teach English because they can’t afford to hire teachers who are able to teach the language. This limits the opportunities that these children have as a result. A lot of these struggles, too, have to do with India’s caste system, and the fact that people are not seen as equal, Callahan said.

“When these kids in India are living in these very small communities, and there’s hundreds of languages, and the only one they ever learn is their own, they’re never going to leave,” Callahan said. “[The government] should want them to learn English, and to be able to get better jobs, and improve the economy.”

Another difficult experience Callahan recalled was one she had in Kenya, where she visited a small neighborhood in Nairobi, across the street from a school that Children Incorporated was involved with. According to Callahan, the neighborhood was a dangerous place to be in — she and her coworker had been told not to bring anything of value with them. With a group of children and administrators surrounding them, she caught a glimpse of the conditions these children live in.

“It was a really intimidating situation to be in, and I think the hardest thing was seeing these kids, when they leave school and go home, they’re just in these tightly packed areas,” Callahan said. “At one point it was probably an average sized home, but it’s been converted into 15 or 20 very small rooms, and everything is really dark and hard to walk through. And around every corner, you’re not sure what you’re going to see or experience.”

These areas are tightly packed, and due to the high poverty levels, there’s a lot of violence and abuse that occurs there, Callahan explained.

“The children are just not safe living in these areas at all,” Callahan said. “We walk into one of their homes, and you open a door, and there’s six people in one room that’s the size of a bathroom. They don’t even have consistent electricity.”

People in these areas lack a sense of hope due their conditions and the fact that the government of Kenya isn’t going anything to help people in poverty, Callahan said.

“They don’t go in there, they don’t provide support, they don’t pick up trash, they’re not going to provide people with any kind of services at all,” Callahan said. “They’re just fine to leave them there to fend for themselves and to figure it out.” 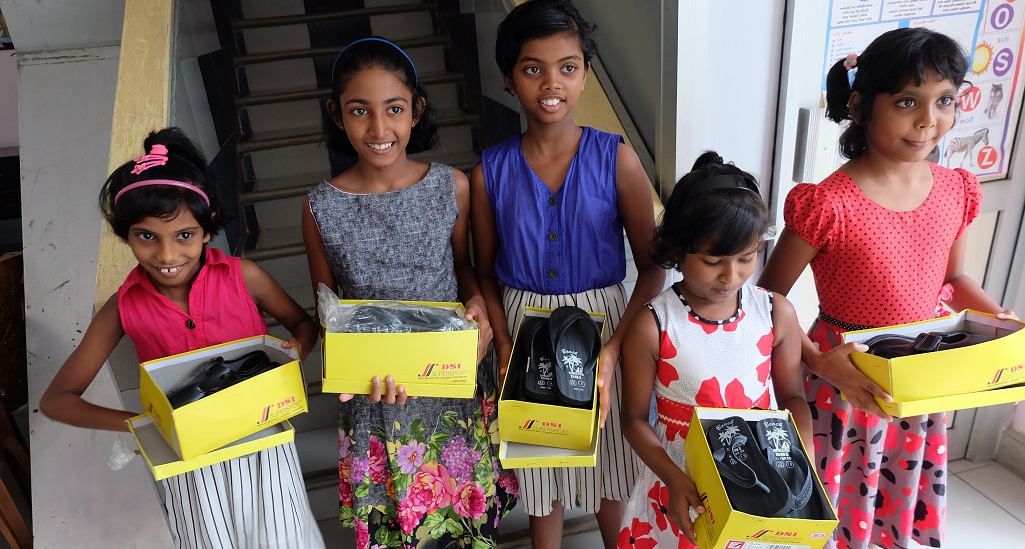 Additionally, since schools in impoverished areas aren’t getting any amount of government funding and need a way to maintain buildings and pay teachers, students have to pay tuition in order to attend. Without funding from Children Incorporated, many children wouldn’t be able to afford to go to school, Callahan said.

Callahan also visited Ethiopia, and recalled getting word of a trash avalanche that occurred when they got back from their trip. “There was a landfill in the middle of the city,” Callahan said. “And trash came down out of this landfill and fell into this slum community and killed 80 people. That’s what people have to worry about.”

Children Incorporated also works with children in the United States. Callahan says that while the causes for poverty are different in the United States, the children in poverty face similar challenges. “It looks different in the sense that the issues with why it’s happening are different for kids in the US,” Callahan said. “But what they’re actually dealing with is the same, in the sense of what’s still happening if a kid in Kentucky is sleeping on the floor, or not eating enough, or they’re coming to school and they’re not doing well.”

And while children in the United States have access to free public schools, which gives organizations such as Children Incorporated an opportunity to donate money to other causes, factors such unemployment and drug use factor into how children are impacted.

“People are so poor and so desperate that they’re getting in trouble and going to jail. It might be for petty crimes; it might be drug related, they’re doing drugs and dying,” Callahan said. “We have a lot of kids in our program that live with grandparents or extended family because their parents are dead from overdosing. It’s such a huge problem.”

Children Incorporated has no political affiliation, and has no message beyond helping children in poverty, Callahan said.

“It’s a fine line,” Callahan said. “We have to dance around it a lot, but my goal is to just remain focused, that it’s all about helping kids, no matter what’s going on in the world. If we’re more fortunate, we help someone who’s not fortunate, and it doesn’t need to go much further than that.”

Despite this, however, Callahan acknowledges that everything is political, and that people have had negative reactions to Children Incorporated’s work despite the lack of political affiliation.

“Everything is political, whether we want it to be or not,” Callahan said. “There’s a lot of opinions about how we help children internationally. I rarely can do a Facebook post or put something out that is representing Children Incorporated without having comments about, ‘Well, why help kids overseas when you can help kids here?’ And that doesn’t seem like a political comment to make, but I think it absolutely is as far as how people perceive the world.”

Working at Children Incorporated has helped broaden Callahan’s perspective on the world. “It’s given me a much broader perspective of how intense the issues of poverty [are], especially focusing on children,” Callahan said. “Giving kids a better chance is a really big deal, because if you’re not educating them, they’re never going to get a better job or educate their own children.”

As for future plans with Children Incorporated, Callahan is working on stories from the United States, in places such as eastern Kentucky, and New Orleans. The organization plans on covering impoverished areas of New Mexico as well, specifically neglected people living in Native reservations. Callahan is set to do another trip in the spring, where she plans on traveling to Korea and the Philippines.