Home Bass is excited to team up with Drum Circle Productions to bring the bumpin Bamboo Bass Festival preparty series to Richmond! For those who don’t know, Bamboo Bass is an amazing festival in Costa Rica with some of the finest artists bass music has to offer. Cause who wouldn’t want to experience bass in paradise? More info on the festival at https://www.bamboobassfestival.com/

This week, we close out a year of fine music with a playlist from local singer-songwriter extraordinaire Angelica Garcia. She received a lot of attention from her excellent solo debut, Medicine For Birds, released in 2016 by Warner Bros. Since then, she’s made a decided pivot toward the DIY spirit of the Richmond music underground. These days, even as she continues to tour the world as a solo artist, she’s become a force on the local scene; her new group, Jr Wolf, pairs her with Virginia Moonwalker majordomo Russell Lacy. On this mix, she explores sounds from all over the world, but makes sure to represent the heck out of RVA in the process.

Dance your way into the new year with this one, Virginia.

This week’s mix comes from DJ HOODY, one of RVA’s foremost turntablists, who you’ve surely heard spin at many of your favorite clubs around town. He’ll be hitting the decks on Saturday, December 22 (that’s tomorrow night!) upstairs at Vagabond’s weekly Wanderlust dance party, but in the meantime we’ve got a brand new HOODY mix right here for you to shake your booty to.

And it does not mess around — HOODY’s gonna keep you dancing all night long, with jams from local heroes like Chance Fischer, Gent & Jawns, and Myke Terry as well as plenty of international dancefloor anthems.

Marc Rebillet at The Camel

Richmond Ballet’s annual performance season ended with the “Studio Three” concert, as a professional ballet company now entering its 35th year, and the 2018 Studio Three production on opening night resounded what I believe the Ballet represents: refined professionalism and paramount artistic expression. Richmond Ballet has operated as a non-profit organization for 61 years, awakening and uplifting the human spirit through the art form of ballet. One of my preferable forms of their enlightenment is their educational outreach through the School of Richmond Ballet and the Minds in Motion program instituted within Richmond Public Schools. These endeavors were strengthened after Studio Three’s opening night as Richmond Ballet held a ribbon-cutting ceremony for two brand new studios on their facility’s ground floor. 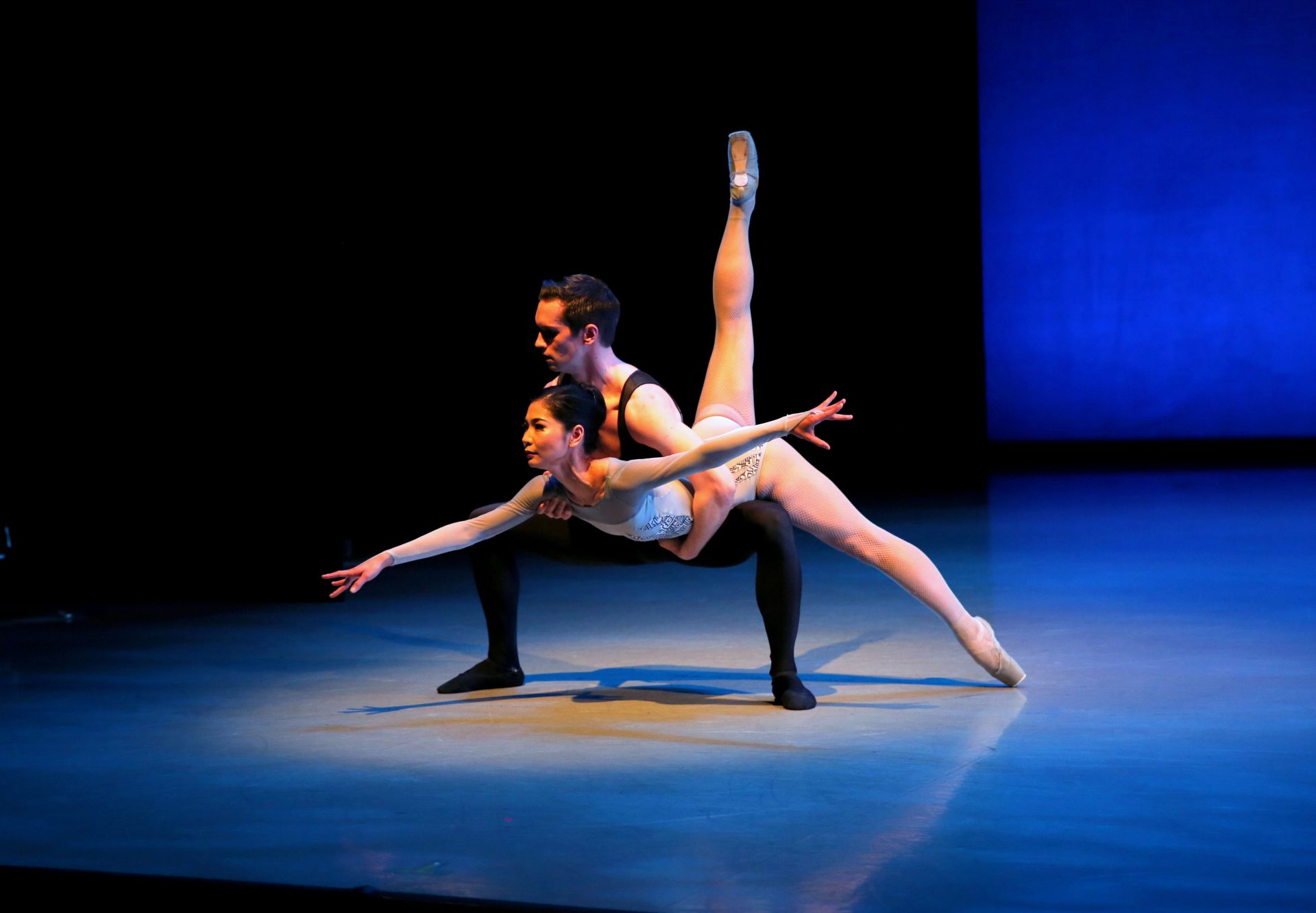 The performance opened with the reproduction of a 2012 premiere, “Gargoyles.” This piece stood as cornerstone for what ballet can do with classical repertoire, classical music, and a fresh theme. As always, dancer Eri Nishihara’s refined technique took my breath away with the poise she possesses, and Cody Beaton’s repetition of clawed hands while being seemingly manipulated by her partner was the most thought-provoking movements series of the night. Abi Goldstein and Thel Moore’s partnering had a blip of continuity that could have been interpreted as a mistake, but that was not my opinion. I was able to see, for the first time of my concert-going experiences, that these dancers are human, and that these dancers make a career in the performing arts. One of the most difficult jobs available. However, the duo owned that stage. 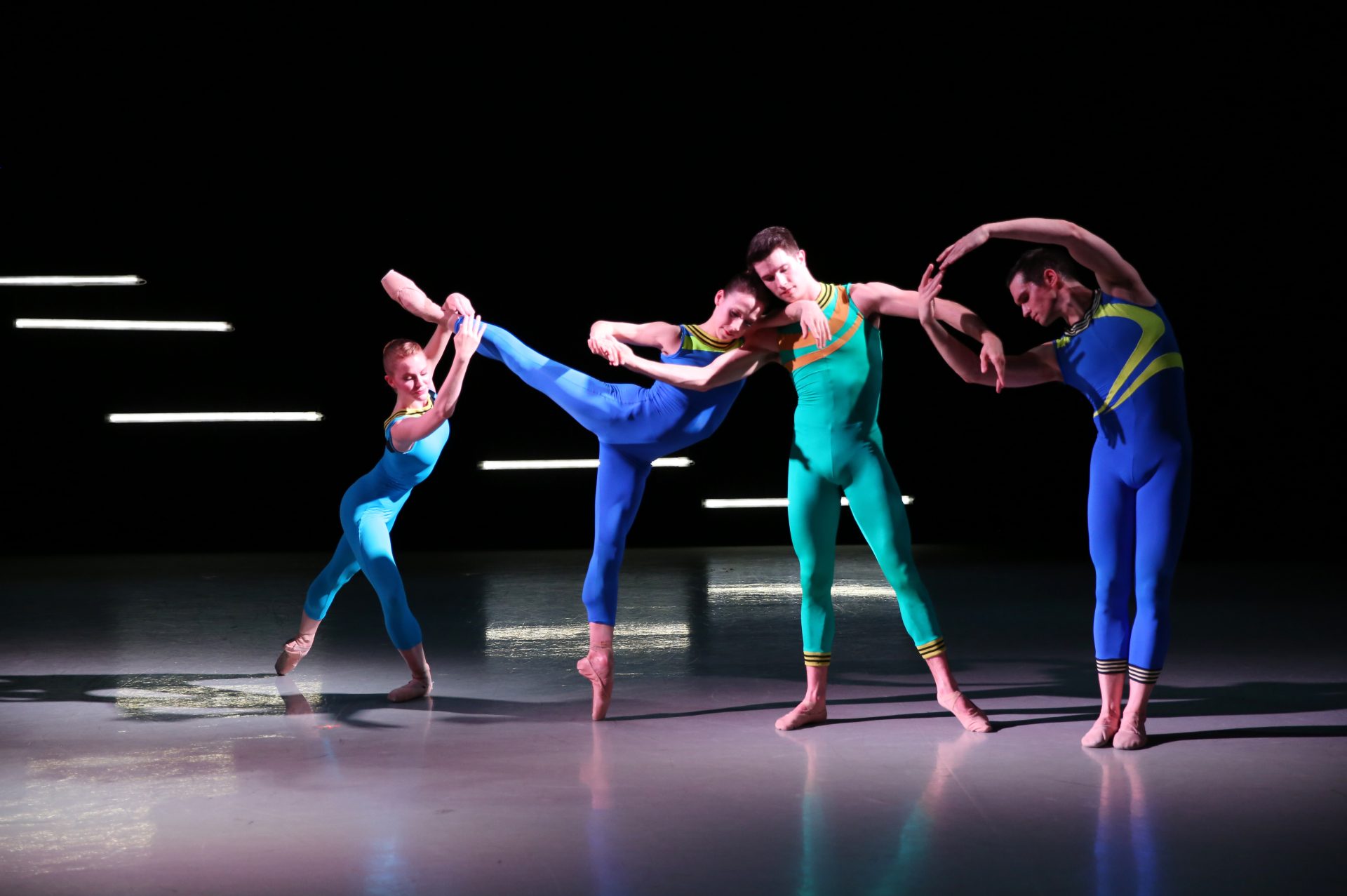 After a short intermission, Mayor Stoney entered the room and sat just in front of me for the world premiere of Katarzyna Skarpetowska’s “Awkarium.” This number featured 12 of the Ballet’s best, and it simply did not disappoint. Following the theme of a fluorescently lit aquarium, costume designer Fritz Masten, this year’s recipient of the Irene Sharaff Award, clad the dancers in leotards of blue and green with yellow stripes, making them truly reminiscent of a school of saltwater fish. Unique choreography and real fluorescent light stripes as a backdrop made the dance an experience, taking me inside the water. The piece featured excellent pointe, and when the company takes the piece to Salt Lake City on tour, the rest of the world’s ballet community will be in for a contemporary treat.

The audience was welcomed to the first-floor lobby at the end of the performance for a special ribbon-cutting ceremony of two fresh dance studios, named after founding board members and donors, aiming to increase School of Richmond Ballet students and Minds in Motion participants. After speeches from the nonprofit’s board, the Artistic Director, and Richmond’s mayor, three alumni from the School cut the ribbon, ushering in a new capacity for the historically-renovated building of Reynolds Metal Company. Alumni Ira White, Maggie Small, and Anthony Oates were the first among the crowd as Mayor Stoney followed just behind for the public unveiling.