While our entire lives have been digitized with the likes of Netflix, Hulu, Spotify, and Apple Music replacing how we view and get our TV shows, movies, and music, the nostalgia of recording your favorite movie or renting and bringing home a fancy-case Disney classic on a VHS tape lives strong in anyone born before the late 90s.  The medium was the way to watch and record your favorite shows and movies before the rise of DVDs, and one local musician is keeping that medium alive.

Satellite Syndicate visuals creator/producer .oldneon is a millennial at heart, but his love for the retro lo-fi video aesthetic shines through in his work, as evident in Fly Anakin’s “machinegunfunk” video from 2015 and Big Kahuna’s recent release for “Counter Culture”.

Recently, .oldneon collaborated with Richmond beatmaker, producer of soulful hip hop, and fellow lover of lo-fi experimentation, Ohbliv, on his project DarkTwaine, Ohbliv’s alter ego. RVA Mag gave you the scoop on DarkTwaine’s latest project, Never Did We Not Exist, back in October.

The two creative minds decided to collaborate and release an original music project known as Electrik Food, with a limited 50-copy (now sold out) VHS release, which may not seem like that many, but that was all part of the plan according to .oldneon, whose real name is Sam Roots.

“One time an artist {a pants designer}  old me one of the most inspiring things I’ve ever heard,” he said. “‘Why don’t you make more of these?’ “His response was, ‘Scarcity is what makes the value of art go higher,’ and that kind of sat with me.”

Electrik Food is .oldneon’s love letter to the dying medium of physical media in the age where video and ideas are taken for granted, and almost anything can be shared at the speed of light.

“We chose to make it a VHS exclusive as a rarity factor to highlight how we have like YouTube,” he said. “Everywhere you go, you see computer screens, you go to McDonalds’ and the menu is on computer screens. You don’t ever take the time to try to seek out to see a video. So to put it on VHS made the most sense for doing that,” said Roots.

The visual album known as Electrik Food is a dark afro-psychedelic delight from start to finish that takes you through a rollercoaster ride of emotions through the experimental style of DarkTwaine. Several recognizable clips, such as reggae legend Lee Perry’s Studio Black Ark, Ghost Dog: The Way of the Samurai (1999), footage from revolutions in Nicaragua, Afghanistan, Teheran and tribal ceremonies are all mixed in with .oldneon’s signature visual patterns.

His use of overlaying these effects over footage stay true to the old school format by using video mixers and other retro hardware, and it also stays in the 4:3 aspect ratio of the days of old.

“I did a lot of edits myself, like, the way I did the edits were so many there are so many different ways I did, some of it was running it through a lot of video hardware kind of the best way I can describe it,” Roots said. “When I throw on a lot of old school mixtures I kinda created my own sort of glitch effects in order to make the video seem like it was collapsing.”

Roots put in hours and hours of work that could technically be considered over a couple of years of work. He and Ohbliv have been sitting on the project for quite some time now and he would pick it up here and there to tinker with it to get it just right.

“I wouldn’t touch it for a month and one day I would do a lot of work on it and sit on it again. You just sit there and wait for it to come and when it comes you just act on it,” he said.

Waiting for moments of passion for the project definitely paid off as all the responses to the project were overwhelming positive especially from Ohbliv himself.

“I feel great about them(the visuals),” said Ohbliv {DarkTwaine}. “I met .oldneon through Satellite Syndicate and instantly became a fan of his work, so I trusted his creativity and let him interpret the sounds through the visuals he chose.”

With free reign to do what they want is the dream for a creator of any medium and .oldneon did not pass up the opportunity to do so by filling the entirety of the T-30 VHS tape.

The collapsing effect is a message not only representing society, but the idea of physical media itself with the 40-year-old VHS that stood the test of time surpassing all other physical video mediums until it was overtaken by DVDs.

As with any .oldneon project, a bit of symbolism is always thrown into the mix and such was the case for Electrik Food.

“It is like seeing it in a movie theater back in the 70s, so that’s like your chance to see the film,” he said. “You have to go to see the film and if you didn’t you missed out on the experience. I kind of wanted to emulate that, especially with the movies today with Netflix and on-demand stuff like that, the excitement of seeing something is hard to emulate again in like video media.”

But of course, even though the beloved days of going to Blockbuster on the weekend, picking out just the right tape to bring home and insert into your clunky video cassette recorder machine, and fighting with the static and tracking only to find the person before you didn’t rewind are over for most people, .oldneon still prefers it over any other medium.

Though this was a strictly VHS release and its since sold out, the creative visuals producer did have a surprise for his fans and Twitch followers as he had a pre-screening of Electrik Food on the popular video game streaming service.

“This was actually Ohbliv’s idea, he was saying maybe we should have a screening for it,” Roots said. It went pretty well. It was pretty stressful on my end, my internet was acting very funny at the time. We got a good 120 people watching the stream before we actually streamed the tape.

I was basically partying in my room alone with some awesome music, it was a fun time.”

Creating that enthusiasm was what inspired .oldneon to get involved in making films and while Electrik Food will not be revived, Roots has more coming down the pipeline.

He is planning on having a DVD release soon for a few other artists, he plans on releasing his music, and he is even planning on throwing a discotheque -like party for Richmond as it is a rarity even for our city-so keep your eyes peeled for more on that.

Hopefully, you snagged a cop in time or you may know of a friend of a friend who owns it. Get together and have a viewing party. 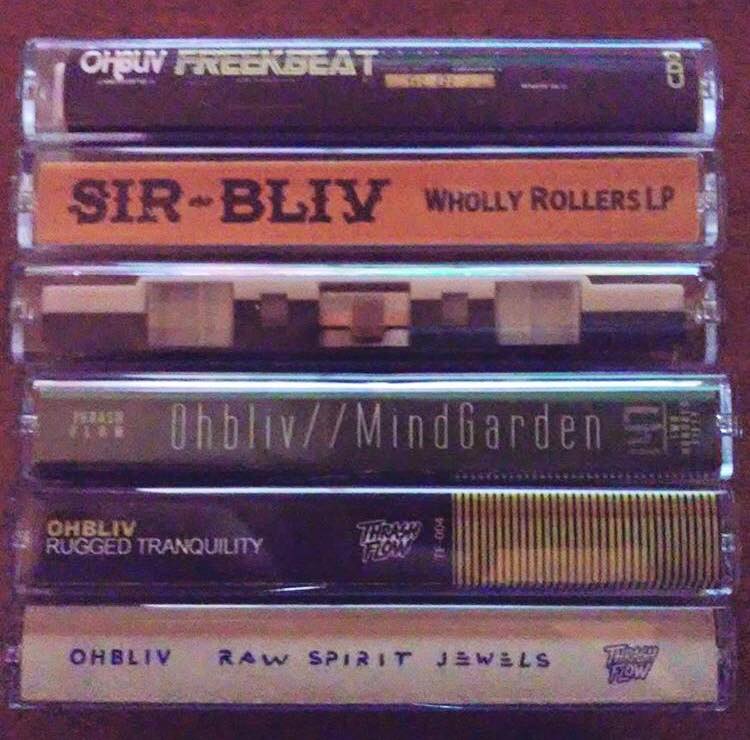