“I want to help them get their message out,” Dreamer said. “With the artists I work with, there’s a synergy there, and an understanding that I want to use my craft for them.”

While most of their artists are focused on hip hop, Dreamer says the cornerstone of the label is anything purpose-driven.

“It focuses on encouraging people, uplifting people and the whole ideas of social action and social issues,” he said. It doesn’t have to be hip hop, but anything that connects with people and is authentic.”

Although still an up and coming label, DFP Vibes is designed to handle management for its artists past the basics. Dreamer’s background in entertainment and project management led him to adopt several roles when the business launched last year, pushing artists to build their brands and diversify.

“Every artist has a lot of different pieces where myself or Jay will understand how we can help manage their careers,” Dreamer said. “We want to find out what the end should look like, what are our goals, and are we meeting them … we want to bring equity to our artists.”

After undergrad at Virginia Union University (VUU) where he’s now a professor, Dreamer got his master’s degree in entertainment business. He’s built Dream for Purpose partnerships with brands like K Swiss and New Era.

“The business and management can limit the creative process between the numbers and percentages, but the doors we can open up for tours make sense to start a lot of things small,” Dreamer said. 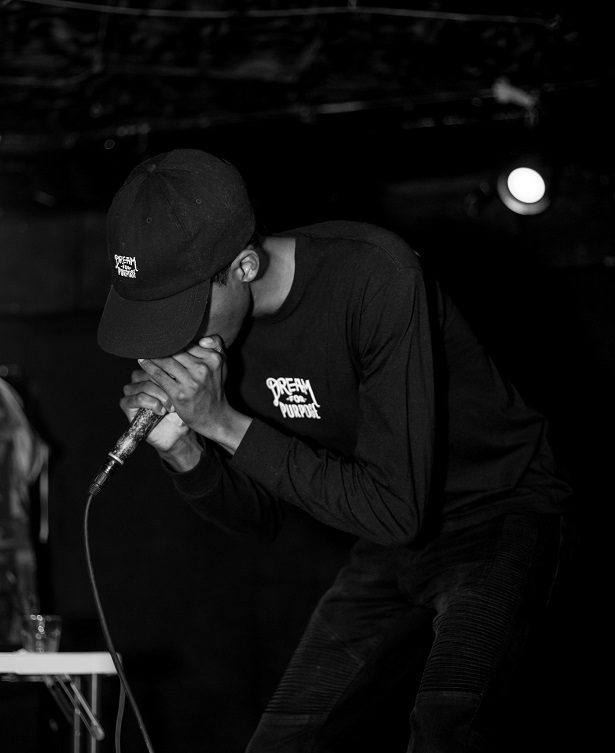 Dreamer works with artists on songs and promotions while handling their merchandise, products, apparel and web stores. The DFP Vibes team works case-by-case to curate each artist’s projects depending on individual needs.

For Noah-O, the label’s first client, they rolled out vinyls and a pop-up shop for the release of his 2016 album, The Rain.

Popular in Richmond for his strong album releases, Noah-O also hit the streets last year in his web series, The Evolution of Noah-O to spotlight Richmond’s cultural scene. Most recently, he’s released a series of videos off his The Rain, which you can check out below.

RVA Mag really had the chance to dig into Chance Fischer’s style and flow when he released the track, “Souffle” October 2015. He’s since dropped the album Wreath, and his most recent single, “Ibiza,”  has already reached almost 1,000 streams since it dropped on Soundcloud in May. He was featured on the song “Southside” from fellow DFP Vibes artist Deron, which dropped last summer.

Earlier this month, Deron released a summer-inspired playlist for 2017 called Summer’s Coming  and the local label’s Michael Millions has been busy shaking things up in the Richmond hip hop scene which his album and short film, Beautiful, released in the fall of 2015.

The label’s other artists Rob Regal, a Washington, D.C. native,  has rapidly gained a reputation for his albums, The Balance and The Practice.

For aspiring artists and managers, Dreamer says having a clear idea of where you want to go is the best way to get there.

“Reach out to somebody who’s doing it. Earlier in my career I did that, planning where I was at in my life and where I wanted to go. It’s not a complete road map, but ask for advice.”

If you’re looking for a smooth track to play while you’re cruising around Richmond on a late Friday night, look no further. A new face on the RVA scene, Deron, has provided us a new hit.
END_OF_DOCUMENT_TOKEN_TO_BE_REPLACED