The weekend of August 11-13, 2017 was a weekend that has pushed its way into history and not the good kind. In order to protest the removal of the statue commemorating Robert E. Lee in Emancipation Park, the city of Charlottesville had become the unwilling home of the white supremacist Unite the Right Rally this past summer. Masked as the “alt-right” and “first amendment supporters”, these supremacist groups took over the UVA campus armed with tiki torches, white polos, and khakis– and then later the next day took over the town – with help from armed militia.

During the weekend the eyes of Virginia and indeed the country were on Charlottesville. Unite the Right, which left 30 injured and one woman dead – in a vehicular terrorist attack – was enough to incite a national debate on the place that Confederate monuments hold in our public lives. In turn, this has led to many smaller rallies, such as last September’s neo-Confederate rally at Lee Monument in Richmond and public commissions like Mayor Stoney’s. Nonetheless, the controversy surrounding Confederate monuments has persisted since Unite the Right.

The discussion is far from over, however, and dialogue is what Charlottesville-based firm Bushman Dreyfus Architects hopes to encourage with their design competition – which calls for monument proposals from local artists, designers, and residents for the west end of the downtown mall in Charlottesville.

The company originally planned on placing the monument right where the action happened – Emancipation Park. Yet it soon became clear that the location of the monument had to have a greater impact, and that the violence surrounding Unite the Right at Emancipation Park would only undermine the idea behind the installation.

“We were searching for something significant we could contribute to our community,” said Jeff Bushman, co-founder of Bushman Dreyfus Architects.

The firm made it clear that while their company was impacted by the rally, it was not affected any more than the rest of the community–they simply have the platform and ability to change the conversation through this design competition. “Silence equals abdication,” said Bushman, who stressed their responsibility to represent the residents of the city with their art. 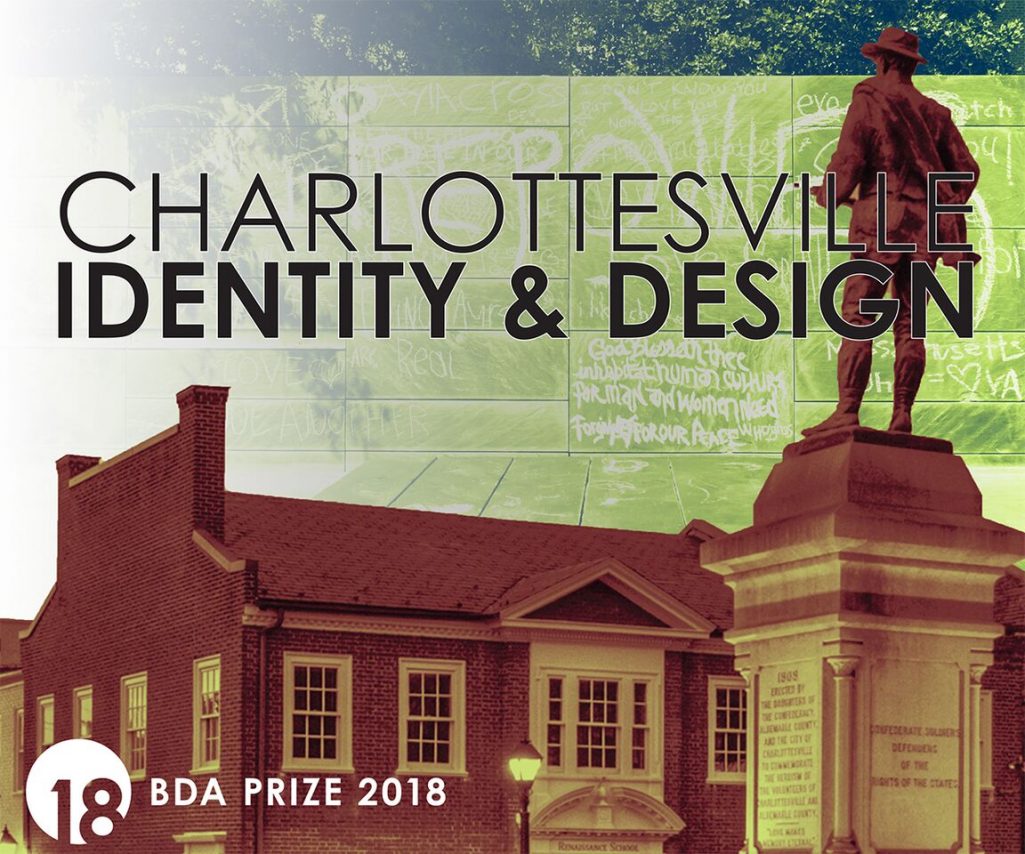 In the months following the rally, so much of the state and national focus was on the role Confederate monuments should play in public spaces, yet the team at Bushman Dreyfus wanted to encourage dialogue through design. “We believe in design, we believe design makes a difference,” said Bushman.

Recent comments on the announcement, however, have shown that starting dialogue is never that simple. The firm has received backlash over the proposal simply because it was inspired by the events of last August. Comments have included both men and women (from around the country) who firmly believe that Confederate monuments have a place in the public spaces and that proposing a new monument to create dialogue is not a valid concern.

“There are people that hate our country and will state there is nothing good in America thus want removal of statues of our founding fathers and famous generals!” said one user on a recent NBC29 article on the announcement of the contest.  “Some people are never happy or content and want others to feel and be unhappy like them!”

Another comment on the same article reads, “The statues are part of our heritage and magnificent works of art. Only a fool cuts off their nose to spite their face.”

Bushman Dreyfus Architects, wants it to be known that the context of what happened is important, yet the competition is ultimately not here to remind people of the past, but to move the community forward into the future.

“Conflict is never resolved, it is the water that we swim in,” said Bushman.

The company remains committed to the idea that this competition should be used to compel the city of Charlottesville forward and not to let the perpetrators of the white supremacist rallies this past summer steal away the culture and richness of their community.

“Some of us did attend a march to reclaim the UVA spaces invaded by the tiki-torch brigade. That under-reported event was 5,000 strong or so,” said Bushman. “It followed the route the Nazis took the previous Friday and was secretly arranged by text, word-of-mouth, and social media only. That was a beautiful counter-statement.”

The Identity and Design Competition calls for art that will reflect the common values of the community – as a whole – in order to showcase what it is like to be a citizen of Charlottesville. The guidelines are specific and proposals featuring a “remembrance to a person, place, or event” will be disqualified. The contest will be judged by a distinguished board of professional artists, architects, authors, and activists including Beth Meyer, Maurice Cox, Dr. Andrea Douglas, Brian Wimer, and Dr. Scott A. French. The contest will also be moderated by John Grisham, an author, attorney, and activist who happens to also be a resident of Charlottesville.

The deadline for registration is Feb. 22 by midnight with the posters being due by mail the following day. The winner will be announced at the Community Choice Award on April 10.