“Stand-up is survival. For me that’s jazz, that’s what I have to do.”

It is hard to overstate the impact that Robin Williams had on just about every aspect of comedy since he broke the scene in the mid-1970s. His sheer energy, razor-sharp wit, ability to morph his persona into characters both known and unknown, and genre-defining stand-up shaped almost two generations of film and TV. A person would be hard pressed to not know many of his iconic characters, which spanned an impressive range, from the alien Mork of Mork and Mindy, through serious roles like those of Adrian Cronauer in Good Morning Vietnam, or the unorthodox English teacher John Keating in Dead Poets Society and the influential psychologist in Good Will Hunting, through to comic roles like the jinni in Aladdin.

Williams, who would have been 67 this week, died four years ago at 63 after taking his own life, shortly after he was diagnosed with Diffuse Lewy Body Dementia in August 2014.

To celebrate the impact of his life, HBO has released a new documentary, titled, “Robin Williams: Come Inside My Mind.” Directed by Marina Zenovich, who has also made films about Roman Polanski and Richard Pryor, the film is primarily comprised of clips from Williams’ life and interviews with other comics, family, and actors who knew him best, including Billy Crystal, David Letterman, Eric Idle, and Steve Martin.

The documentary is a thought-provoking look, not just into the genius of a man whose talent was omnipresent, but the trials that come with fame and the expectations of comedy. His life was a portrait of a man who was genteel, decent, and generous, not a self-obsessed celebrity who could not escape the trappings of wealth and access.

“Robin Williams: Come Inside My Mind” can be found on HBO and HBO GO.

In the fall of 2004, when Taboo was a single store operation just entering toddlerhood, a VCU Photo and Film student politely inquired if I might allow him to create a documentary.

END_OF_DOCUMENT_TOKEN_TO_BE_REPLACED

Have you heard about Vivian Maier? This longtime street photographer spent most of her life working as a nanny, taking tons of photos in her spare time and keeping all of them to herself. A huge cache of her work was discovered shortly after she died in 2009 and uploaded to Flickr, where it went viral and gave Maier the sort of art-world fame and credibility she’d spent her whole life avoiding.

END_OF_DOCUMENT_TOKEN_TO_BE_REPLACED

When most people think back on Halloween, the walk down memory lane may include the old neighborhood trick-or-treat route, the homemade costumes someone made you wear, those plastic vampire teeth that never fit inside anyone’s mouth, and using a pillowcase instead of a real bag for candy because it held more inside. However, the most memorable part of anyone’s past, present, and future Halloween experience will always be the haunts.

Today’s haunts are usually done on a grander scale, using cornfields, hayrides through the woods, or rented-out warehouses. The actors are supreme, the effects are on point, and the purpose is achieved. You have been thoroughly scared–and it only cost you about $35-$40.00.

Now, haunts on the grand scale need that kind of money to stay amazing. Not only is it an entire production that you get to see come to life, but the attraction must constantly out-do itself every year. And though they may be worth every penny, there’s something to be said for those original neighborhood haunts that still exist in close-knit communities, achieving the same overall effect at no cost to the visitor.

The cost to the families behind these memorable nights is another story entirely. In 2012, Michael Stephenson documented the efforts of three families in Fairhaven, Massachusetts, who all had one goal in mind during the months before Halloween: to create the neighborhood’s best haunt. The American Scream takes a powerful look at these families’ love of Halloween on every level, as well as the sacrifices they make–which surprisingly hit closer to home than anyone would ever imagine.

The three families that are the focus of this documentary include Victor & Tina Bariteau and their children; Matthew Brodeur and his father Richard; and Manny & Lori Souza. As viewers get to know the families behind these three haunts, we can see the individualistic passions each creator possesses that contribute to the overall success of their haunts every year.

The Bariteau family are primarily featured due to Victor’s background and passion for his eclectic Halloween haunt. Victor’s attention to detail and deep-level commitment to dumpster-diving, attending haunt conventions, and engaging in workshop creativity reflect the amount of heart that not only he, but his wife and children, devote to making the walk through his backyard an unforgettable night of fear and fun.

As a direct result of his friendship with Victor Bariteau, Manny Souza took on the hobby of Haunting-out his backyard as well, using similar methods to achieve his desired effect. Unlike Victor, Manny stops there. Manny’s focus is more big-picture, less detail oriented. For him, the minute details are just a small piece of the puzzle, not the whole image. 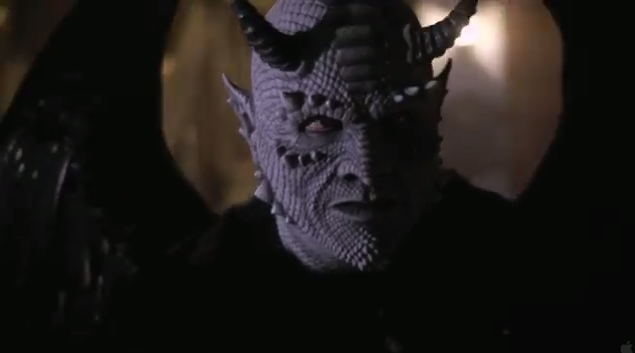 By taking the step back, Manny is able to enjoy the process of building his own haunt without adding intense amounts of stress. Manny not only serves his neighborhood as the creator of one of the best haunts in Fairhaven, he also canvases the neighborhoods surrounding his own to find the best Halloween setups. He then maps them out for his communiy’s enjoyment and makes the maps available to the public. It’s a selfless effort to ensure that not only his family, but all local families maximize their fun on Halloween night.

The third family featured is the father-son duo of Matthew and Richard Brodeur. Best friends in every way, these two are just as imaginative and creative as the other families. Other than the occasional help of a devoted friend, all of the work to pull off their dream haunt falls on Matthew and Richard’s shoulders. Disadvantaged by medical issues and manpower, it’s amazing to see the father and son pair commit the same amount of love and patience to their project as the other families. The message of The American Scream is clear: if you love to do something enough, nothing on earth can make you happier.

The American Scream is a heart-warming look at the men and women who work selflessly to make Halloween extra special for their community, with the only return on their two-month investment being a scream, laugh, and a smile from a walk through their creation.

Though each family has their own struggles, sacrifices, and stories, The American Scream connects each of the back-stories to the amount of heart that goes into each haunt with seamless ease. 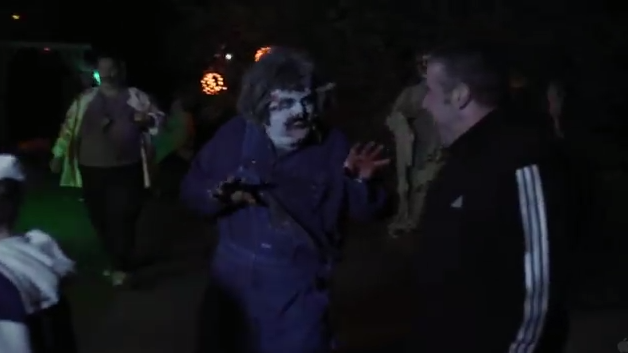 Anyone who takes a look at the men and women behind this metaphorical curtain by checking out this documentary will walk away with a newfound appreciation for those who go all out this time of year for our personal enjoyment. The American Scream is a truly touching illustration of not just the love for Halloween, but also the love for family, friends, imagination, creativity, and community as a whole.

This movie gives any Haunt lover new insight and appreciation into RVA’s most prized haunts (and you know we’ve got the best). Check them out, show your support, and always have fun. After all, it’s made just for you.

The 1925 collapse of a train tunnel beneath Church Hill is the subject of a documentary currently in production here in RVA. The Church Hill Tunnel Collapse Documentary focuses on the 1925 disaster itself, as well as its present-day ramifications.
END_OF_DOCUMENT_TOKEN_TO_BE_REPLACED