A dazzling look at all Richmond’s favorite botanical garden has to offer this holiday season.

Lewis Ginter Botanical Garden is inviting everyone to their annual light show, Dominion Energy GardenFest of Lights. The show, which displays over one million lights, runs until January 7.

“This year for the first time ever, we have a million lights,” Holland said. “In the past, we’ve had fewer than a million, so it’s really nice to be over that million mark.”

Holland said that even though they reached that goal, there’s a lot of planning that goes into the light show that people don’t realize.

“There’s so much planning and moving parts that go into the Dominion Energy GardenFest of Lights that people don’t realize,” Holland said. “We plan over a year in advance. And typically, at the end of this show, we will pick the theme for two years from now.”

Lewis Ginter hasn’t released the theme for next year yet, but Holland said there is a mission behind each one they chose.

“We try to pick a theme that allows us to enact our mission into the light show,” Holland said. “Our mission is education, and our passion is connecting people through plants to improve the community. But that educational piece is very important.” 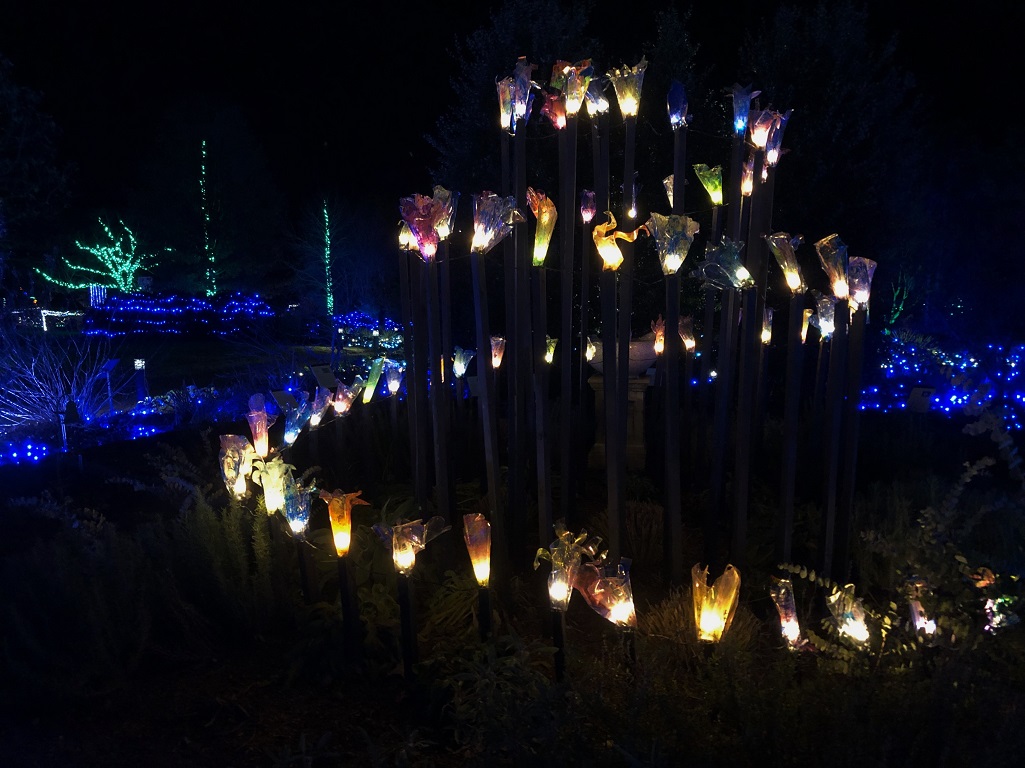 Holland stated that, since this year’s theme is about art, it allowed them the opportunity to pick different interpretations and become more inspired.

“Because of the wide variety of interest and diversity of our staff, we’re able to incorporate that variety on interpretations of the theme,” Holland said. “It’s really appealing to a wide and diverse audience.”

GardenFest of Lights visitor Karen Landrum said that her family has attended the light show for 18 years.

“It’s just a fun Christmas thing to do that’s not too expensive,” Landrum said.

Landrum said that her family always looks for the different themes and the incorporation of new ideas.

“I think that it helps to keep it fresh, so it’s not the same thing every year,” Landrum said. “I like how they recycle some of the pieces to fit the theme, when sometimes we don’t know the theme ahead of time.” 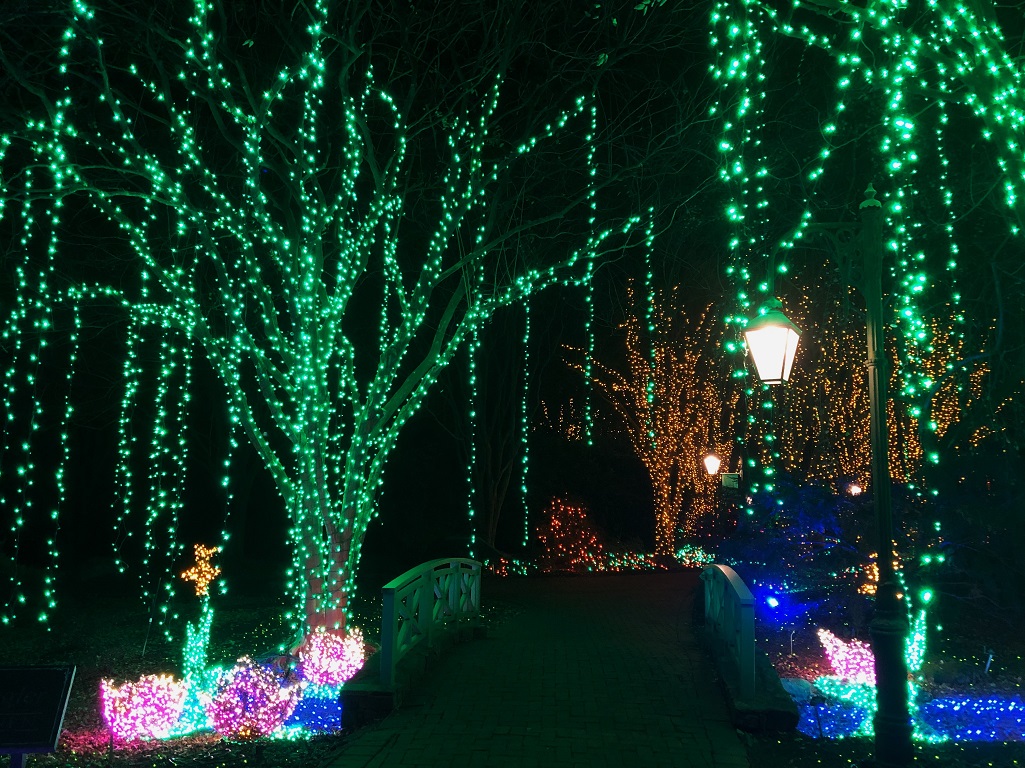 Another annual visitor, Susan Stough, said that each year she sees different things that catch her eye.

“I always see something and go ‘Wow, isn’t that cool?’ or ‘Isn’t that interesting?’, or just grabs my attention in general,” Stough said. “You can spend a whole evening here and it’s just beautiful. We always run into someone we know and that’s kind of fun, too.”

Holland said that Lewis Ginter realizes a lot of people attend the garden at night, and they want to do whatever they can to make it beautiful.

“For a lot of people, this may be the only time they get to come to the garden, and it’s starting to get dark,” Holland said. “We want to make sure we give every opportunity to make it educational, and uplight the botanical specimens at night.”

All photos by Morgan Macenka. Top photo: View of the Conservatory from the Robins Visitors Center.

I’m not a huge fan of the holidays. I get a real “get off of my lawn” attitude around this time of year that doesn’t mix well with 24/7 Christmas songs and more traffic than usual.
END_OF_DOCUMENT_TOKEN_TO_BE_REPLACED