Kevin LaMarr Jones is a resident Richmond choreographer that teaches, practices, and performs at Dogtown Dance Theatre and will be the featured artist for the 2nd annual 2017 Dogtown Presenter’s Series. The Presenter’s Series is a two-week fall celebration that highlights the independent artists and organizations rehearsing and teaching at Dogtown, and for the 2017 Series, Jones’ African-Caribbean community collective, CLAVES UNIDOS, has been invited to exhibit six professionally-produced performances, along with master-level workshops and classes, to Richmond audiences. This year’s Presenter’s Series has received funding from the Virginia Commission for the Arts and CultureWorks RVA.

“The performance’s title for the 2017 Dogtown Presenter’s Series is ‘Ancestral Memories: It Takes A Language,’ and it is a coming of age story with a globally-African soundtrack,” Jones said about his 2017 Presenter’s Series performance. “Through dance, we call upon familiar African American imagery to provide a snapshot of the experiences that all humans share around the world. Featuring music from Guatemala, Brazil, Cuba, and the United States, ‘Ancestral Memories’ creates a universal experience through dance and imagery.”

Jones’ and CLAVES UNIDOS will also offer free community workshops specialized in the African diaspora on Sat. Sept. 16 and 23 at 10:30am, with a final Bomba workshop on Tues. Sept. 26 at 7pm. All dancers in the Richmond area are encouraged to join Dogtown and CLAVES UNIDOS for these amazing workshops, and a chance to dive deeper into the story of “It Takes a Language.”

Dogtown Dance Theatre’s Artistic & Executive Director, Jess Burgess, created the Dogtown Presenter’s Series with the hopes of elevating the movement artists that call the theatre home. “The Dogtown Presenter’s Series is an innovative way of producing dance artists in the Richmond community,” Burgess said. “No other dance organization is providing the necessary resources needed to local artists to produce professional level concerts completely free of cost. These resources include rehearsal space, the technical production, marketing, public relations, and a guaranteed financial stipend.”

Burgess spoke more in depth on how deep the impact of the Presenter’s Series goes. “The Dogtown Presenter’s Series embodies Dogtown Dance Theatre’s mission by bringing professionally-produced dance concerts alongside specialized dance education that sculpts and pioneers Richmond’s expanding, diverse dance landscape,” she said. “The Dogtown Presenter’s Series’ own mission is to expose Richmond audiences to Dogtown choreographers who reflect the cultural diversity alive in dance today, to promote artists from a variety of dance styles and genres, and support them in creating new works of expression. In doing so, the Series will ultimately nurture long-term and multi-faceted partnerships between Dogtown Dance Theatre, its choreographers, their audiences, and the Richmond community.”

“Ancestral Memories: It Takes A Language” was first conceived by Jones during his senior year of his undergraduate studies in the Virginia Commonwealth University Dance program. His voracious insight and intrigue into the origins of dance evolved as he grew as a choreographer. “I came to a firm understanding in my years dancing for Richmond’s Latin Ballet that Latin dance has its roots from Africa,” Jones said on the show’s origins.

In 2011, “Ancestral Memories: It Takes A Language” became the first show Jones and CLAVES UNIDOS performed on Dogtown Dance Theatre’s main stage and exists as Jones’ first main stage production of his artistic career. Having been selected for the 2017 Series, CLAVES UNIDOS is utilizing the opportunity to restage their first production, demonstrating the importance of their work while creating nostalgia for their African-Caribbean dance art patrons.

“We present a new paradigm of dance that is genre-bending, beyond categorization and culturally-imposed limits,” Jones said on his choreograph-centric pedagogy. “Through the Series’ production, we will demonstrate the importance of the African influence of music and dance in our daily lives, reveling in how we continue to inherit from its treasures of culture, spirit, and community.” Stories such as “Ancestral Memories: It Takes A Language,” therefore, can be recited regardless of language and origin. 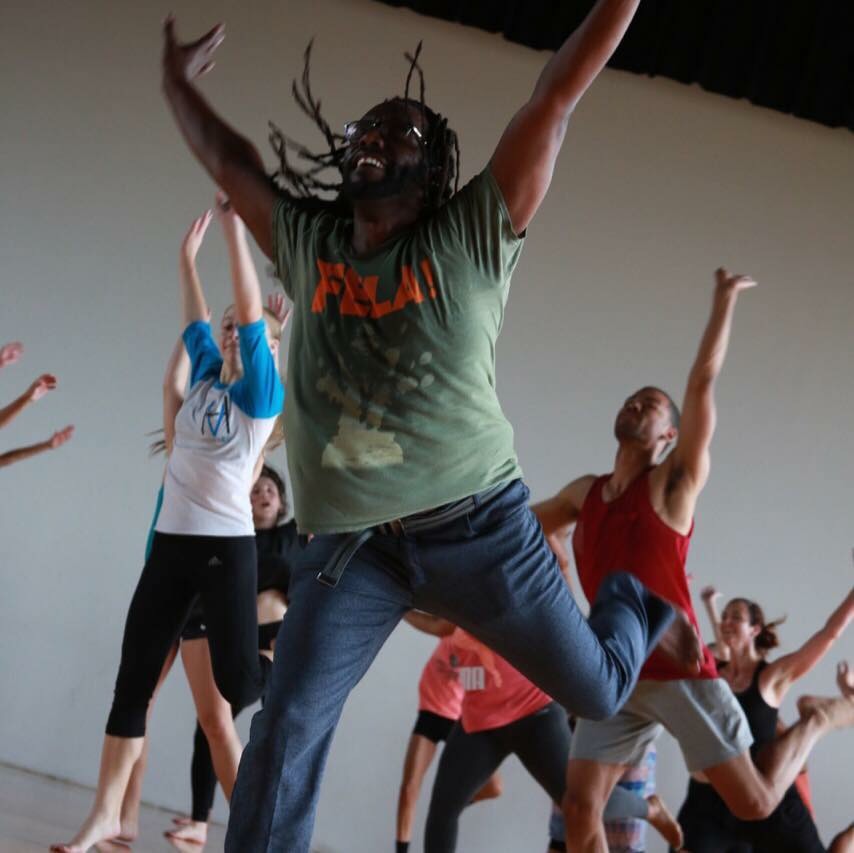 Jones poses an overdue question with this restaged production of “Ancestral Memories:” why should European dance traditions be considered more important, or higher artistic quality, or “finer” art than African dance forms when they are no less physical, expressive, or inspiring? Why does this bias exist? Black dance is contextualized in the United States as a result of the racial class system where most things black, dark, or African are deemed less or subhuman. “Ancestral Memories: It Takes A Language” serves Jones’ black experiences, alongside the lives of other black individuals, in a setting easily digestible by everyone, regardless of class, ancestry, or knowledge of African-centric dance.

The 2017 Dogtown Presenter’s Series will take place from tonight, Fri. Sept. 15 until Sun. Sept. 24 at Dogtown Dance Theatre. Both Friday and Saturday shows will start at 7 pm and both Sunday shows will be a matinee starting at 4pm. Tickets are $16 for adults and $11 for children.