Vinyl Conflict record shop has announced that Nickelus F’s new album, Stuck, will be released on the shop’s locals-only label, Vinyl Conflict Records, later this summer with an edition of 500 copies. The album was originally released on AGM on May 11 as a digital-only release.

Vinyl Conflict is known throughout the region for its selection of punk, metal, and hardcore records. Bobby Egger, owner and operator of Vinyl Conflict, started the locals-only imprint almost a decade ago to showcase punk and hardcore groups from Richmond. Nickelus F will be the first hip-hop artist on the label. 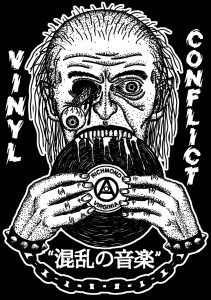 “[Bobby] reached out to me and asked about you know, would I be interested in having it on vinyl,” said Nickelus F, “I said, ‘fuck yeah.’ Damn right I want to have it on vinyl.”

Nickelus F is a prolific underground hip hop artist who has been releasing music in Richmond since the mid 2000s. He was known early on for his appearances on BET’s 106 & Park “Freestyle Friday” and for his guest spots on several Drake songs. In 2011 he collaborated with Ohbliv for the mixtape Yellow Gold, and in 2015 he released Trick Dice with Lil Ugly Mane. He produces and writes records at a fast pace, and has released a solo album every year for the last three years.

DIY punk labels and hip hop artists have been collaborating more often in recent years, and there is history between the two genres that dates back to the early 90s when Public Enemy and Anthrax teamed up on “Bring the Noise”.

More recently, Brooklyn rapper Ill Bill recently released a split single with Ghoul on Tankcrimes records, and Austin punk label 540 Records has released several hip hop records now, but the underground punk and hip hop scenes in Richmond have not yet crossed paths, which makes this release a unique event. Nickelus F, already a fan of punk and metal in the city, sees plenty of similarities between the two genres.

“I think the underground nature of my music, the rawness of it, and the attitude of it, is very punk and very rock,” said Nickelus F. “I feel like people identify with that about my music. I like the punk rock way of doing things, I like the grind of it all.” 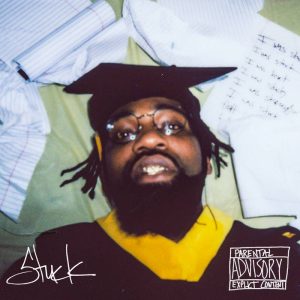 DIY punk labels like Vinyl Conflict don’t operate like major labels. Short runs of vinyl releases are produced without a contract between the label and the artist, and the artist receives a portion of the copies to sell on their own at concerts.

“The thing that’s dope about the way that Vinyl Conflict runs is that, its like, you get on the grind and you do this,” he said. “Like, we’ll give you these records whatever, its up to you to sell them though, its up to you to get out there and rock these shows and make people want to buy this shit. And that’s always been my mindset going into things anyway.”

The Richmond hip hop scene has been growing in recent years, and there are now more events and open mics than there used to be in the city. Monthly events like RVA Lyricists Lounge are helping bring people together in the community, and the gathering has become a place where young, aspiring rappers can cut their teeth.

“We went through some really really dark times out here,” said Nickelus F. “I think we’re raising the integrity of the art that comes out from the city when it comes to hip hop artists.”

Egger is excited for the upcoming release Vinyl Conflict records, and has several other hip hop releases planned for the near future. He was surprised to learn that Nickelus F was dialed into the punk scene well before they agreed to do the record, and that his favorite local metal band is Cough.

Nickelus F said that he’s never been to a Richmond metal show, but that it’s something he wants to do this year. 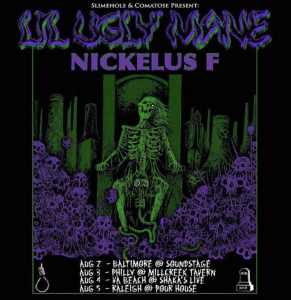 Nickelus F and Lil Ugly Mane are going on a short tour at the beginning of August, and will be playing Vinyl Conflict’s Customer Appreciation Day concert on August 25 alongside hardcore punk bands Bib, Nosebleed, Deviant, and Slump.

Virginia rapper Pusha-T’s latest album, Daytona, released May 25 via G.O.O.D. Music, has unleashed some intense backlash for what some believe is crude cover artwork. The controversial cover photo depicts late singer Whitney Houston’s drug-covered bathroom sink taken on the night of her death in 2012.

Kanye West, who produced the album, reportedly switched the cover art for the album at 1 am on the morning of its release after paying $85,000 to license the photo. Pusha-T told radio host Angie Martinez that the photo of Houston’s bathroom was not the original artwork, but that West changed it at the last second because he, “wasn’t feeling it.”

According to Rolling Stone, Houston’s estate was extremely disappointed in West’s decision to change the cover. “Even in Whitney’s death, we see that no one is exempt from the harsh realities of the world,” said her estate in a statement to ET on Tuesday. In an interview with Rolling Stone, Houston’s ex-husband Bobby Brown called the album cover disgusting, and said that West, “needs somebody to slap him or something.”

Prior to the release of the album, Pusha-T also escalated his long-running feud with Canadian rapper Drake. The dispute finally boiled over with the release of “Infrared,” the final track on Daytona where Pusha-T calls out Drake for using ghostwriters in his songs. Drake fired back on the same day with “Duppy Freestyle,” in which he calls Pusha-T a hypocrite since his producer, Kanye West, has publicly acknowledged his use of ghostwriters. Drake was a credited songwriter on West’s Life of Pablo.

The disagreements surrounding Pusha-T’s new release are eerily similar to the manufactured publicity stunts that often accompany West’s album and product releases. West is adept at stoking strong emotions from his fan base to ramp up publicity and create fodder for gossip columns.

The controversy did not stop there, however. According to Ian Sams, a communications manager for Senator Tim Kaine, who took to Twitter, the controversy has even taken hold in the UK with press outreach asking Kaine to weigh in on the drama. 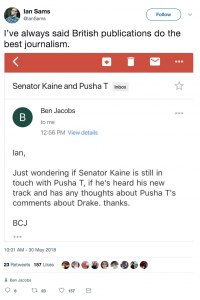 For those who were unaware of how these things connect: Kaine campaigned with Pusha-T in Florida during Hillary Clinton’s run for President in 2016.

2015 might be defined by a lot of things… Syria, ISIS, domestic terrorism, and Drake’s new hit single “Hotline Bling.”

END_OF_DOCUMENT_TOKEN_TO_BE_REPLACED

Who the hell thought of putting a music festival in DC and why the hell didn’t it happen sooner?!

END_OF_DOCUMENT_TOKEN_TO_BE_REPLACED

It’s here, it’s here! But don’t buy your plane tickets yet, RVA music fans–I’m not at all sure this year’s Coachella lineup will be worth the thousand bucks or so you’ll have to shell out in order to attend.
END_OF_DOCUMENT_TOKEN_TO_BE_REPLACED