On Halloween night, thousands gathered at the Greek Theatre in Los Angeles for a tribute concert dedicated to the life of artist Mac Miller, who passed away in September from a rumored overdose. Miller’s closest musician friends hit the stage to perform his favorite songs and the songs they’d made together. John Mayer, Chance the Rapper, Miguel, and many others spoke highly of Miller, sharing the memories they had of him with his grieving fans. This concert was the much-needed closure for family, friends, and fans of Mac Miller.

Miller’s death hit my generation hard. For us, rushing home off the bus in middle school to check out the latest music videos on YouTube and watch Wiz Khalifa’s DayToDay vlogs was the thing to do. Wiz Khalifa, Big Sean, Wale, Curren$y, Dom Kennedy, and Mac Miller were all in one class of artist. In another, you had A$AP Mob, Black Hippy (TDE), Flatbush Zombies, and The Underachievers. Yeats later, every single one of them still holds weight in the music industry.

While each of these artists were great, there was something different about Mac Miller. What was it that made his music so captivating? Besides the fact that he was a scrawny, witty, funny looking white kid, it was an undeniable fact that he had bars. He introduced us to “frat rap” and showed us how to “kick incredibly dope shit,” all while staying true to who he was. In the industry, a lot of artists get caught up in everything but the music and move away from their sound, chasing whatever is trending. Mac Miller never did.

This is why his death at 26 hit us so hard. At a concert in Chicago the night after Miller’s death was reported, Childish Gambino said, “This Mac Miller shit got me fucked up… we were both internet music kids, and a lot of critics were like, ‘This corny-ass white dude, this corny-ass black dude,’ and we used to talk. And this kid, he just loved music.”

Mac Miller brought my generation through all of these emotions as we faced middle school, high school, college, and finally adult life. We didn’t grow up on him, we grew up with him, and there are many people who thank him for being that long-lost friend they never even knew they needed.

And yet it was Mac Miller’s fight with depression and drug addiction, which was no secret, that made him the most real. Like millions of people, this was something he dealt with from the beginning. On his last album, Swimming, he dove deeper than ever before. Songs like “Self Care,” “Wings,” “Come Back to Earth,” and “Hurt Feelings” showed everyone just how in tune he was with these feelings. Music was his therapy, but so were the drugs which ultimately killed him.

Mac Miller, like many people, fell into unhealthy habits when going through something. And like many people, he had a very ugly break-up this past May. He turned to weed, pills, and other hard drugs in an attempt to erase the problem, but looking for that distraction killed him. The National Study on Drug Use and Health, conducted in 2016, found that “28.6 million Americans age 12 and over used illicit drugs during the month prior to the study.” This also means that one in ten people struggle with some form of substance abuse – including prescription drugs.

We have become content with drugs given their prevalence in our communities. Only when a situation like this happens do we realize how it could have been prevented if we just spoke up, instead of enabling. Mac Miller’s house was apparently “cleaned” by someone after his death, someone who enabled him. TMZ reported that a source close to Mac Miller even said it made no sense that someone who’d already taken a fatal overdose would then scrub the house clean of all drugs and paraphernalia in case they happened to die.

Drug addiction and mental health struggles are becoming all too common, in the entertainment industry as well as in everyday life. Recent celebrity deaths including Robin Williams, Anthony Bourdain, and Kate Spade prove that a better conversation about these taboo subjects needs to be had.

J. Cole said it best in his song “Friends,” “drug addiction and depression don’t blend.” And they never will. We have to speak up to our friends who we feel are coping with life the wrong way, before it is too late. Mac Miller waited until it was too late, and he will be added to the list of great influential artists who were taken away from us far too soon. Even as we mourn his loss, though, we thank him for everything he did while he was here. It will never be forgotten.

Local songwriter Saw Black is due to drop his new album, Water Tower this spring, and recently the Americana artist gave us a taste of what we can expect with his latest single, “Melted.”

In this single, the co-owner of Richmond’s Crystal Pistol Records, whose real name is Justin, puts an upbeat spin on a dark subject. “Melted” explores addiction, specifically opioid addiction and overdose and the impacts it can have on those who use and the people around them.

It’s a personal song for Black, who said he was inspired to write the song after hearing of a few of his former Powhatan High School classmates who overdosed on prescription opioids.

“It was a few years ago, a brother and step sister overdosed together and he died, and she was in a coma and eventually came out,”  he said. “I played baseball with the guy at a young age, their story was the most gripping to me. I thought it was a super scary thing, and I just felt like it was super sad, but an important story to tell.”

But at first, Black said he was apprehensive about making a song that was loosely based on the two, and tackling addiction in his music.

“I really didn’t know how we were going to make it work, I didn’t want the arrangement…the music of the song to be as depressing as the lyrics,” he said.

Luckily, his brother Parker Black and local musician and the other half of Crystal Pistol, Pete Curry stepped in to make Justin’s vision come to life and ultimately created his favorite song on the record.

“They really helped with the arrangement, bringing it up to almost that kind of disco beat, and I felt like that really made the song,” he said. “I think songs are really cool, oftentimes, when there’s sad lyrics, but the song sounds happy. It kind of sets the stage for the lyrics.”

While happy, spirited cheerleaders grace the cover of the upcoming album, and the guitars give the song an upbeat tone, the lyrics are heavy and powerful and paint a vivid picture of an everyday reality and struggle for so many people making for an almost hauntingly beautiful song.

The most recent CDC study shows opioid deaths are at an all-time high across the country. In 2016, opioids (including prescription opioids, heroin, and fentanyl) killed more than 42,000 people, more than any year on record. And the epidemic is growing rapidly in Virginia as well, with 1,268 people dying in 2016 from an opioid overdose, and of that number, 465 of those deaths caused by prescription opioids. 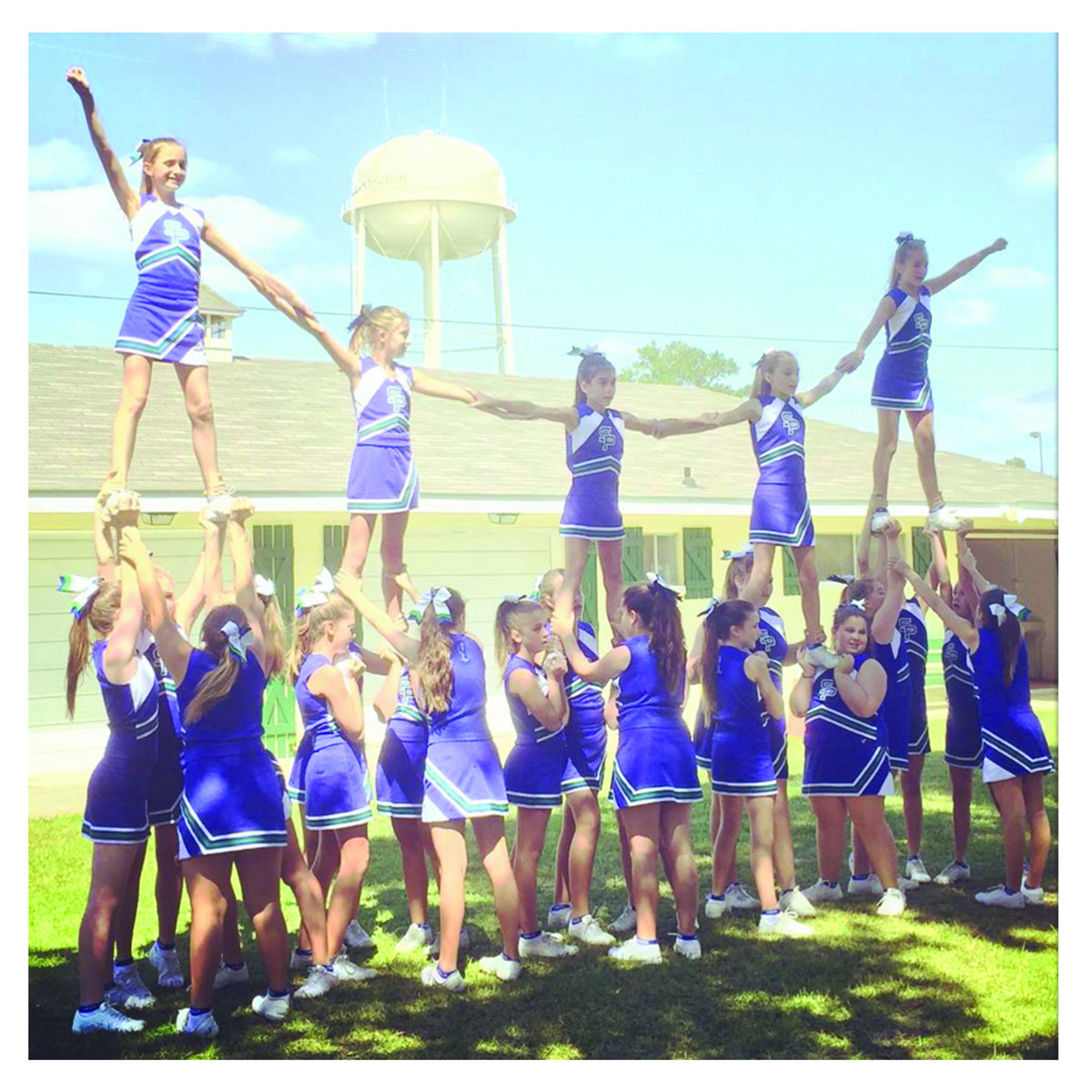 He’s personally known three other people close to him to overdose on opioids so it’s an issue that hits Black close to home, another reason he wanted to make the song.

“Now with fentanyl that’s being used to cut all sorts of different drugs, we’re just seeing more and more of this stuff happening,” he said. “It’s created a lot of people {who become addicted} that are not even crazy drug users because they don’t know exactly what they’re getting.”

Black recorded “Melted” a year ago at Russell Lacy’s studio Virginia Moonwalker in Mechanicsville. Curry played bass on the track, with Black’s brother Parker on drums, along with Doug Fuller on lead guitar, and Matthew Kuester on pedal steel. The single is the second song that Black has dropped ahead of Water Tower’s release. The video for the title track “Water Tower”, which was directed, filmed, and edited by  Chris Damon of Good Day RVA premiered on For Fork’s Sake last month. The forthcoming album will be Black’s follow-up to his debut, Azalea Days.

Black’s hope with “Melted” is to help someone who may be grappling with an addiction as well as urge people to reach out to their friend or someone else around them who is battling addiction.

Be on the lookout for an article on RVA Mag on Black’s forthcoming album, Water Tower, due out on Charlottesville-based WarHen Records as well as Crystal Pistol Records May 18. Until then, you can catch Black at Friday Cheers June 1 with Tyler Childers, which will be the first Richmond show after the album comes out. Following the release, Black plans to tour in June, with a show later in the month at Hardywood. You can pre-order the vinyl of the album here.