WWE professional wrestler and Richmond native Mickie James has been lighting up arenas for over a decade. On Oct. 28 the five-time Women’s Champion will make WWE history when she stars in Evolution, the league’s first all-women pay-per-view wrestling event.

The event is a major step for women in the world of professional wrestling. Historically, women in the business have received less air time and pay than their male counterparts. In April 2018, WWE was heavily criticized for hosting an event in Saudi Arabia, Greatest Royal Rumble, which featured no women.

Evolution could be a turning point.

“Women are making such incredible strides in the business right now, and breaking down barriers,” said James.

James will square off in Evolution against fellow Virginia native Lita, but the event will also feature UFC-champion-turned-pro-wrestler Ronda Rousey. The two wrestlers have a budding rivalry that intensified at Monday Night Raw’s main event at Richmond Coliseum earlier this year, where James received a raucous homecoming.

“It’s always amazing to perform in front of my hometown,” James said. “I’ve performed all over the world, and to be able to come back home and get that kind of reaction is amazing. It’s such an incredible feeling.”

Outside the ring, James has pursued a career as a country musician, debuting in 2010 and releasing two full-length albums and several singles in the years since. In 2017 she was inducted into the Native American Music Awards Hall of Fame, placing her alongside fellow inductees Link Wray, Hank Williams, and Jimi Hendrix, and won a Nammy for Song of the Year with her single “Shooting Blanks.”

Many people don’t know that James is half-Native American, descended from the Powhatan tribe of Virginia. Her mother and grandmother grew up at Mattaponi Indian Reservation in West Point, VA. The Mattaponi Indians  were one of six original tribes in the Powhatan chiefdom, but are currently only recognized by the state of Virginia — “[federal recognition] is one of the things we’re fighting for,” said James. 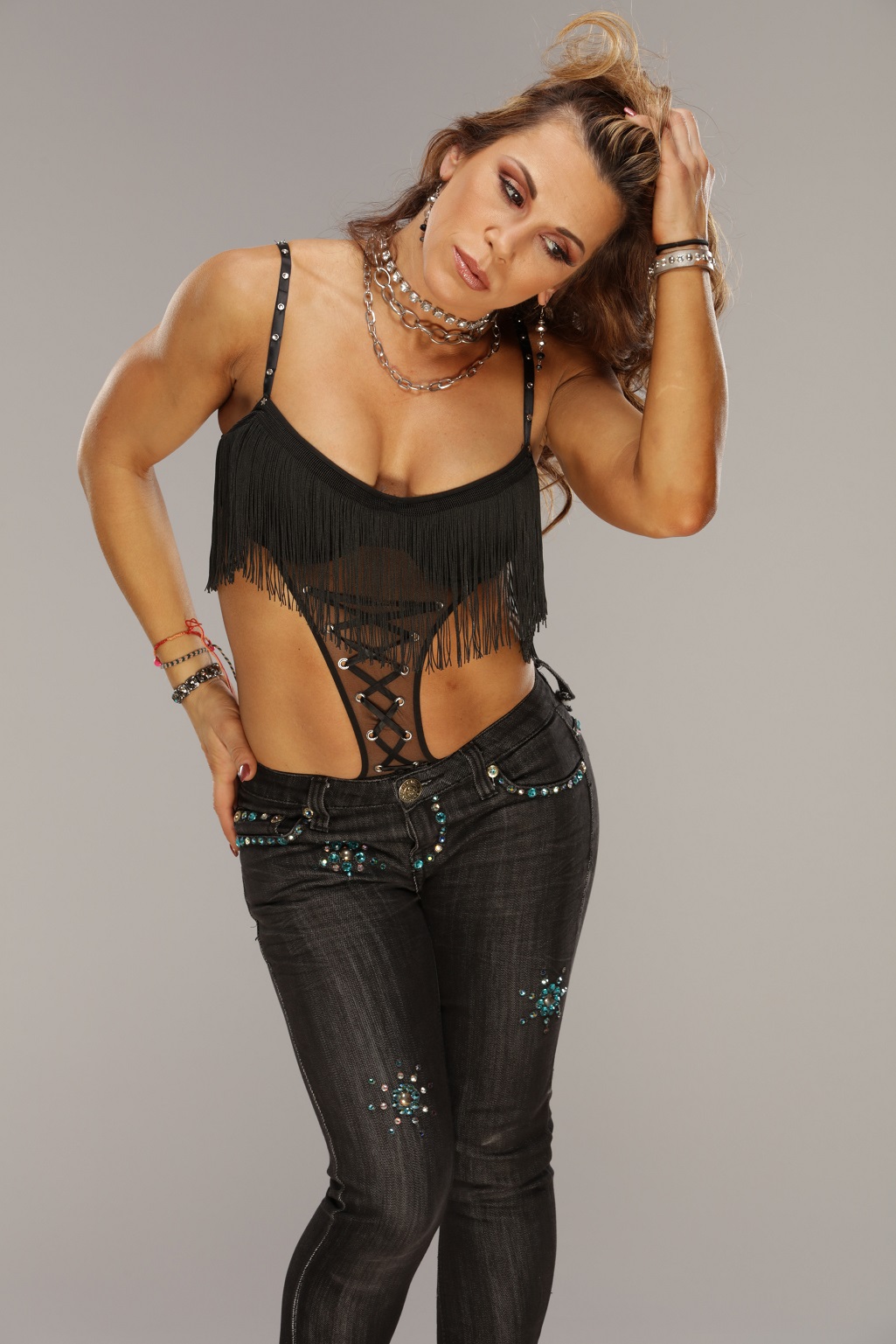 The reservation, located 30 miles from Richmond on the shores of the Mattaponi River, is one of the oldest reservations in the United States. James has friends and family that live at the reservation, and she regularly attends tribal events and pow wows with her son when she isn’t on the road.

“I grew up with it, and I was always so fascinated with it,” said James about her Mattaponi ancestry. “It’s so important for myself … to stay in tune with the heritage and keep it alive.”

James has embraced her Native American heritage throughout her career, and at WWE’s Wrestlemania 33, she wore an outfit inspired by Native American regalia, albeit with a tacky WWE spin.

Until the 1990s, Native Americans were routinely misrepresented and mistreated by the entertainment industry. Hollywood westerns created and reinforced detrimental stereotypes about them, often recreating wildly inaccurate portrayals of Native American life.

“Native Americans were pretty much seen as savages on television, as if it was a savage, primitive culture. Now it’s become more open, and you’re seeing so many more Native Americans get opportunities,” James said. “I feel like a lot of Native Americans have been able to cross over and make it in the movie industry, and different industries in entertainment.”

Being mixed, both white and Native American, James hasn’t received the level of discrimination as her Native American peers in the entertainment world. Recent films like Cowboys & Aliens and  Adam Sandler’s The Ridiculous Six have highlighted the persistent difficulties that Native Americans actors face working in Hollywood.

“Maybe it’s because we have such a unique look that it’s hard to break that mold of what character you would play,” James said. “You’re always going to play the Native American.” 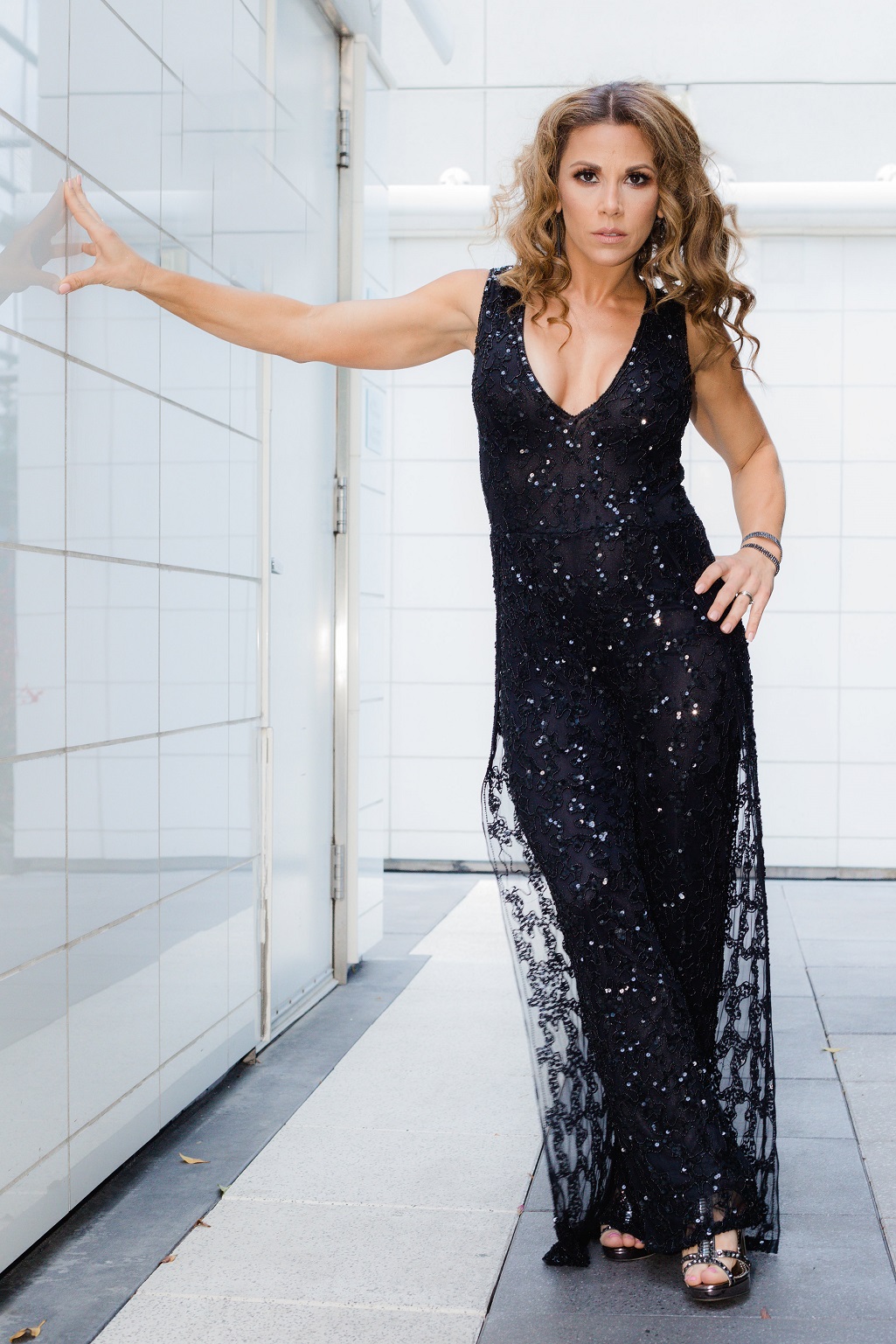 “We’re a minority of minorities,” James said. “And I think about a lot of the reservations, not per se my own, but out in the midwest, there’s so much poverty and alcoholism and children that need to be fostered… They’re kind of forgotten about because they are such a small population.”

James hasn’t forgotten her roots. The wrestling star continues to break boundaries as a Native American woman in the entertainment industry, and is poised to climb even higher when she takes center stage with some of the WWE’s most talented brawlers at Evolution on Oct. 28.

Top photo by Robby Batte. Other photos courtesy Mickie James except where noted.