Last Friday, a homecoming parade of sorts filed into The National in downtown Richmond. But instead of trumpets and horns were riffs of deafening guitars echoing into the neighboring streets. Where the marchers normally would stand in their pristine uniforms, a mosh pit of sweaty, gritty berserks fighting to retain glory of the inner circle came together as one.

The attendees, sporting steel-toed boots, leather trench coats and plenty of horns, did not arrive in Richmond to bring city dwellers an average homecoming event. Will Carsola and Dave Stewart, creators of the hit Adult Swim show “Mr. Pickles” unleashed “Mr. Pickles Thrashtacular Tour” on fans with some of metal’s most respected acts melting faces and bursting eardrums. 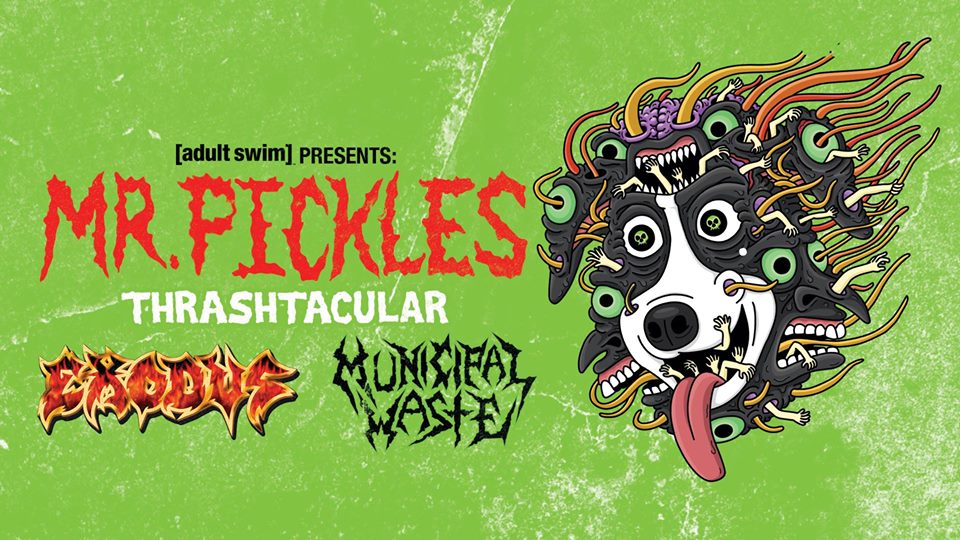 With a wild opening by Richmond locals Left Cross, along with veteran thrashers Municipal Waste, the two groups rocked the house; leaving the crowd in a frenzy before California metal band Exodus even took the stage. The band, handpicked by Carsola and Stewart personally, attest to a longstanding friendship with the creators, who even shot their first music video for “Unleash Our Bastards” over 20 years ago. 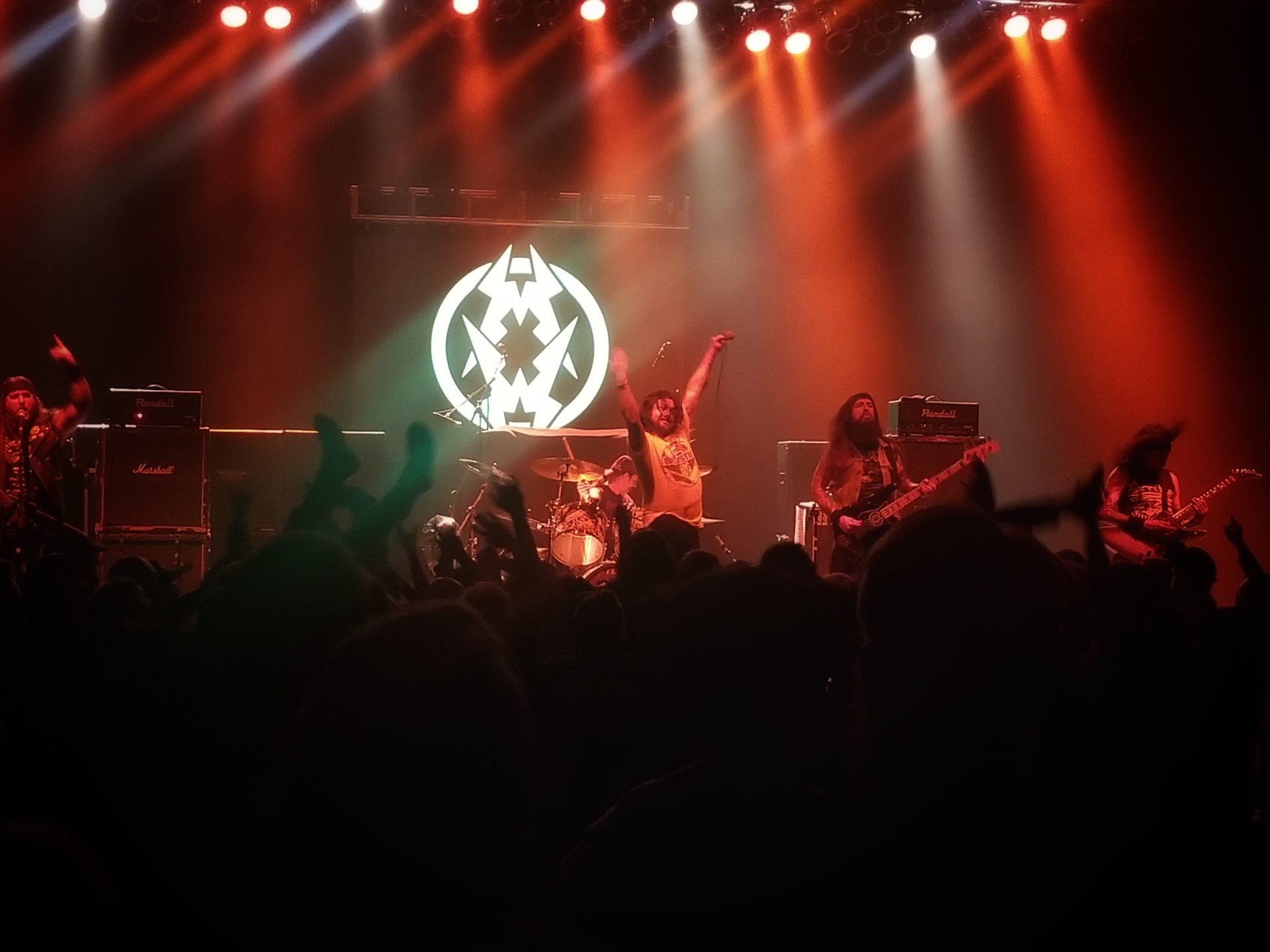 The tour was to support the animated series’ third season, which premiered on Adult Swim last month. Bringing up several guest musicians from the Richmond scene, it was an open scene unlike any I had ever been to. In the absence of pretentious head bobbers of the alternative indie crowd, the venue took a different flow that night. I felt like I could’ve gone on stage and led a set or two. Carsola and Stewart walked around as a meet and greet with friends and locals, yet hidden enough in plain sight from the average attendee.

Exodus lived up to its well-precedented hype, looming over the audience with a dominant stage presence. Their set showcased Gary Holt’s mastery, providing a fantastic performance. 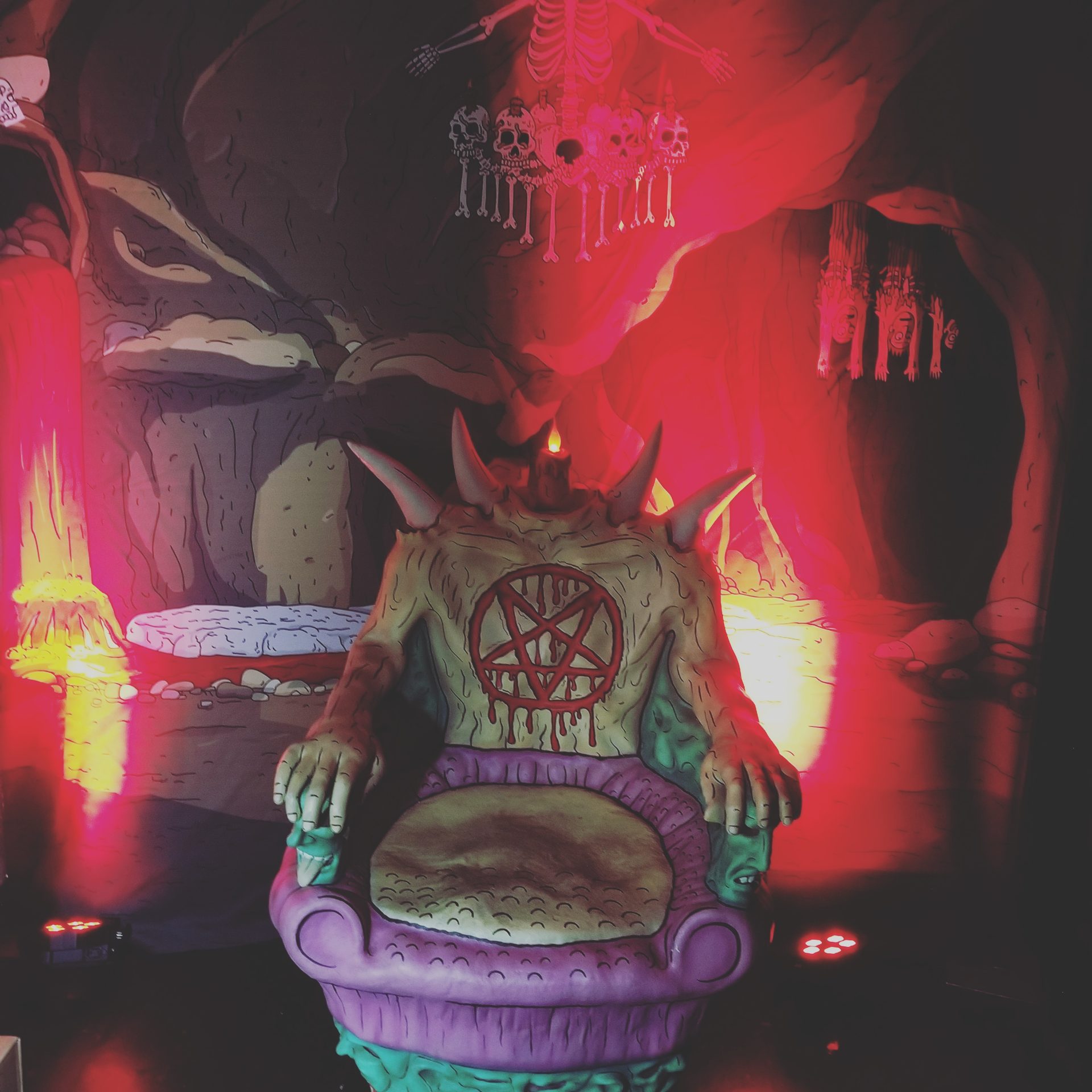 The only show displayed up on the half-lit billboard for the week prior to the concert, it’s obvious this show meant a lot to the community. Before venturing out to Los Angeles to work with Hothouse Productions; the creators began their rise to viral fame in Richmond with Day by Day Productions about 20 years ago. The show Mr. Pickles itself is loosely-based on Richmond and several other small towns of Virginia. With a totally metal dog at the center of it all.

Adult Swim offered plenty of fun gags including a photo-op sitting in the profaned Mr. Pickles chair along with plenty of merchandise to please fans. The Thrashtacualr Tour was a night where the bizarre and twisted nature of the off-brand all came together, a congregation of a misfit celebration, a homecoming for the renegades against complacency- and it was worth every penny.

This Friday marks a homecoming for Richmond natives Will Carsola and Dave Stewart as they bring “Adult Swim’s Mr. Pickles Thrashtaculor Tour” to The National in support of the animated series new season. The 13-city metal tour kicked off last Thursday, Feb. 22 in Seattle, jumping across fan hot spots until landing in our little city, the advent for the creators of the hit show Mr.Pickles; the event- a celebration of their successes in the world of Old Town.

The show will feature live performances from Richmond metal bands Municipal Waste and Left Cross, who Stewart and Carsola handpicked for the tour. “When Adult Swim had the idea for the promotional tour, we said cool, Municipal Waste are our homies, hopefully, they’re into it,” Stewart said. “We wanted U2, but…  Bono’s kind of a douche.”

Rounding out the festivities is veteran thrashers Exodus so its safe to say attendance at the show is both a must for any Richmond metalhead or Adult Swim fan.

The show will also feature a photo op with the infamous Mr. Pickles doghouse, a fully stocked “Mr. Pickles” store, and free Adult Swim merchandise for attendees. The creators hinted several surprises lay in wait, but said most have been kept under wraps, even from them. “Adult Swim has some other things planned that haven’t been revealed yet, not even to us, should be interesting,” Carsola said.

Created in 2014, Mr. Pickles follows the eccentric people living in Old Town and is loosely based off of Richmond and several other small towns of Virginia,  offering a humor catered to the very essence of this city, ever since the viral videos of Carsola and Stewart’s Day By Day Productions about 20 years ago. “In particular, Bowling Green, a place trapped in time then and even more so now,” Stewart added.

In its third season which premiered Feb. 25 on Adult Swim, the series follows the Goodman family as they battle zombies, telemarketing plantation owners, and bullies. And the world’s most metal dog will get in on the action as well, taking on memory hackers, ruthless television executives, and military footwear.

Stewart and Carsola’s sense of humor, intermixed with topics otherwise locked away in the void of taboo, complements Adult Swim’s history of promoting a refined taste. “They really let us do what we want. That and they definitely get our weird sensibilities,’ said Stewart. “There’s a lot we probably wouldn’t get away with on other networks.”

Honestly, if Infowars makes the time to assign them a conspiracy, they must be doing something right.