I walked into Franco’s Fine Clothier earlier this week to a bright-eyed, smiling Franco Ambrogi greeting me at the door. At 78 years old, the owner of the Richmond fashion institution has a surprising reserve of energy for a rainy Monday morning. His heavy accent courtesy of his native Tuscany was nothing short of welcoming and warm, as he showed me around his store.

Ambrogi spends every day of the week in his high-fashion men’s clothing store on Lakeside Avenue, helping men of every age find the perfect suit, tailoring outfits, and simply making people feel at home. And every person who walks into his store is greeted like an old friend. 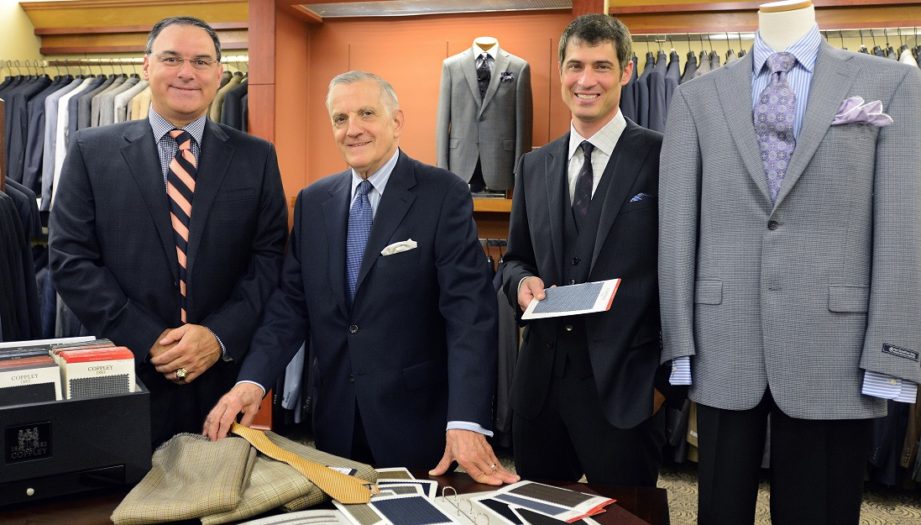 The dapperly dressed businessman started tailoring on his own out of his house in the late 60s, for what would be the launching pad of his future business, but Ambrogi’s work in the fashion industry began much earlier.

“I started sewing in the house with my mother when I was six years old,” Ambrogi said. “It was something I enjoyed doing. I love creating things.”

Born in Tuscany, Italy in 1940, Ambrogi eventually left primary school to work as a coat maker in a tailor shop at 10 years old. He made his way to Richmond at 16, leaving Italy to create a future for himself. 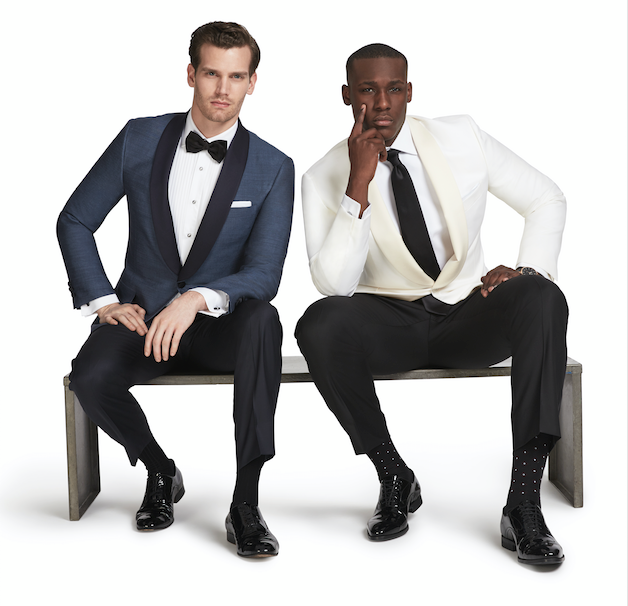 “There was not really an opportunity [in Italy] for any young people who wanted to better themselves,” Ambrogi said. “I was very eager to better myself for a simple reason. When I was a young child, I was very hungry many nights. World War II was difficult.”

After moving to Richmond, Ambrogi worked for a few years in another tailor shop, and then the long-shuttered department store, Thalhimers. In efforts to refine his business and fashion skills, he started working for upscale clothing retailer, Berry-Burk, five years later.

But Ambrogi’s extensive labor in service and retail didn’t live up to everything he expected to accomplish with his skills. He wanted to do more. And with three children by 1967, Ambrogi needed to do more for his family. At the time, he was working at Berry-Burk by day, and doing custom tailoring and alterations from home by night.

“I was so interested in business and fashion, it wasn’t enough for me to just work in a store or a shop,” Ambrogi said. “So finally, my wife and I decided to go into business. She’s the one who actually pushed me.”

In 1972, Ambrogi and his wife, Ruth, took the tailoring services out of their garage and into the city, opening Franco’s Custom Tailor Shop on Dumbarton Avenue.

Building his clientele at his brick and mortar store from the clients he used to tailor outfits for from his home, and three years later, Ambrogi’s business was booming, offering ready-to-wear and custom-made pieces, along with shoes, ties, accessories, tailoring services, in-house alterations, personal appointments, and more. A tailor at heart, Ambrogi adores every chance he gets to help his customers look their best.

“I love people, I really do,” Ambrogi said. “I love to mingle with them, show items to them, do fittings. I enjoy making sure everything’s done the way they want it.”

Once Ambrogi introduced European styles to Richmond, his small storefront was bursting at the seams. Renamed Franco’s Fine Clothier, Ambrogi’s store has since expanded to a 35,000 square-foot store, now its flagship, on Lakeside Avenue complete with a marble-floored rotunda loosely modeled after the Galleria in Milan, Italy.

“We decided to go to European models,” Ambrogi said. “That’s when our business just went crazy.” Indeed. Since doing so, Franco’s has expanded with locations in Short Pump, and most recently, a location in Chesterfield, turning this once small tailoring shop into a multi-million dollar business.

“Back in the 60s’ and 70s’, ‘[Richmond’s] clothing was very conservative, very non-descript. Everybody looked alike,” Ambrogi said. “Nobody has a sense of so-called ‘fashion’.”

Franco’s brought brands like Canali, Valentino, Giorgio Armani, and Hugo Boss along with European trends, such as French-style cufflinks and tuxedos.

“Everything we had at that time, [in the 70s-80s], we were the first to have it,” Ambrogi said. “[The trends] that very few people wore, we pushed [those]. Fancy cufflinks with tuxedos, leisure suits and casual wear.”

Being the first major retailer of European brands in Richmond was enough to build Ambrogi’s dedicated clientele. But as more stores started selling the same brands and incorporating European trends, Ambrogi had to introduce new ideas to sustain his brand in Richmond’s fast-moving fashion industry.

“I do have some difficult times with some of the fashion, I really do,” Ambrogi said. “But I get used to it pretty quickly. It’s very important for the business to [keep up with] what the fashion is.”

To keep Franco’s Fine Clothier alive and well in Richmond, Ambrogi expanded to offer new products, including a women’s department, run by his wife.

“That really helped make the whole business extremely fashionable because we were bringing fashion for women as well,” Ambrogi said. “[Our women’s clothing] was not the typical department store, look-alike clothing.”

Franco’s women’s clothing added European flair to some everyday American trends to set their products apart from everything sold at department stores. The women’s department closed about 10 years ago, when Ruth retired.

Ambrogi continues to keep up with the trends in the ever-changing men’s fashion world by travelling to New York, Atlanta, Las Vegas, Florence, and Milan for shows to see what’s new and to buy merchandise. Italy, for him, is the fashion capital of the world.

“[Italy] really [is] the trendy part of the world right now,” Ambrogi said. “Italian fashion is the one dictating what people are going to wear.”

To keep the men’s clothing merchandise interesting, Franco’s introduced its international menswear shop in 1992, broadening the international brands the company sold products from. Featuring sportswear, clothing, and accessories, the addition of the menswear shop appeals to a younger audience, opposed to Franco’s original older clientele base. Now Ambrogi seeks to make clothing for men of all ages.

“Once upon a time, men’s fashion did not change very rapidly…now, it does.” Ambrogi said. “We just go with the flow. There’s a time and place for everything [in fashion]. Today, it’s very important for people to wear according to what they need [the clothing] for.”

His store’s main goal is to keep up with two main types of fashion in men’s clothing right now – the young man with a more bold look, and the older, professional man with a traditional, conservative look.

And at 78 years old, Ambrogi isn’t ready to leave his company just yet. He’s handed the reins over to his son, Mark Ambrogi, daughter Maria Reardon, and son-in-law, Kevin Reardon, but you’ll find him at the flagship location everyday, making friends with all his customers and spreading love with a warm, Italian heart.