2017 will undoubtedly go down in history as one of the worst years in collective American memory. Our politics have become malignant; the fabric of our citizenry might be frayed to the point of disrepair. One party is content to openly side with Nazis and pedophiles, so long as they provide a tax break for the rich. The other party is content to represent the lavish corporate interests of the coastal elite. Neither seems to have the public trust in mind, only the will to stay in power.

Now, to make matters worse, they’re about to take the internet away from us.

For those who have an understandably hard time following the rapid pace of current events, one of the most drastic policy shifts in our technological era is currently being enacted. That is, the repeal of net neutrality. What is net neutrality? Net neutrality is the set of regulatory guidelines implemented by the Obama administration to ensure that all websites are treated equally for anyone who has an internet connection. In short, it treats the internet like a public utility, not a product. Which is exactly what the internet has become. Is there any scenario whereby a person can succeed in any aspect of their daily lives without open access to the internet and information? Of course not.

Yet the FCC’s chairman, Ajit Pai, sees the internet as a product to be purchased, not an inherent right in our digital age, going so far as to claim net neutrality rules are “heavy-handed, utility-style.” This should come as little surprise to anyone following the Trump administration. The administration is, after all, dismantling and deregulating just about every conceivable industry throughout the US, including oil and gas, banking, and telecommunications. As far back as January, Trump said he hoped to dismantle 75 percent of all Obama era regulations. He is even gutting the Consumer Financial Protection Bureau, which protects citizens from the worst excesses of corporate America.

Nonetheless, in Trump’s America, crony capitalism and corporate interests will always outweigh those of the average citizen. Would anyone be thunderstruck to learn that Paj used to be the general counsel for Verizon, one of the companies that would benefit most heavily from a repeal of net neutrality?

So what is at stake when net neutrality gets repealed?

For starters, it will make the internet a pay-for-play type product. This means internet service providers (ISPs) will have total discretion over what sites and services receive premium speeds vs those that will be relegated to slower speeds. People with higher incomes can pay for faster internet service to their preferred sites, while lower and middle-income people will have to content themselves with whatever else remains available and not monetized by their ISPs. This not only becomes an access issue, but a class and income inequality issue. By further marginalizing low and middle income people from the information they need to make informed decisions, the FCC is reducing civic participation in a way that favors one class of people over the other. And in an age where people’s political interests are elevated based on their financial status, an open and free internet has at least ensured some degree of information egalitarianism to understand what decisions are being made for them. 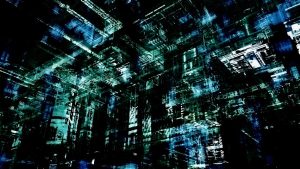 What a repeal of net neutrality also means is that small to medium-sized publications like RVA Magazine – who might not be able to afford higher fees for faster delivery service – will have their service slowed down for consumers of our media. In an age of competitive and ruthless digital media, this all but ensures local, independent, and alternative media cannot survive. This leaves the sum total of all information and news dissemination in the hands of companies who can afford the digital fast lane, once again, reducing civic participation to the monied class of media and corporate elites, along with their political allies. As if I need to make my example further, the Koch Brothers just bought Time Magazine.

Obviously, the ISPs do not feel the same way. In a white paper filed with the FCC in October, Verizon claimed as their title argument, “State Laws Pose A Direct Threat To The Commission And Congress’s Recent Progress In Restoring A Light-Touch Regulatory Framework For Broadband Internet.” Basically, companies like Verizon are arguing against net neutrality based on the disparate laws governing internet regulation at a state level. Which is funny, nay outright hypocritical, since the Republican led FCC should be all about states’ rights – except when it comes to corporate profits at the expense of the American people.

The FCC has also leaked information that under this model, internet service providers will be able to block or choke certain web-based content so long as they disclose that they do so. But with consumer rights being undermined with the dismantling of things like the Consumer Financial Protection Bureau, what recourse will everyday citizens and small to medium sized business have? This also leaves us at the mercy of our ISP’s moral or political prerogatives, potentially strangling our first amendment freedoms in the process – think Hobby Lobby, but over the vast cyberspace which is the internet.

So what can be done?

The courts must save us. The FCC has some authority to rewrite existing rules, but they still have to survive the inevitable court challenges that are going to follow from some heavyweight tech companies who are openly opposed to the regulatory change: Facebook, Google, Amazon, and Netflix. While the issue is clearly framed in Republican economic theories of deregulation, the majority of Americans could care less about such things. In a recent poll, 76 percent of all Americans polled still support net neutrality – highlighting a consensus between the rank and file across the political divide. Making this policy solely about the interests of the ISP telecom giants and not those of the American people.

Unfortunately, for Congress to get involved, they would have to enact a new statute that would then have to be approved by both Republican chambers, and signed into law by Trump – a near impossibility.

In Virginia, the issue seems to be split perfectly along partisan lines, with Democratic Senators like Tim Kaine and Mark Warner opposing the plan; along with Richmond Congressman Donald McEachin, who said in a recent press release, “Limiting access to certain websites and content will change the internet forever – at the expense of the many, for the benefit of the few. I am deeply disappointed by tonight’s news, and I will strongly oppose this plan.” Whereas Richmond area Republican Congressman Dave Brat views net neutrality as a threat to innovation and free speech.

Net neutrality might sound dull and boring, but it is the kind of technical policy that has the ability to rewrite the fundamentals of how we consume, share, and access information across the graph. In the end, selling out net neutrality loses us much more than just internet speeds or our preferred streaming service. It destroys one of our most basic and fundamental rights: access. And in an age where information access is one of the only vehicles that can ensure any measure of equality, an open and free internet has become essential to our political survival.