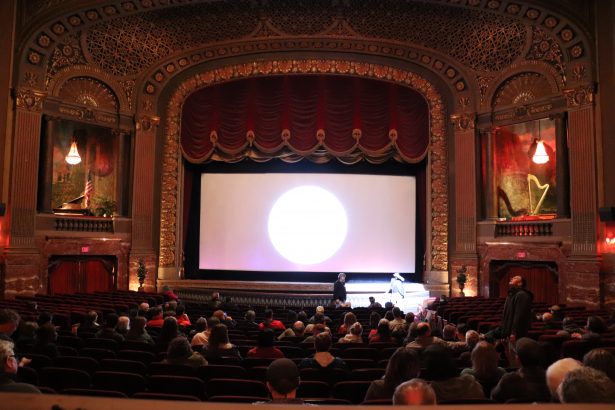 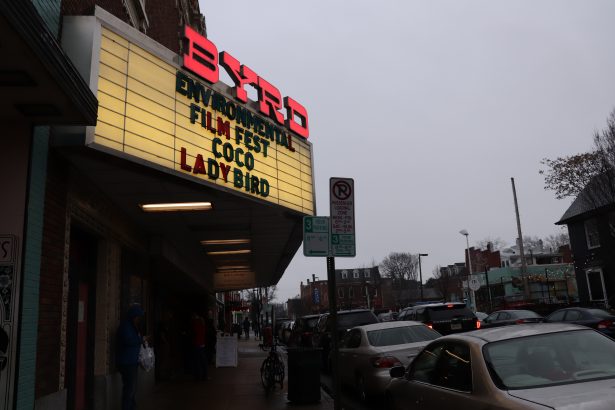 The 8th Annual Richmond Environmental Film Festival, which kicked off last night, has come around once again for its week-long showcase to raise awareness on environmental issues featuring local and national films at various venues across the city.

Every year, the festival bolsters its lineup with an arsenal of films, providing breathtaking, in-depth examinations of the obstacles our environment faces, along with guest speakers, and environmentalist panels, all looking to accommodate a haven for discussion.

Founded in 2008 by the James River Film Society and revived by the Sierra Club in 2011, the festival has continued its relentless awareness outreach to the Richmond community, with presenters including the Enrichment Foundation, Chesapeake Climate Action Network, Viridiant, and the Capital Region Land Conservancy.

Over 20 films have been selected for this year’s screenings including films on the Flint water crisis, to “Awake: A Dream From Standing Rock,” that captures the Sioux tribe’s peaceful protests against the Dakota Access Pipeline, and “Jane,” a deep look inside the life of activist and conservationist Jane Goodall and her extensive work and interactions with chimpanzees. The film draws from never before seen footage from National Geographic archives a by Philip Glass. The film will be a double feature for the festival, first showing at the VCU Commons Theater at 3:30 pm on Tues., Feb. 6, and 4:45 pm on Sun., Feb. 11 at the Byrd Theater.

The film festival will run until Sun. Feb. 18, you can see the full rundown of films, times, speakers and places here.

There is a complicated relationship that exists amongst the public, the media, and the government when it comes to environmental conservation. Each sector plays its unique role in deciding the trajectory of every blossoming, burgeoning environmental issue as it arises — pollution, global warming, species extinction — how each matter unfolds is entirely up to those three cardinal groups.

Not many journalists understand this symbiosis the way renowned science journalist Stephen Nash does. Nash, who has been featured in The New York Times, The Washington Post, Boston Globe, and Bioscience magazine, is one of Virginia’s leading climate change experts.

Author of Virginia Climate Fever: How Global Warming Will Transform Our Cities, Shorelines, and Forests, Nash’s award-winning book lays bare the future of Virginia, should the degradation of our environment continue. For Nash, it is the inherent responsibility of the media to inform the public of the state of our planet.

“In scale and intensity, climate change, or ‘climate disruption,’ is the biggest and most immediate challenge facing humanity — with the possible exception of nuclear war,” Nash said. “[Environmental] science, more than ever, has come to have enormous consequences for us. So now, more than ever, journalists and scientists must be able to explain those consequences to the public.”

Writing about the environment was inevitable for Nash. As a child, he discovered his love of nature exploring the woodlands of California and Oregon, where his stepfather was a logger. Today, Nash is the very picture of a conservationist —  with his white mustache and his lanky frame. Bright blue eyes, set in weathered skin, divulge signs of a life spent in the sun and the wind.

Nash, who firmly believes that it is the role of the media to inform the public, said that he is often frustrated by fellow journalists who deny the consequences of climate change, and thus, limit the role of the public in inducing any real change.

“[Climate change] is beginning to get the more consistent coverage it merits,” Nash said. “Still, denial of climate disruption is a kind of political religion for many Americans, so, they prop up their belief systems with ‘media’ that are not journalism. They’re fantasy entertainment, ideological zealotry.”

“A few hurricanes, mega-forest fires, droughts, floods and famines from now, those fantasies and that religion will become insupportable. But old gods die hard, especially if they’re still stuffing your corporate pocketbook.”

When the media denies climate change, the public denies it. Businesses that rely on fossil fuels and drill oil deny it, out of financial interest and just plain fear. Media funded by corporate money deny climate change together, Nash said.

But worst of all, according to Nash, is when the government denies the wrecking of our environment, because it is so very important that they play a role in fixing it.

“When the government is taken over by those corporate interests and their mass-media mouthpieces, denial of science that doesn’t serve their interests is a top priority,” he said. “It is essential that the government play a role in environmental conservation, and the public must understand that.  False media outlets like Fox News tells its audiences that the government is interfering and infringing on our liberties if it takes on this role, but that’s just not true.”

Ultimately, though, even the government cannot be relied upon, Nash said. It is the people and the fact-based media that must work together to invoke change. Recycling, using solar panels and wind power — those are minor actions that will as a whole have a larger impact, but Nash encourages taking action on a grander scale.

“Conservation now is a political, not an individual process,” he said. “So people can play their most useful roles by joining together — and fighting for political change that will make conservation possible.”