On September 20, the Richmond chapter of the Democratic Socialists of America (DSA) released a statement endorsing Montigue Magruder’s campaign. Magruder is a Green Party candidate for Delegate in the 69th District of Virginia, which encompasses portions of Chesterfield County and Richmond City. He hopes to replace Betsy Carr, a Democrat who has been the incumbent since 2010.

“He is an explicitly socialist candidate, and he doesn’t try to hide that,” Alex Sparrow, member of the Richmond DSA chapter and communications strategist on the Magruder campaign, said. “There are a lot of issues on the platform that are things that socialists should support, [such as] the minimum wage raise, universal healthcare, environmental issues like opposition to the pipelines, [and] expanding democracy, especially in Virginia where you have voter suppression and felon disenfranchisement.”

Magruder decided to run as a Green Party candidate, despite his campaign having some similarities to that of Vermont independent Bernie Sanders, who ran as a Democrat in the last presidential primary,

“It costs fifteen hundred dollars to run as a Democrat to get on the ballot,” Magruder said. “Knowing how the Democratic Party here in Richmond likes to protect the establishment incumbents, I know I wouldn’t have a fair chance at winning, because the deck would already be stacked against me from the jump.”

Magruder said that the popularity of Sanders’ campaign and rise of progressive groups such as the DSA increases his chances of winning the election.

“There are a lot of people in the district that were Berniecrats; they do not support Hillary Clinton,” Magruder said. “I have a better chance of winning that has been enhanced by groups like the Democratic Socialists of America, that openly endorse me, support my campaign, and recognize that their salvation is bound with mine.”

Magruder got into politics in 2010, when the GRTC Transit System proposed a set of fare increases. Magruder attended a city council meeting and spoke out against the changes, and since then, he has been involved in grassroots organizations such as the Richmond Transit Riders Union, Virginia Organizing, and the Residents of Public Housing in Richmond Against Mass Evictions. Magruder ran for city council last year, but many of the people he spoke to felt that the issues he wanted to address needed to be done so through the General Assembly, which is one reason why he decided to run for state office.

Magruder’s platform demonstrates his alignment with the DSA’s goals on quite a few points, including gerrymandering, the abandonment of the Atlantic Coast and Mountain Valley Pipelines, and criminal justice reform.

“There are a lot of people that I’ve talked to that would love to vote for me, but because they’re convicted felons, they are not able to vote,” Magruder said. “One of the priorities I have is to initiate a constitutional amendment to have the lifetime felon disenfranchisement rule stricken out of the constitution.” 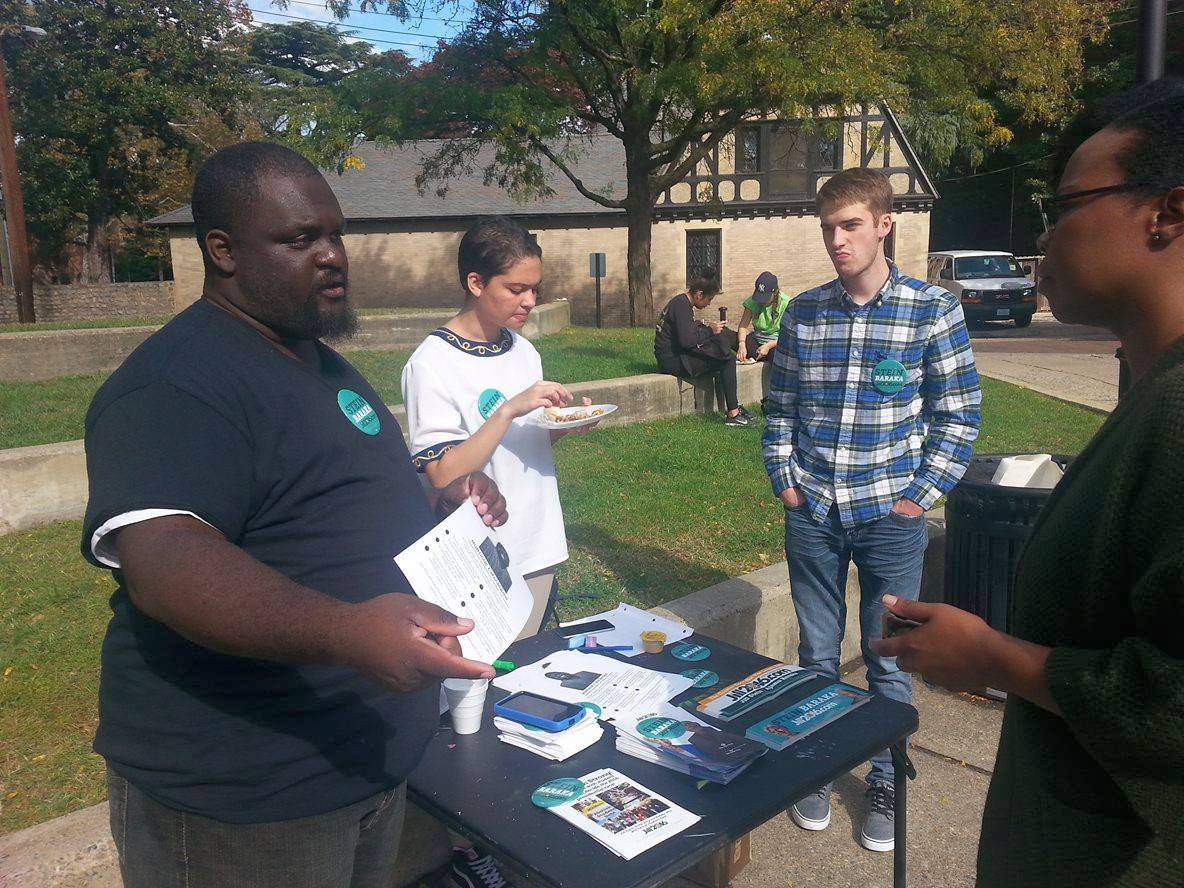 Magruder’s platform also includes the proposal to raise the minimum wage to $26.80 an hour. While many have criticized the idea of raising minimum wage up to even $15 an hour, Magruder said that the increase would simply reflect what the minimum wage should be right now.

“If the minimum wage had kept up with the cost of living and working productivity since 1968, the living wage would be $26.80 an hour right now,” Magruder said. “My proposal is literally putting the minimum wage in line with where it’s supposed to be today. A lot of the policy positions I have are basically setting things right.”

Magruder said that once people research the issues featured on his platform, such as minimum wage, they become more accepting of them.

“That’s why I made my platform so comprehensive as it is, so it engages people’s desire to go out there and critically examine the ideas,” Magruder said. “That tends to change minds.”

“She’s always either run unopposed, or she’s run against a person that kind of has the same status as herself,” Whitehead said. “With Montigue, he understands the struggles that’s gone on within the district himself. He’s lived those struggles and it’s easier for people to relate to him.”

Despite the growing popularity of groups like the DSA, and the increased approval of their policies, Magruder’s campaign has seen a major lack of press coverage. Magruder cites the companies that mainstream press outlets are beholden to as one of reasons for the lack of news coverage.

“When you look at the entities that have their hands in the pockets of some of these media outlets – like the Richmond-Times Dispatch, Channel 6, Channel 8, and Channel 12 – when you see the kinds of corporations that advertise on those outlets, you quickly see how there would be a media blackout of this race,” Magruder said. “This is actually the only race in the Richmond-Metro that features both a Green Party and a Libertarian candidate on the ballot, and the last thing that the establishment wants is people being informed of their choices.” 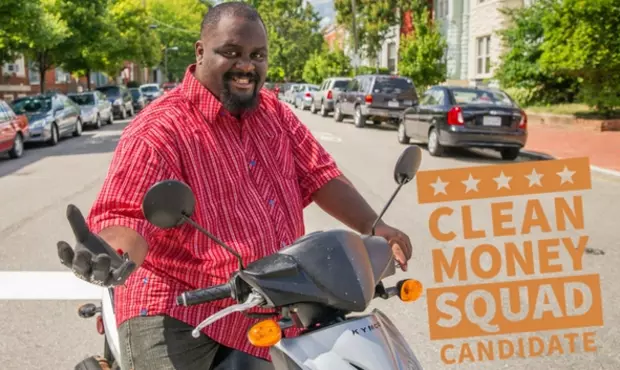 Whitehead believes that the campaign can be successful without mainstream press coverage.

“It doesn’t have to be a media campaign to win the campaign,” Whitehead said. “We don’t have the money like that, to be able to spend on press coverage and time and things of that nature. I feel like us reaching out to the people that we have definitely has paid bigger dividends for that.”

With or without press coverage, Magruder hopes to win the campaign in order to properly represent the 69th district, as well as to make the Democratic party work harder to earn voters’ trust, Magruder said.

“If my victory, or even Jake Crocker’s victory, if either one of us were to win our races, we would break the Democrat stronghold, and that would actually force the Democrats to go out there throughout the 69th district and earn people’s votes once again,” Magruder said.

As for post-election hopes, in the event that Magruder gets elected and is required to work with a majority Republican General Assembly, Whitehead said that many of the issues Magruder is focusing on should not come down to bipartisanship.

“Things like education, healthcare, the rights of our young men and women and of the LGBTQIA community, and things like that should not be a party loyalty type of decision,” Whitehead said. “It should just be the basis of human morality at that point.”

The election is set to take place on November 7th, with deadlines for absentee ballots set for the last day of October.

I have heard that Virginia needs “business-minded leaders” in the General Assembly. We see the General Assembly routinely pass legislation benefitting businesses like Dominion Energy.  Virginia has consistently ranked as one of the Best States for Business since George Allen’s term as Governor. Let’s not forget that Virginia’s campaign finance laws allow candidates to collect unlimited donations from corporations.

Knowing this information, the question should be “where are all the PEOPLE-minded leaders in the General Assembly?”

Time and again, I have witnessed the General Assembly ignore the needs of poor and marginalized communities across Virginia. But I have yet to see our leaders pass a minimum wage increase, pledge to stop the construction of the Atlantic Coast or Mountain Valley Pipelines, or implement strong checks on police power. I wonder when will they abolish the School to Prison Pipeline, which Virginia leads nationally. And many Virginians are still wondering why the General Assembly repeatedly resists expanding healthcare coverage to the 400,000 fellow Virginians that need it.

When the people dare ask of their candidates or elected leaders to take a stand in defense of the people, we’re told “We need more time”, or “That’s a single issue and there are bigger things to worry about”. Yet when a corporation lobbies the General Assembly for something they want, the General Assembly has no problem with putting it on the Governor’s desk within one or two sessions.

For example, S.B. 1349 (the 2015 “Dominion Rate Freeze” bill) made it to the Governor’s desk in one session. H.B. 2108 (the Virginia Wireless Services Authority Act) halted the construction of publicly-operated internet access networks. That bill was supported by Comcast, Verizon, and AT&T. McAuliffe signed H.B. 2108 into law this year along with H.B. 2291, a bill that now allows Dominion “Energy” to raise the “rider fees” on our electric bills to pay for upgrades of its nuclear power plants.

Those bills are prime examples of the General Assembly quickly acting on legislation prioritizing the interests of their donors, but at least they are consistent. After all, they did not hesitate to ax legislation raising the minimum wage (H.B. 1444, 1771, and 2309), ending long-term suspensions for school students (H.B. 1534, 1535, and 1536), or including protections for the LGBTQ community (H.B. 1776 and S.B 822). And no effort was made to strike racially-motivated policies (like lifetime felon disenfranchisement) from the books.

This kind of inaction leads to 67 seats being challenged in this year’s general election.

Now is not the time for incumbent leaders and candidates to take “safe” positions when comprehensive action is needed to advance criminal justice reform, human rights, labour rights, health care access, electoral integrity, and protections for the very air, land, and water we depend on for survival. Now is not the time for “business-minded leaders” to compromise with corporations handing out hefty campaign donations. Now is not the time to support candidates that enjoy comfortable privileges isolating them from the oppression of public housing residents, public transit riders, minimum wage workers, immigrants, and the LGBTQ community.

We can no longer sideline the advancement of economic, social, racial, reproductive, and environmental justice when the future of so many Virginians hang in the balance.

I believe everyone should live a life of dignity and love from birth to death. That’s why I will fight for a $26 per hour minimum wage, the end of lifetime felon disenfranchisement, and a statewide ban on fracking and the construction of natural gas pipelines. I will fight to include protections for LGBTQ community into the Virginia Human Rights Act. And I want to establish a Truth and Reconciliation Commission to help Virginians heal the racial divides amongst ourselves. Our liberation demands that we collectively dismantle the oppressive system of control over our lives and I want to do my part to achieve that end.

It is the time for the people to demand better from those seeking to represent us in our governments. Those running for the House of Delegates (myself included), along with those running for Governor must develop and vehemently defend a plan that will build the greater good for all of us. I urge voters across this state to demand that candidates fight for the people’s betterment. We must end our silence and stop voting how the powers that be tell us to. The time to advance true justice and liberation is NOW!

*Montigue Magruder is the Green Party candidate for the 69th District House of Delegates.