This week, you’ll have so many choices for events that you won’t be able to attend enough in one day. Hardywood Park Craft Brewery is kicking off HALLOWEEK with their Haunted Food Truck Court tomorrow night, Hallobeer is going down at The Answer Brewpub, Cobra Cabana is hosting Stone Brewing Richmond for a Punk’in Carver party, the Scott’s Addition Booz Crawl is back, and Lickinghole Creek Craft Brewery is hosting a costume party — and that’s only the beginning.

It’s the mooooost wonderful tiiiiiime of the year! Halloween is right around the corner, which means HALLOWEEK is back at RVA Magazine. Hardywood Park Craft Brewery is releasing a beer as the official beer of the week, Farmhouse Pumpkin. In the spirit of the season, HALLOWEEK means all the awesome beer, shows, events, and haunted houses you can take in one week. It’s kicking off with our pals and co-hosts at Hardywood, starting fresh tomorrow night with the Haunted Food Truck Court at Hardywood. They’ll be dropping a “ghoulish” new brew, hosting food trucks with Halloween-inspired menus, “devilish” selfie stations, and — of course — costumes galore!

Come dressed in your best and grab goodies from the Richmond Zombie Walk, plus get tips on how to make the best costumes of all from Aisthesis Productions (the hands behind the scariest costumes around, and the recent locally-produced horror movie Last Call). As Aisthesis says, “Less Bore, More Gore.”

Hardywood’s also releasing their Quydrawine in bottles this Friday, honoring the beloved Quy Pham of The Answer Brewpub. This barrel-blended ale was brewed with inspiration from Quy, with his positivity and generosity that will stay in the hearts of his loved ones forever. Quydrawine is a bourbon barrel-aged Imperial Stout blended with a hyper-hopped fresh American barleywine — which means it’s packed with big, burly, bold flavors “that will Kong even the strongest of late night warriors.”

In more Hardywood news, Trickery (pictured first) is coming back out this Saturday at the brewery. Another Imperial Stout, this milk stout hits in at 13.5% ABV with ten months under its belt in apple brandy barrels. It has flavors of blackstrap molasses — yum! — with warm caramel and chocolate-covered cherries, to bring out the fall love in us all.

Speaking of events honoring Quy, The Answer Brewpub is hosting their extra-awesome 13th Annual Hallobeer on Monday, with Mekong Xpress playing the music of Elvis all night long.

Proceeds from the event will benefit Quy’s family, and in addition to tunes by The King himself throughout the evening, The Answer will be putting out some special drink releases. They’ll also have a Street Fighter tournament for those who are interested, plus costume contests with prizes if you want to come out in your best-dressed Halloween costumes (or Elvis getups, according to The Answer) to celebrate Halloween and Diablo.

Two of my favorite places in one event!! Stone Brewing Richmond is partnering up with Cobra Cabana for the Punk’in Carver Party — nice puns, y’all — with pumpkin carving in Richmond’s Carver neighborhood. With the best beer at the best spot, this is one you won’t want to miss.

Local pumpkins from Gallmeyer Farms will be on deck, and carving tools will be provided (but in true punk fashion, your crusty old pocket knife will also work just fine). Stone’s bringing out their special release, Ghost Hammer IPA, for the occasion to go along with the regular beers on the patio, so if you’re too cheap for craft beer this week, a $3 Lone Star will do. And for the witchier of us, Madame Onça will be out doing Tarot Card readings!

They’ll also have DJ Al Hitchcock out “spinning spooky tunes” through the evening, and fundraising efforts will benefit the Halloween Parade.

Boozy neighborhood friends rejoice: the Scott’s Addition Booz Crawl is back, and it’s happening all day this Saturday. If you’re an adult who is bummed by the no-trick-or-treating-without-kids rules of society, then this is good news for you.

The Booz Crawl lets you bounce around “trick-or-treating” through the neighborhood to try all the beer, ciders, meads, and whiskeys of the neighborhood. If you pick up Booz Crawl cards at the spots on the list, you can even win a $25 gift card individually to each location from getting three unique stamps at the breweries and being entered to win.

It’s costume time on the farm! Lickinghole Creek Craft Brewery is hosting a Halloween Costume Party this Saturday complete with bonfires to bring fall’s best activities all together. There’s nothing like the smell of a fire pit or hanging out on a farm when it first gets chilly outside, and I couldn’t be happier this time of year.

If you’re down for the drive, head out to Goochland for one of my most favorite spots in the area. They’ll have live music rolling all evening with Mobius Strip, plus eats from the Firesides food truck, and probably the best part of all, always lots of dogs. I meet the cutest dogs when I’m out there, and if you haven’t seen their farm, it’s truly something special to find this close to the city. Lickinghole Creek is a gem, and this is the best season to spend some time with them.

Happy birthday, Isley! I just love this brewery, and I’m stoked to see them complete another trip around the sun.

Isley Brewing Co. is celebrating their 6th birthday this Saturday with tons of limited releases, live music, giveaways, games, and food trucks to accompany the Scott’s Addition Booz Crawl. They’ll be giving away VIP cards to the 6th and 66th guests at the brewery for *four free drinks per day!!* at Isley for the entire month of November. If that isn’t something to get stoked about, I don’t know what is.

For eats, they’ll have The Return of the Mac food truck with gourmet macaroni and cheese, and The Lab Confectionery local bakery specializing in stroopwafels, Unicorn Cake, and freshly-baked goods. With live music, open mics, and pumpkin carving, there’s more than enough for everyone to have a blast throughout the day.

Releasing tonight, Väsen Brewing Company has partnered up with Blue Sky Fund to drop their collab beer: Wanderlust 10. This Wanderlust recipe will give 10 percent of proceeds back to the Blue Sky Fund in honor of the #HikeForKids campaign, and this malty, dark chocolate-flavored beer doesn’t disappoint.

You’ll catch flavors of vanilla, German beechwood, and smoked malt together with the dessert flavors and cocoa nibs, plus real vanilla beans and a hint of smoke from the beechwood malts. As the brewery says, this beer “will have you pining for a crisp fall hike followed by an evening spent around the campfire” — and they have the first part covered!

They’re hosting a group hike this Saturday and enjoying this beer together afterward at the post-hike party at the brewery.

This Friday at Three Notch’d RVA Collab House, head over for First Tap Friday, where the brewery is releasing their Throwing Back Blueberries Imperial Gose.

The beer is coming out along with Three Notch’d collab partners Throwing Back Sunday, an emo throwback cover band that’s also headlining the Nightmare on Emo Street Big Ass Halloween Party (another part of RVA Magazine’s HALLOWEEK!) at The Broadberry later Friday night.

Unlike a lot of costume contest parties, this one will have more than one winner. Castleburg’s giving away cash prizes to contestants in all three categories of Scariest, Best Overall, and Best Couples costumes. Along with prizes, the brewery is hosting tons of great beer along with surf rock playing throughout the night.

That’s it for this week’s RVA On Tap! As your weekly columnist, I’m here to take all your beer releases, event info, ideas and questions. If you’re a brewer, send me your release info at caley@rvamag.com, and if you’re a beer enthusiast, drop me a line anytime to talk booze. Catch y’all next week!

We’re nearing the end of HALLOWEEK 2017, but RVA Mag still has plenty of tricks up its sleeve. The annual HALLOBEER is back! The Answer Brewpub, RVA Magazine & Hardywood Park Craft Brewery present this year’s Hallobeer tonight with live music, Andals and other beer specials, a costume contest and more.

To help celebrate the 10th Annual Hallobeer, we have live music performed by our friends Mekong Xpress & The Get Fresh Horns, who will be doing a special Tower of Power set.

Originating in Oakland, California, Tower of Power is an American R&B-based horn section and band that has been performing since 1968. They have landed a total of nine songs on the Billboard Hot 100, with highest-charting songs include “You’re Still a Young Man”, “So Very Hard to Go”, “Soul With a Capital S”, “Soul Vaccination”, “What Is Hip?”, and “Don’t Change Horses (in the Middle of a Stream)”. 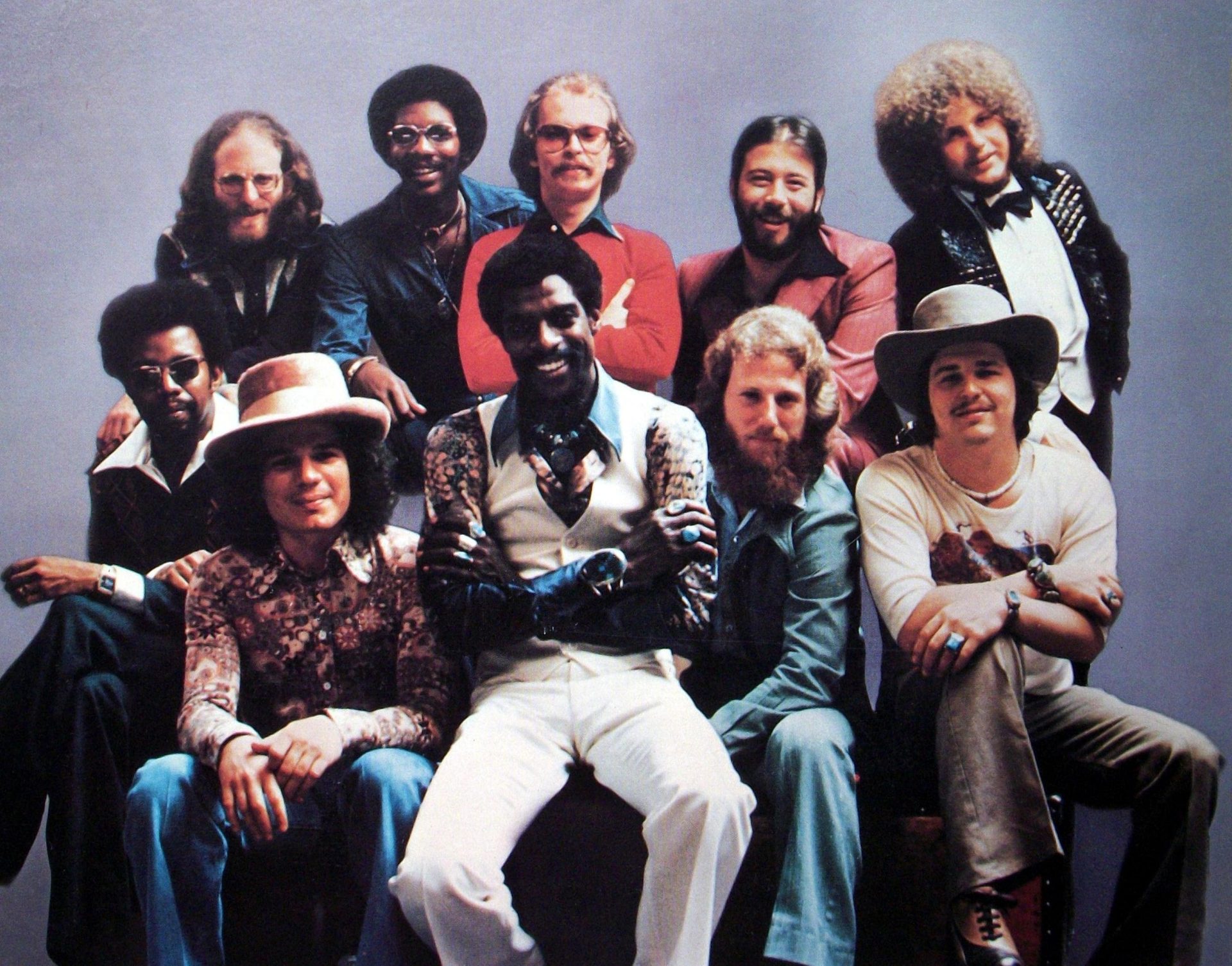 RVA Mag President John Reinhold recently had the chance to sit down with Mekong Xpress saxophone player JC Kuhl, to get the lowdown for tonight on the Tower of Power set ahead of the festivities. You can check the interview out below:

Reinhold: So Mekong Xpress is doing a Tower of Power set for Halloween. Tell me about why you chose TOP?

Kuhl: As a horn player, it’s s dream scenario to play Tower of Power. So many well-known musicians pass through this band. You might know some from Saturday Night Live like Lenny Picket who was in TOP. Lots of big brass tunes that you really want to play.

Reinhold: So it’s a big influence on you and your playing?

Kuhl:  It’s a dream gig, big influence to me. If you’re lucky, you get to play one song so this Answer gig is a perfect time to just go for it. And it’s not easy. {There are} lots of songs that are technical, and we only have so much time to get them ready. I’m hoping to get around five to six tunes ready for Hallobeer. You know it’s super soulful and inspiring music – and in your face with the horns driving it.

Reinhold: I imagine you brought in some special people to make this happen.

Kuhl: Oh yeah. We have Rob Quallich and Bob Miller on trumpet, John Lilley and Jason Scott on Tenor Sax, and I’m moving over to Baritone Sax for this one. Plus the rest of the fellas in Mekong Xpress, and possibly a guest or two. The guys were into the ideas – so we are going for it.

Here’s a little taste of Mekong Xpress and The Get Fresh Horns to get you in the mood for tonight’s celebration:

Hallobeer’s Tower of Power kicks off at 8 PM at The Answer Brewpub located at 6008 W. Broad St. Music starts at 9:30 pm and the party goes until 1 am so you have plenty of time to get your groove on with the band. And bring your costume “A” game because there will be a costume contest during the band’s break.

Join us for a special All Hallows eve RVA Appreciation Night with live music performed by our friends Mekong Xpress & The Get Fresh Horns. They’ll be doing a special Tower of Power set!!

*Costume Contest during set break, with special Andals and Brews all night.