Every Friday night, RVA Mag brings you a truly fantabulous playlist curated by Virginia’s most influential artists, musicians, and institutions.

This week, we’ve got a set of tunes from PJ Sykes, a veteran musician and photographer who’s been making noise around Richmond for years in bands like Hoax Hunters, Angels vs. Aliens, and a ton of others, as well as running longtime Richmond indie label Cherub Records. His latest single, released under his own name, premieres all over the internet today, and is a prelude to forthcoming solo LP FUZZ.

The single, which leads off a playlist full of hot tracks originating in Virginia, is a cover of “Rain In To The Sea,” by Richmond Americana group David Shultz & the Skyline. As with all of the songs on the playlist, the original version of this tune has strong resonances for Sykes.

“As I stumbled into writing FUZZ, my first solo album in [age redacted] years, I decided early on it would be a good idea to record a cover song. Something to help me figure out sounds and get back into recording,” he said. “I’ve been obsessed with ‘Rain In To The Sea’ by David Shultz & The Skyline for a decade now. It’s like a classic Tom Petty song, brilliantly simple sounding, yet tricky to play. I think it pairs well with the new songs I’ve been writing.”

Get the single, along with a B-side featuring an outtake from the last Hoax Hunters EP, over at Sykes’ Bandcamp. Then spend your weekend jamming this playlist full of Virginia-based musical excellence — it’s sure to brighten up your otherwise-spooky Halloween weekend.

Dormant, the latest extended play release by Richmond band Hoax Hunters, addresses blurred lines between art and politics. The band’s previous release, 2017’s “SAD!” was a reaction to the virulent political discourse of the 2016 presidential election, but their latest work takes a more nuanced approach to the topic.

The new tracks are ostensibly about art and culture, and were originally written as a lighthearted counter to their aggressive 2015 record Clickbait, but its release was put on hold as the 2016 election progressed. Vocalist and guitarist PJ Sykes, who is also a political activist, said that the songs on the record didn’t match the urgency of the political moment.

Instead, the band released “SAD!”, a turgid, punk influenced number that purposefully steals part of the guitar line from Black Flag’s “Rise Above”, and samples the voice of Dave Brat, U.S. Representative for Virginia’s 7th congressional district. Sykes volunteered with Eileen Bedell’s campaign to unseat the incumbent Brat in 2016, although they were ultimately defeated by a large margin.

“That song was directed at [Brat], but also at Trump and the people he brought into power,” he said. “It’s straightforward, we just want to be part of the conversation.”

Shortly after the election, Sykes was forced to step away from his activism due to a cancer diagnosis. As of now he has beat the disease, but the time he spent in recovery allowed him to take a step back from his political work and see the bigger picture. This prompted him to revisit the songs on Dormant, and reassess the relevancy of art and culture in the current political climate. 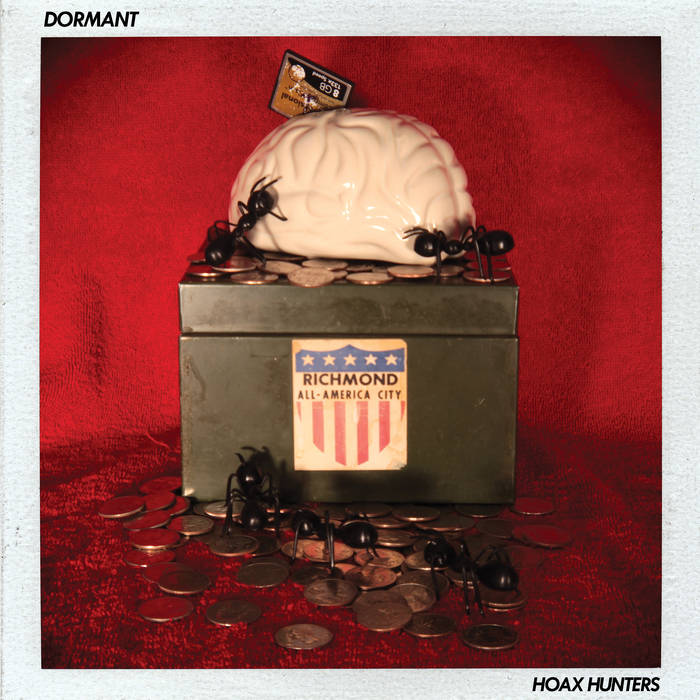 “I still think it’s important to take a break and enjoy life,” he said. “What matters the most, after taking care of each other with shelter and food and that sort of thing, the only thing that matters to me is art and culture. It seems almost better to celebrate that right now.”

For Sykes, the end result of his activist work is to get back to creating. The lyrical topics on Dormant range from surrealist painting to connecting with people over art objects, and draws a line between his activism and art.

The band expertly mimics the sound of 80s and 90s noise rock and punk, sharing sonic similarities with indie bands like Sebadoh and Royal Trux, or more current bands like Estrogen Highs. The band uses lo-fi recording techniques to give the guitars a chainsaw-esque buzz that also brings the sound in line with early punk and hardcore acts. “Teenage Message”, the first song on the EP, features Ottawa, Ontario-based singer, songwriter and multi instrumentalist Catriona Sturton on harmonica. Sturton was formerly a member of Canadian power pop band Plumtree.

As DIY punk and indie subcultures sink further into media’s long tail, the tendency to create in a bubble has become commonplace; Hoax Hunter’s willingness to engage with political and cultural topics in a meaningful way while still retaining some artistic merit is atypical of Richmond’s DIY subcultures, and sets them apart from much of the local enclave.

Yet Dormant may be the bands final release. Sykes said that Hoax Hunters is going on an indefinite hiatus after they play several shows this summer in support of the release. He has several other music projects lined up that he will begin working on in the fall, but nothing concrete. His political activism has slowed recently, but he said that he has been able to continue his spat with Brat by volunteering with Abigail Spanberger’s current campaign for U.S. Representative for Virginia’s 7th congressional district.

Back in February, RVA Mag first gave you the scoop on Friends for Equality, a local music and zine collective that raises money for social justice and civil rights organizations, just a few months after the group released its first music compilation.

The collective was started by lifelong activist Nancy Kells as an outlet for her outrage and shock after the election, which resulted in a 42-song release featuring artists and bands from all over the world. Proceeds from album sales were split between the ACLU, Planned Parenthood, and Southern Poverty Law Center. You can read our interview with her here.

Next week, Kells will put out the second volume of Friends for Equality and RVA’s postpunk/rock band Hoax Hunters have dropped the first single, “SAD!” ahead of the release.

“I had this song and it didn’t make sense for the new record we were working on, and it made a lot of sense for the comp, and of course we wanted to support the great cause,” said PJ Sykes, guitarist/vocalist for Hoax Hunters. “Plus, there’s some incredible other music on there, so to be associated with anybody like that would be a good thing as well.”

Most of the songs for Hoax Hunters’ upcoming release were written pre-election, and Sykes, who was very active during the campaign season, penned this song as a way to cope with the outcome of the election as well as local politics.

“I sat down and this song just flew out of my fingers and obviously, it’s a reaction to what’s going on,” he said. “The lyrics came straight out of me too, it’s definitely a song we’re really proud of and wanted to get out.”

And the title may be “SAD!”, but the track is anything but that. It’s fast, in your face and comes from a place of anger and pent-up emotion. It drives with this sense of urgency and power.

“The words are kind of taken from Trump, I tried to use his language and put it in a different context,” Sykes said.

Hoax Hunters didn’t just go after Trump in the song, the band also takes some shots at Congressman Dave Brat.

“That’s what the song leads off with, my congressman actually stopped campaigning, did not debate his challenger and started stumping for Trump and helping him win the election,” he said. “He constantly ignores us; he’s constantly ignoring his constituents and now he’s complaining in the news that we’re terrible people. We’re not cool with what’s going on and we feel that he should be representing us better.” 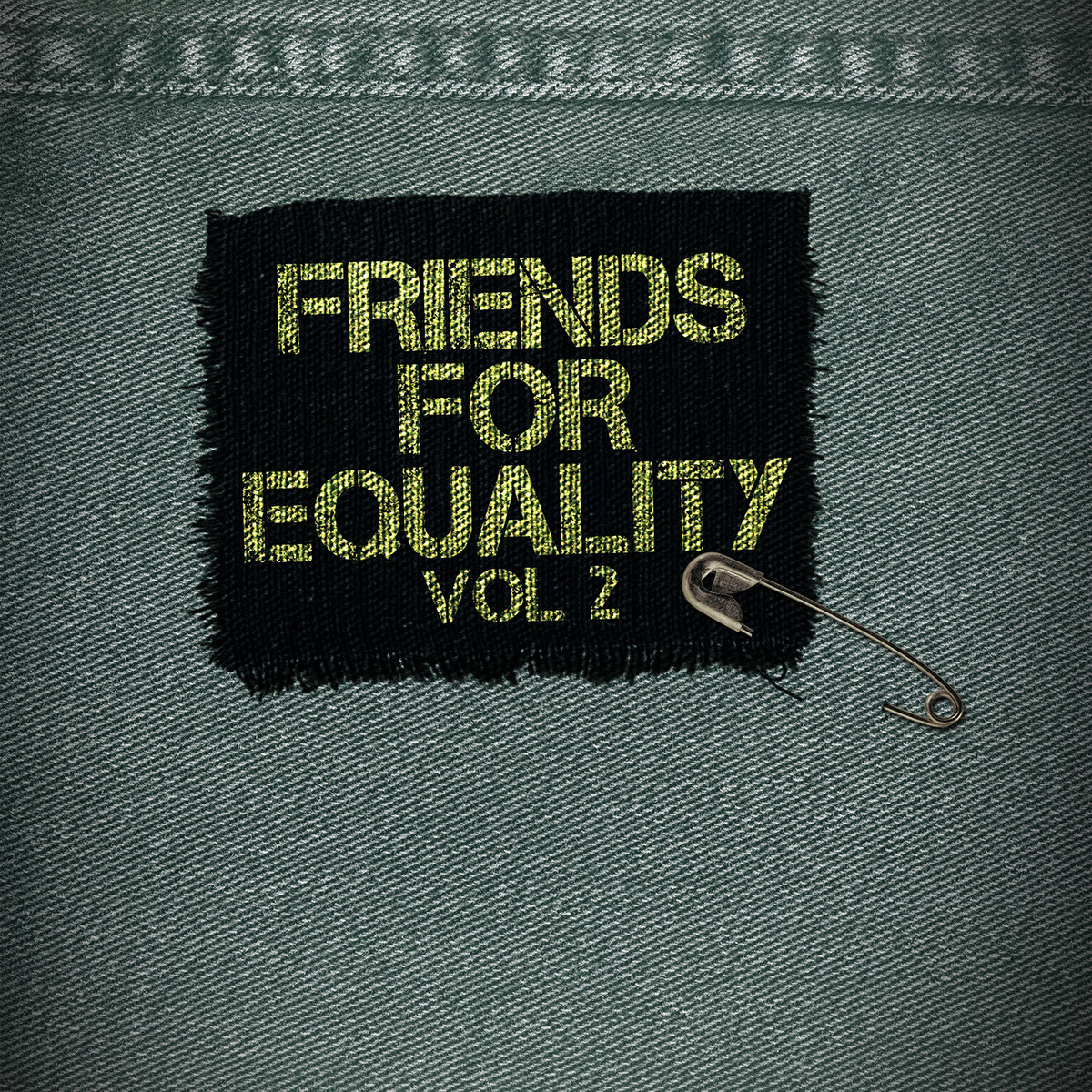 Sykes said he hoped this song would stress the importance of being vocal about the current political climate and issues and provide some healing for people who continue to be discouraged or angered by what’s going on.

Friends For Equality Volume 2 was curated completely by Kells. Besides Sykes, Hoax Hunters bassist/vocalist Ben Nicastro is also featured on “SAD!”, along with NO BS Brass Brand’s Lance Koehler on drums and backup vocals by Jeff Roop.

He asked three women, credited as the “perSisters” to sing backup vocals which included a speech-language pathologist, a member of the local Jewish community, and a recent nationalized citizen. 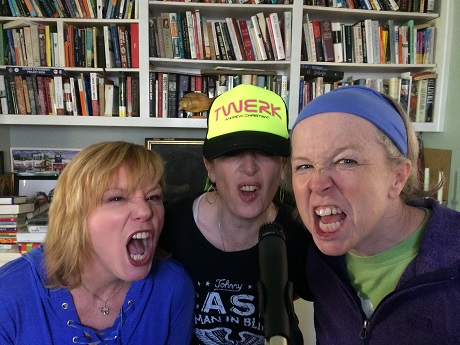 “They’d never sang before, they’re all moms, they’d never been in a band before, and I needed them on a track, they’re a very integral part of what’s going on in my district and they’re very active in keeping up with the congressman,” Sykes said.

RVA Mag got a little sneak preview of the comp and “Trump Drums”, “Evangelical”. “Gas Mask”, “Unity in Action”, and “Trigger Warning” are definitely some standout tracks. This is a stacked, powerful compilation that needs to be in your rotation.

“For me, it rings very reminiscent of anti-Iraq war kind of stuff, you had shows and zines or protests it just seems very similar for me like ‘oh we did this 15 years ago and here we are again’ but its seems more dangerous and more urgent,” Sykes said.

Just as before, proceeds from Volume 2 will be split evenly between the Southern Poverty Law Center, ACLU and Planned Parenthood. The sale begins on May 30 when the album drops, and will continue indefinitely. Contributions will be sent to the organizations monthly.

A release show is in the works for later this summer, but you can pre-order the album here for $10.

Hoax Hunters plan to release their third album through Cherub Records in late summer or early fall so keep your eyes peeled on RVA Mag for that.

15 years ago, armed with only a four track recorder and some low-end mics, PJ Sykes created what would become an archive of Central Virginia’s musical legacy, Cherub Records.
END_OF_DOCUMENT_TOKEN_TO_BE_REPLACED

END_OF_DOCUMENT_TOKEN_TO_BE_REPLACED

FEATURE SHOW
Friday, October 16, 9:30 PM
Torche, Pontiak, Snack Truck, Snakehole @ Hardywood – $13 in advance/$15 at the door (order tickets here: http://torchehardywood.eventbrite.com)
Florida metal heroes Torche have been around for over a decade now, and they’ve come a long way. Their various Richmond shows have proven this; in ten years, they’ve gone from rocking the basement of a sushi restaurant (RIP Nara) to blasting the roof off a deluxe craft brewery, as they will do this Friday night.
END_OF_DOCUMENT_TOKEN_TO_BE_REPLACED