T.K. Somanath, CEO of the Richmond Redevelopment and Housing Authority (RRHA), resigned from his position on Sunday, according to RRHA Board Chairman Bob Adams.

The resignation comes as efforts to restore heat to Creighton Court are underway, although Somanath, who resisted calls for his ouster, has admitted that heating problems are widespread as RVA Mag reported earlier this month. In many buildings, the boiler pipes are old and need replacing, and residents have reported heating issues for decades.

The resignation comes before Somanath was scheduled to brief Richmond City Council on the issue, where many were hoping they’d finally learn what the RRHA knew about the crisis and how long they have known.

In Somanath’s interview with CBS 6 Problem Solvers, he claimed that senior management first learned about heating issues this past October, but that lower-level employees knew since 2016. He also admitted that all 3,000 units are experiencing problems due to the aging infrastructure. 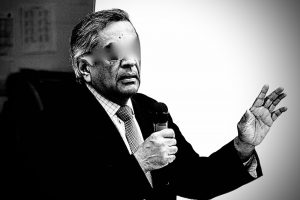 Local activist Omari Kadaffi, who maintains an interactive map of heating issues in public housing, was optimistic about the resignation. “It’s a good step forward towards transforming the culture of the organization,” he said. “RRHA’s core values are integrity, accountability, customer focus, and teamwork. They have not demonstrated any of those during Somanath’s time there.”

Kadaffi said with his resignation, RRHA can start focusing on their customers. His next step is to empower residents to make sure they get fair treatment.

“My colleagues and I will be facilitating ‘964 Know Your Rights’ trainings for public housing residents,” he said, referring to the federal regulations around HUD Title 24, which mandates the rights of tenants to participate in decision-making related to development, maintenance, and security; all areas where people living in the properties have been excluded.

Photo by The $8 Man courtesy of T.K. Somanath