RICHMOND – Robin Foster had worked with abused and neglected children for years, but it wasn’t until she came face to face with a trafficking victim that she fully recognized the dimensions of the crisis that brought a 17-year-old to a hospital emergency room early one morning.

The teen came to the hospital complaining of a sore throat but ran off when Foster tried to call her mom for permission to treat her.

“I chased her up the street at 1 in the morning,” Foster recalled.

Foster, who heads the Child Protect Team at Children’s Hospital of Richmond at Virginia Commonwealth University, said she later learned from police the girl had run away from her group home in Northern Virginia and was being trafficked by a man in a hotel in Richmond.

Human trafficking – a $150 billion global criminal enterprise, according to the International Labor Organization – is increasingly on the radars of law enforcement, politicians, and non-profits across the country. Statistics show the problem is worse in Virginia, and in the Richmond area, than in many other states and localities.

In 2017, Virginia ranked 15th in the United States for the most reported cases of human trafficking for sex and cheap or free employment. Last year, the state reported 156 cases, and 70 percent of those were sex trafficking, according to the National Human Trafficking Hotline.

Richmond ranked ninth nationwide in the number of calls per capita to the hotline, according to the organization’s 2017 report on the 100 most populous U.S. cities. Virginia Beach ranked 71st for calls per capita and Norfolk was 77th.

The Richmond region’s location at the junction of Interstates 64 and 95 makes the area an attractive place for traffickers, as does its large tourism and hospitality industry, says the Richmond Justice Initiative, a faith-based, anti-trafficking group.

While there is not an official estimate on the number of trafficking victims in the United States, the Polaris Project, a non-profit nongovernmental organization that runs the hotline, estimates the number to be in the hundreds of thousands.

Trump’s action came a few days after several executives from the website Backpage.com were arrested on 93 indictments including knowingly facilitating trafficking through their website and allegedly laundering millions of dollars. The deaths of some trafficking victims have allegedly been linked to the website.

However, critics of the bill say it conflates legitimate and willing sex work with forced trafficking.

“I think it’s ridiculous that the two are being compared because the key difference is that trafficking victims cannot choose to stop working, they are not being empowered by what they do like sex workers are, and it (the bill) doesn’t address the reasons why people are being trafficked,” said Fay Chelmow, founder and director of ImPACT Virginia.

Chelmow founded ImPACT, a nonprofit fighting to prevent and end the sex trafficking of children, in May 2015 after reading the U.S. Department of Education report, “Human Trafficking in America’s Schools.” Chelmow said she was alarmed to learn how vulnerable youth are lured into the commercial sex industry by traffickers who scout middle and high schools.

“There still needs to be more advocating work around simply educating people that this is an issue in the first place because trafficking is very profitable,” said Chelmow, a registered nurse since 1984 and a former hospice and palliative care nurse in Boston, Massachusetts, before moving to Richmond in 2010. One of the reasons trafficking is so lucrative for criminal perpetrators, she said, is that they can sell the same person “over and over and over again.”

Human trafficking “is a crime that hides in plain sight,” said Charlotte Gomer, press secretary for Attorney General Mark Herring. “It is very difficult to identify victims and prosecute traffickers. Trafficking is about supply and demand and, unfortunately, as long as there is a demand for commercial sex and cheap or free labor, human trafficking will continue to exist.” 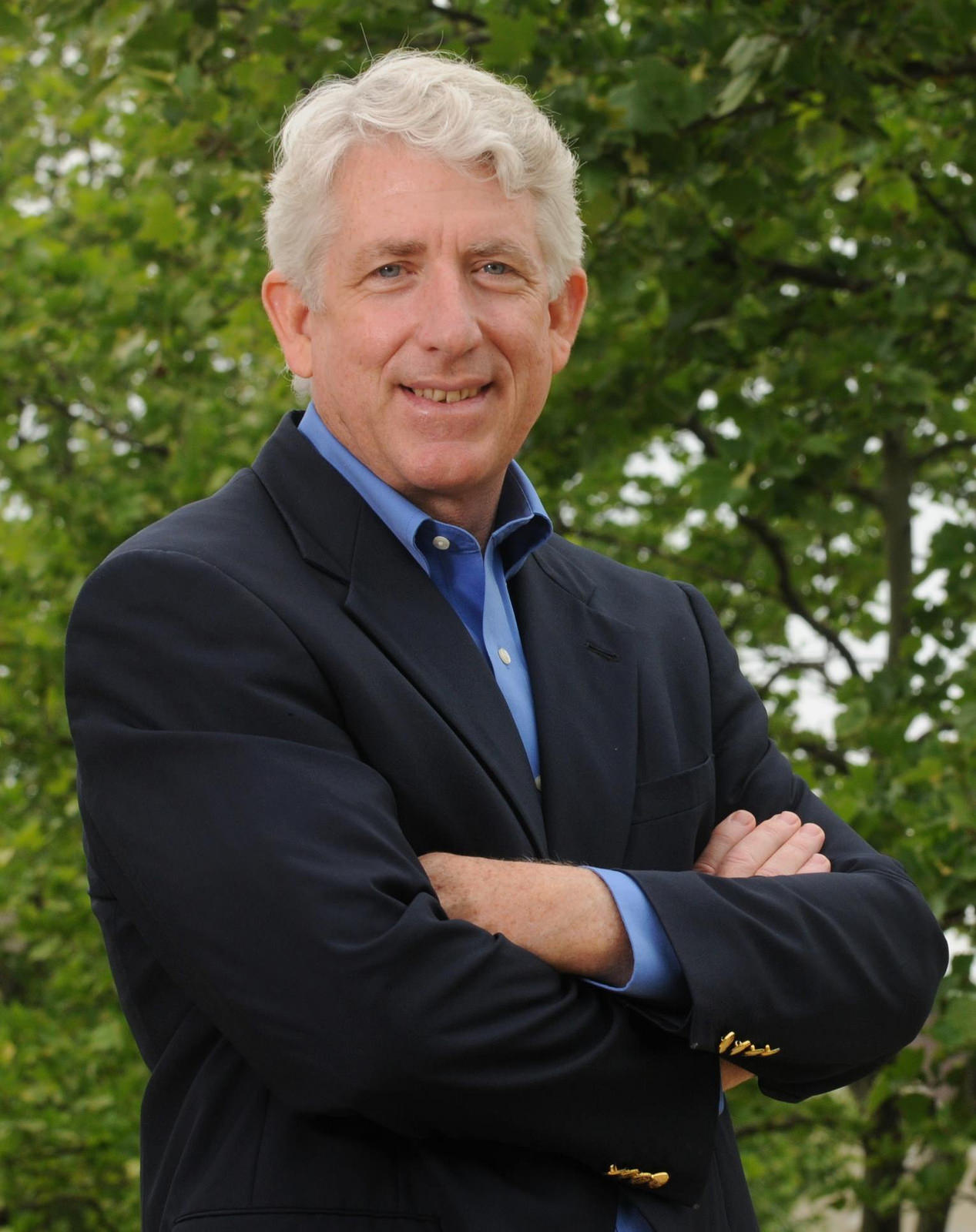 She said the attorney general’s office works with the city of Richmond and Henrico and Chesterfield counties to provide training, resources, victim services and operational assistance to combat trafficking.

During this year’s General Assembly session, Herring won passage of legislation that will make it harder for people who are charged with trafficking-related crimes to post bail – essentially placing a presumption of no bond for such offenses.

“This is a bipartisan issue and something everyone seems to agree we need to work on,” Mullin said in a statement earlier this year.

Advocates Press for Prevention and Solutions

At Children Hospital, Foster said the biggest medical roadblock when helping child human trafficking victims is finding them a secure place, away from their exploiters.

“Where do you place these kids? So what if you recognize that they’re victims? You can’t discharge them home, so where are we putting them? A lot of the time they have drug dependency so they might have to stay in the hospital to make sure they don’t have to go through drug withdrawal,” Foster said.

Foster said helping victims is even more difficult in the case of family-controlled trafficking.

Elisabeth Corey, a survivor of family-controlled child sex trafficking and abuse, recounts those experiences in her advocacy and book, “One Voice.” She said that her encounters with domestic violence and incest began when she was 2 years old and that after years of familial sexual abuse, her father began selling her.

Corey said her parents were highly involved in medical appointments, but answered the doctors’ questions with lies. For example, Corey said she was seen frequently at a young age for urinary tract infections, but her mother told nurses it was a result of bed-wetting. Corey said that should have raised alarms because bed-wetting is a symptom, not a cause of urinary tract infections. Likewise, she said the frequency she was being seen by doctors should have raised concerns.

“It was mind-blowing they would just trust what my parents said,” Corey said. “When I was being trafficked, they (medical professionals) weren’t even addressing domestic violence – so no one even had a word for trafficking, no one was even looking for it.”

It wasn’t until Corey had severe pelvic pain during a sleepover that red flags were raised. A neighbor took Corey to the emergency room after being unable to contact her parents.

“Foster care was so bad – I was getting raped in foster care – that I rescinded my story so that I could go back home,” Corey said. “I literally preferred my home to the foster care environment.”

In 2016, the National Center for Missing and Exploited Children estimated that one out of six runaways might be children sex traffic victims and that the vast majority of those runaways had been in foster care or social services care.

Foster credited the work of Chelmow and others in drawing attention to the victimization of children by traffickers. Ten years ago, she said, the problem and strategies to fight it were “totally off the radar.” There is more awareness overall, she said, with information being placed in “schools, hospitals, airports, at bus stations – critical points people are being trafficked.”

The role of the federal government, at the same time, has helped reshape the fight against trafficking, Foster said, as has the view that “the trafficked person is a victim and not part of the problem.”

Still, many problems remain, especially among higher-risk populations – minors in the foster care or social services systems; the homeless, young people with a history of running away; and LGBTQ youth.

LGBTQ youth “are already so marginalized, and it’s all about exploiting vulnerability,” Chelmow said. “Being marginalized makes you even more vulnerable.”

Despite the wide variety of backgrounds from which young people can be trafficked, Corey said, there are common elements in identifying the abused.

“I work as a life coach all over the world, and it’s almost scary how everybody, regardless of how similar experiences are, reacts to trauma the same way,” Corey said. “We really have to get away from the idea that trafficking is in a silo because it’s not.”

Authorities investigating human trafficking should be ready to consider issues ranging from emotional abuse to financial problems, she said.

According to Foster, among the signs that medical professionals can look for is the presence of someone who is not related to the person seeking help but who acts as if they are – for example, “someone who is like an uncle but won’t really act or look like an uncle.”

Other signs include anxious behavior from a patient, the inability to speak for themselves, sexually transmitted diseases and pregnancy. Foster said practitioners should also be aware of excuses used to justify physical trauma and the possibility that any overdoses were done with the intent to commit suicide.

Some of these problems may also be seen by teachers, Corey said.

“I know, we already ask our teachers to do a lot, but they are the first responders to spotting this because they see the children every day,” Corey said. “Another solution is asking survivors what they need and what other survivors need, because we know our experience and solutions need to be trauma-informed.”

However, Corey is aware that finding survivors who are willing to speak out can be difficult due to threats to their safety from their abusers.

“Another reason they don’t come forward is that people who are trafficked have been manipulated into thinking this is their choice and it’s their fault, and they don’t know what trafficking is or what its definition is,” Corey said. “Another side of it, and this is true for me, is that they disassociate and repress the memories.”

A major part of Corey’s work as a life coach and running her website beatingtrauma.com revolves around addressing how trauma manifests through memory loss. She left home at 18, but it was not until the birth of her children in her 30s that she remembered the trafficking and other forms of physical and sexual abuse she experienced.

“There were years of me going to Christmases and events with my family before I remembered the abuse,” Corey said. “I remember always feeling angry around them and like something was not right and I couldn’t name exactly what it was, but my children reminded me of what had happened. A lot of times, children will remind survivors of their own trauma.”

Corey is no longer in contact with her family. She said avoiding the generational cycle of abuse is difficult, but possible.

“I believe that anyone who abuses their children was also abused as a child, but that does not mean every person who was abused will then go on to abuse their own children,” Corey said. “There is a process to deal with the trauma and to address it.”’