Monday morning in a press conference held at The Diamond, John Baliles and Flying Squirrels Chief Executive Chuck Domino announced that the baseball stadium would be the new canvas for the upcoming 4th RVA Street Art Festival.

The festival, to be held in the fall, will feature painted murals, projection lighting, landscape art, stairwell art, and other forms of mixed mixed art and bring together dozens of local, national, and international artists according to the Flying Squirrels’ release.

A concert series, food and beer trucks and activities for children and adults in the parking lot around the stadium, and Street Art-influenced Flying Squirrels merchandise are also on the schedule for the festival.

“I have been coming to this site to watch baseball since I was 6 years old when it was Parker Field and I was here the day this stadium opened,” said Baliles, in a statement on the partnership. “It is an absolute thrill to now have the opportunity to bring some of the best artists and creative minds in Richmond and beyond to transform the Diamond into a unique, artistic jewel.”

Last year, the festival was held at the Southern Silos in Manchester and prior to the that, the mural project was held at the former GRTC bus depot on South Davis Avenue. In September, the property was sold to local developers DKJ Richmond to be turned into a mixed use property. 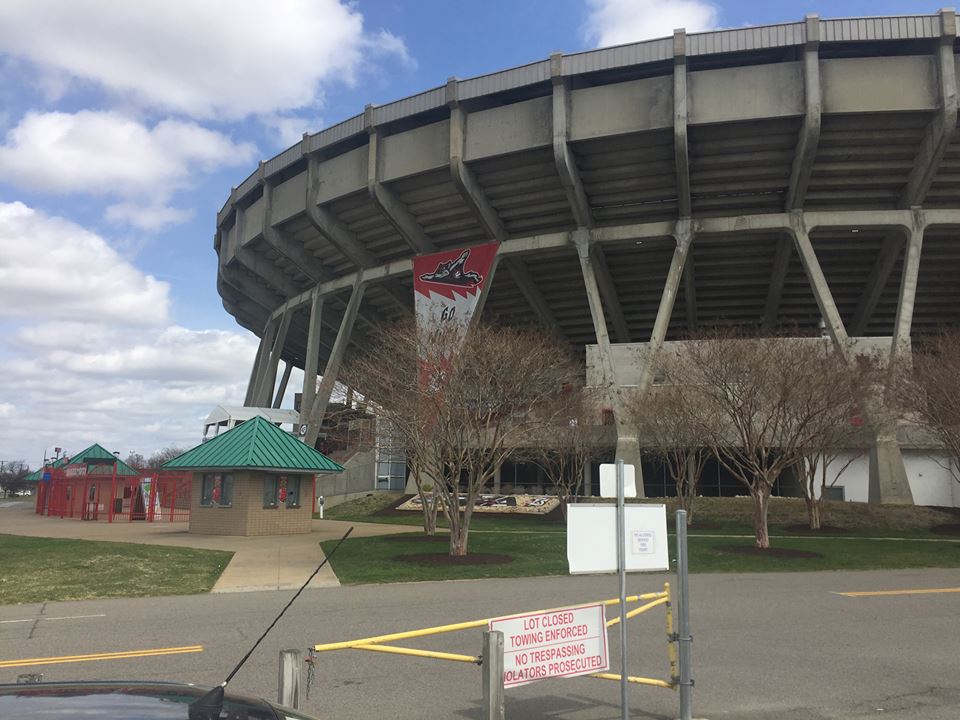 Proceeds from the festival will support Connor’s Heroes, an organization that gives support and companionship to children in cancer treatment and their families which Domino believes will be a great way to draw in attendees.

“This will be an incredible opportunity for the Squirrels. It’s going to help bring new people to our ballpark and help grow our charities supporting renovating inner city baseball diamonds in underserved communities,” he said in the news release.

Co-founder of the RVA Street Art Festival and local muralist Ed Trask, was equally excited to have the upcoming festival at The Diamond.

“This is one of the most unique canvas’ I have ever seen and the possibilities for creativity are endless. This takes the transformational power of public art to the next level,” he said in the release.

The 4th Street Art Festival will be held Sept. 22-24 at The Diamond. Keep your eyes pealed on RVA Mag as details emerge about the forthcoming festival.