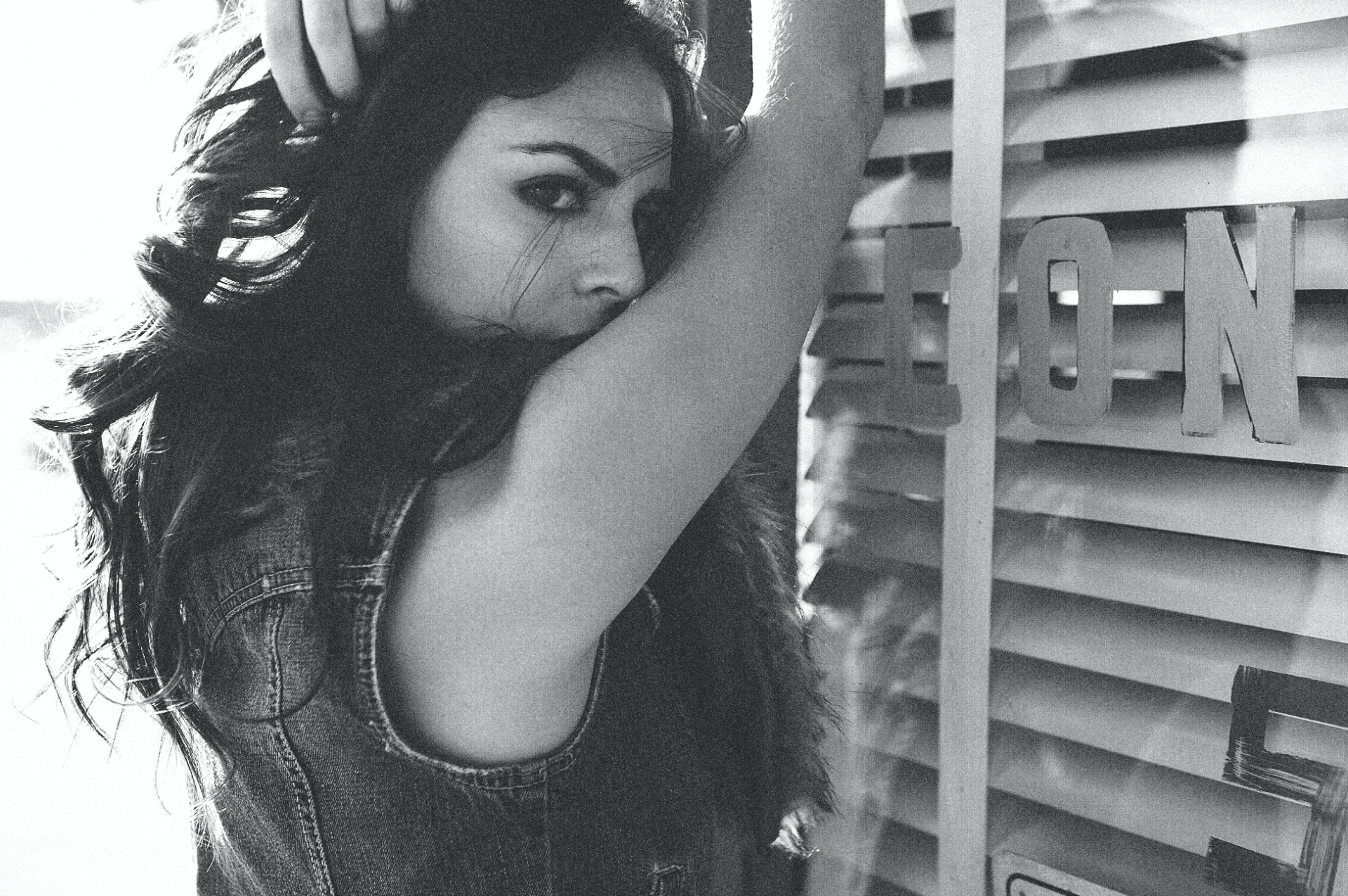 Marcus is passionate about spending time behind the lens, and makes a point to shoot every day. This passion led him from Richmond to Florida’s Full Sail University for film school. He then came back to work in Richmond for a bit before moving Los Angeles, where he’s resided for the past five months. One thing I wanted to pick his brain about was the difference between working and living here versus on the West Coast. As I learned, it wasn’t a lack of work that drove him from Richmond, but a desire to experience life in a fresh location. Travel, connections, and dedication are crucial elements to his particular formula for success. 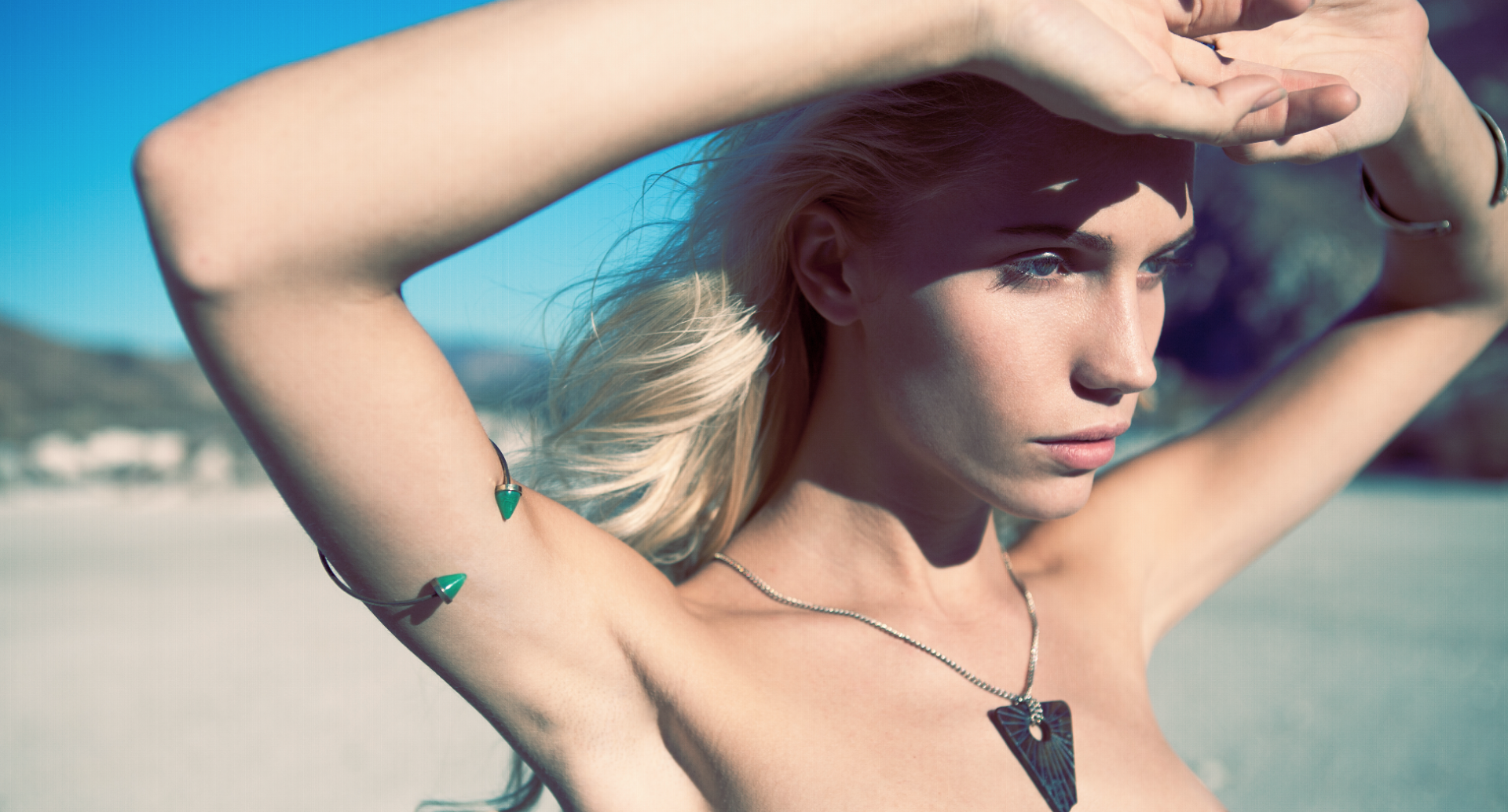 You’ve been living in LA for how long?
Almost four months now.

How does it compare for you work-wise? Have you been able to get a lot more work there than in Richmond, or at least decrease the amount you have to travel for work?
It’s about the same. It’s just basically getting my name out once I’m actually here. No one really knows I’m here until they start seeing me work with someone. It’s definitely a word of mouth type of thing, but it’s been picking up.

Did you go to art school?
I went to Full Sail in Orlando. I did film and video there.

So you went to Full Sail, then came back to Richmond to work for awhile?
Yep. Came back here, picked up the camera, and basically started shooting. 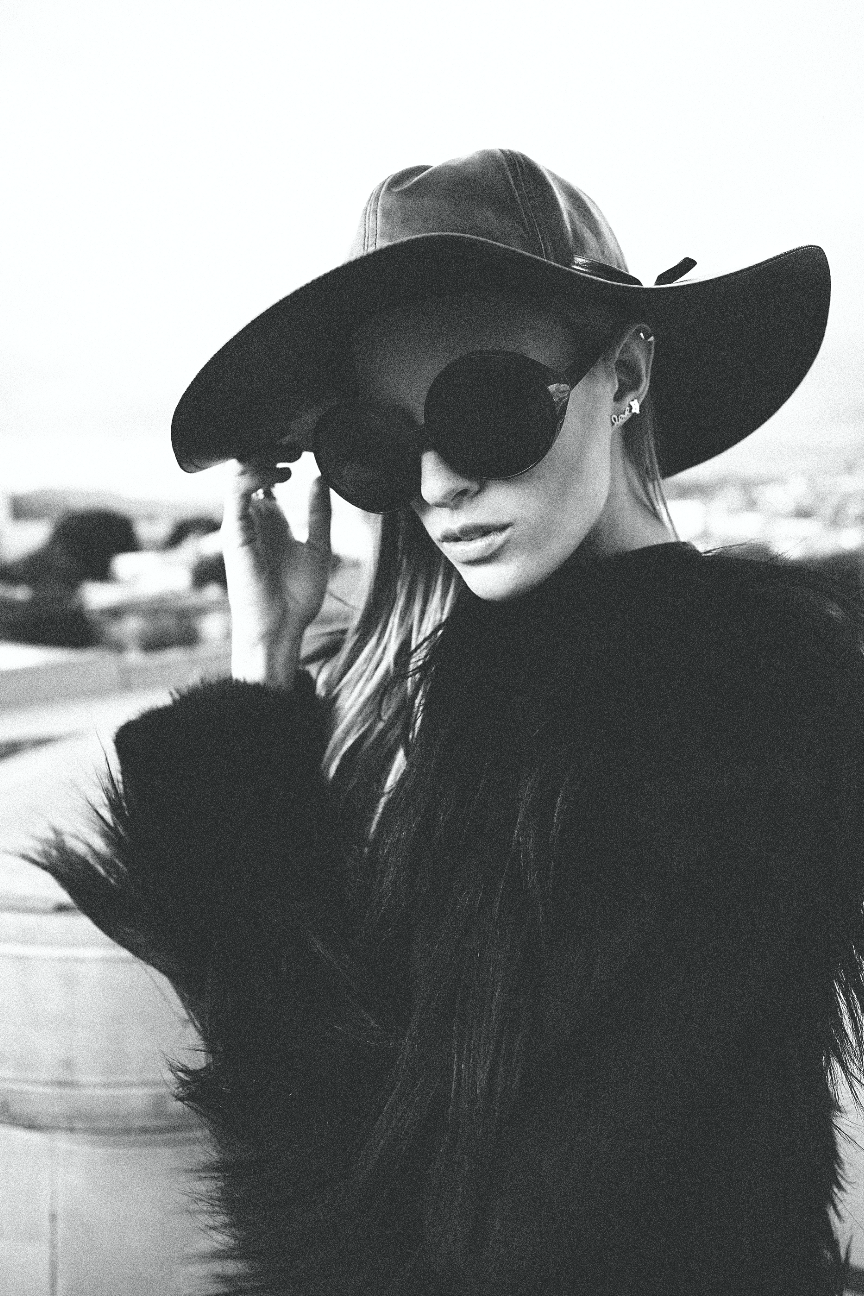 I see you shoot primarily fashion photography. What got you into that, specifically?
It kinda just fell into place. Originally I didn’t intend on shooting photos, it was always just video stuff. I just started shooting photos of friends. Then I actually had models contact me thinking that’s what I did–and it wasn’t. Once I worked with those models, then agencies started contacting me, and from there I thought I might as well just do it.

How do you about the process of setting up work with the agencies?
I’ll either contact the agency or they’ll contact me and tell me what guys or girls they want me to do testing with. If I contact them they usually send me a package of about 20-30 different models. I’ll pick the ones I want to work with, and just go from there.

So how do you choose who you want to shoot? Is there anything specific that you look for in a model?
Different unique looks. Just [people that] have a unique, not everyday look. 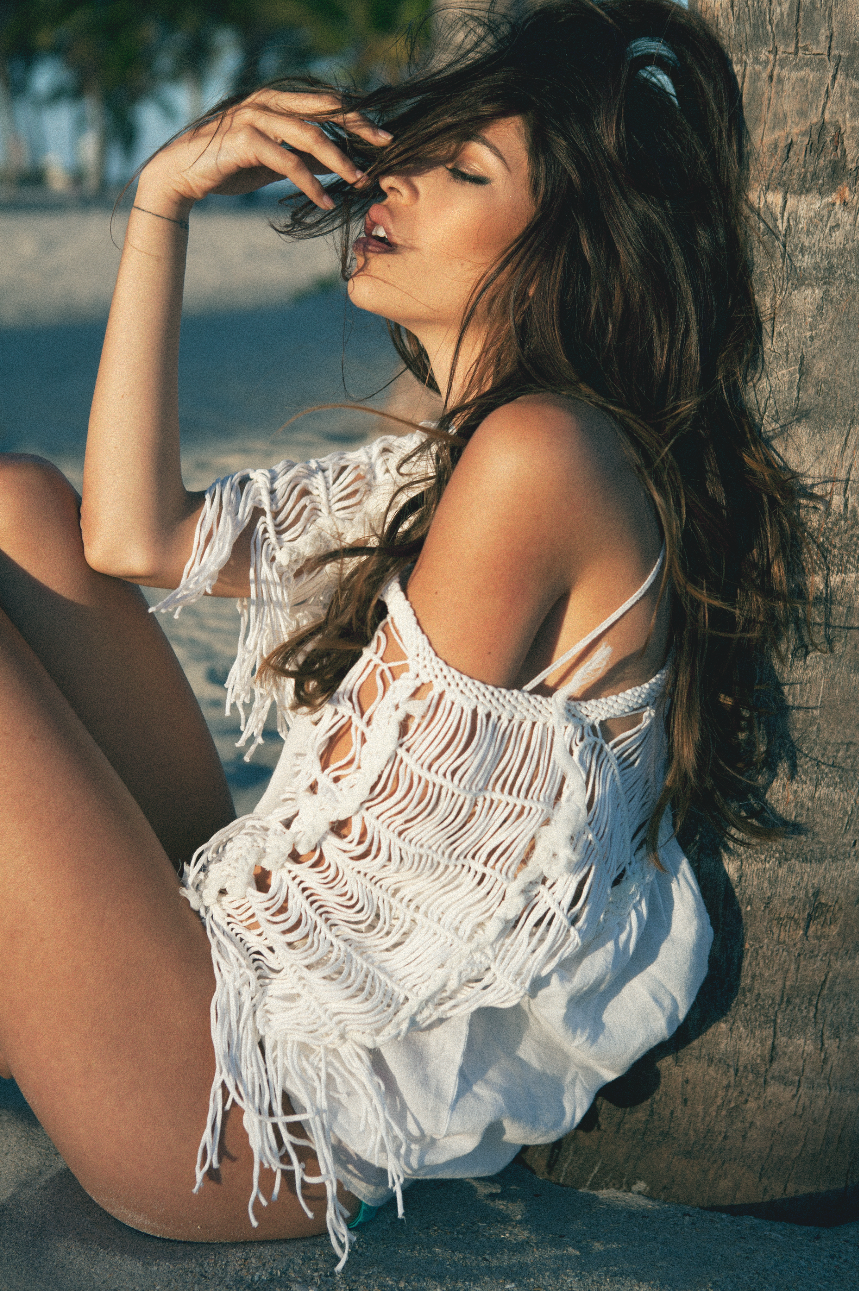 I feel like a lot of what you see, looking at fashion magazines, are trends. Think Twiggy popularizing the waif look, Gisele Bundchen popularizing the exotic look, etc. Have you noticed any trends in particular regarding the models you work with?
I really just see the trends in photography. With modeling and fashion, that stuff’s always changing, but there are a lot of trends with photography.

Are you into men’s fashion, or fashion in general? Or is this type of photography simply what you fell into for your work?
It’s weird, I don’t know. If it’s looks good, I’ll get it. I like streetwear. There’s a company out here called Orisue; I like them. As far as high end, I like Louis Vuitton, Hermes.

Why LA over New York then, for fashion work? There’s always been that battle between New York and LA…
Well, I’d been to New York but had never been to California before. People always talked it up like it’s the place to be, so I figured I’d see if I liked it.

So you moved out there without ever having visited?
Yeah, I’d never been before; just picked up and moved. 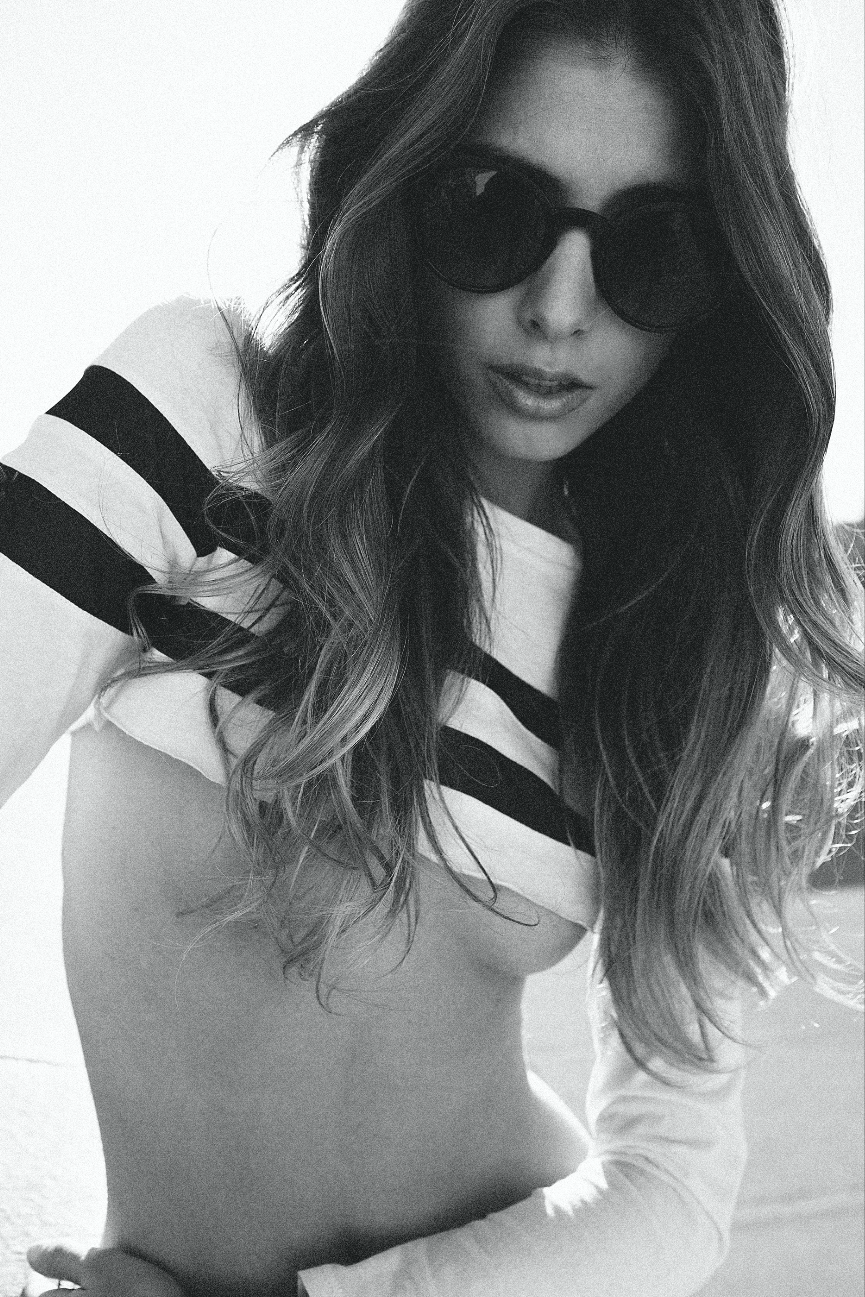 A lot of people in fashion seem to bow at the altar of Terry Richardson. Are there any specific photographers who inspire you?
There’s no one in particular who inspires me, but seeing different ads, there may just be one thing that inspires me. I can see 20 different pictures and pick out one thing from each picture and then put my own spin on it. It’s just different things, not one photographer in particular.

So I read on your blog that you used Canon over Nikon. Is that still what you prefer?
I shoot a Canon 5d Mark 2. I’ve used Nikon before but Canon just feels more user friendly. They both produce great images.

So you’ve been doing photography since high school. You were working with film then; do you still?
Yeah. I did a two year black and white darkroom photography class, but that was really it. When I was doing that I was shooting rocks and trees–just random stuff, not even people.

So do you prefer shooting people? I imagine it’s cool to get to interact with people and build relationships.
Yeah, everyone’s different, so I like shooting with different people, meeting people and traveling and stuff.

So I guess now you’re concentrating on editorial work vs just doing photography for photography’s sake. Do you see yourself getting back into the latter, or are you trying to focus simply on editorial work?
I want to try get more into editorial stuff. [With] editorial stuff, you can be creative and shoot however you want to shoot it. Basically, I want to try to shoot something that’s set like a movie scene, something that tells a story. 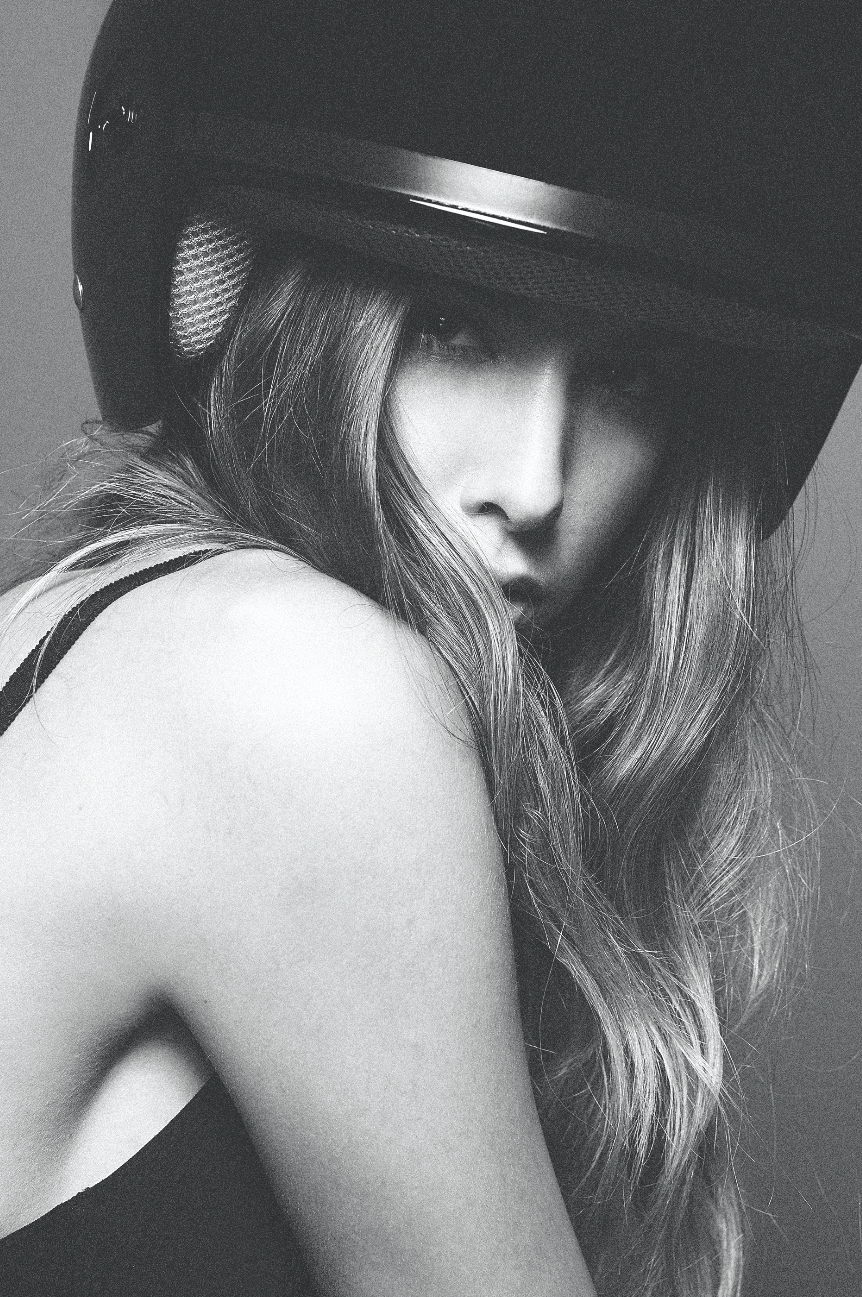 On your tumblr and website you have mostly single shots of models, but they’re all quite different. To make each one unique, what are the little things that inspire you? What gets you going/gives you the chills?
Lighting, shadows. Which is kinda strange. I like that more than anything, honestly–just the way photos are lit. Natural [light] or artificial strobes or whatever.

Sunshine, definitely one of the pros to LA. Do you ever see yourself coming back to Richmond? Do you think this is a place where an artist’s career can really grow and become something to make a living off of, or do you think it’s better to make a move somewhere with a bigger market, like you’ve done?
I’ll definitely come back to Richmond to visit, but I want to keep moving and going different places and seeing what I like. 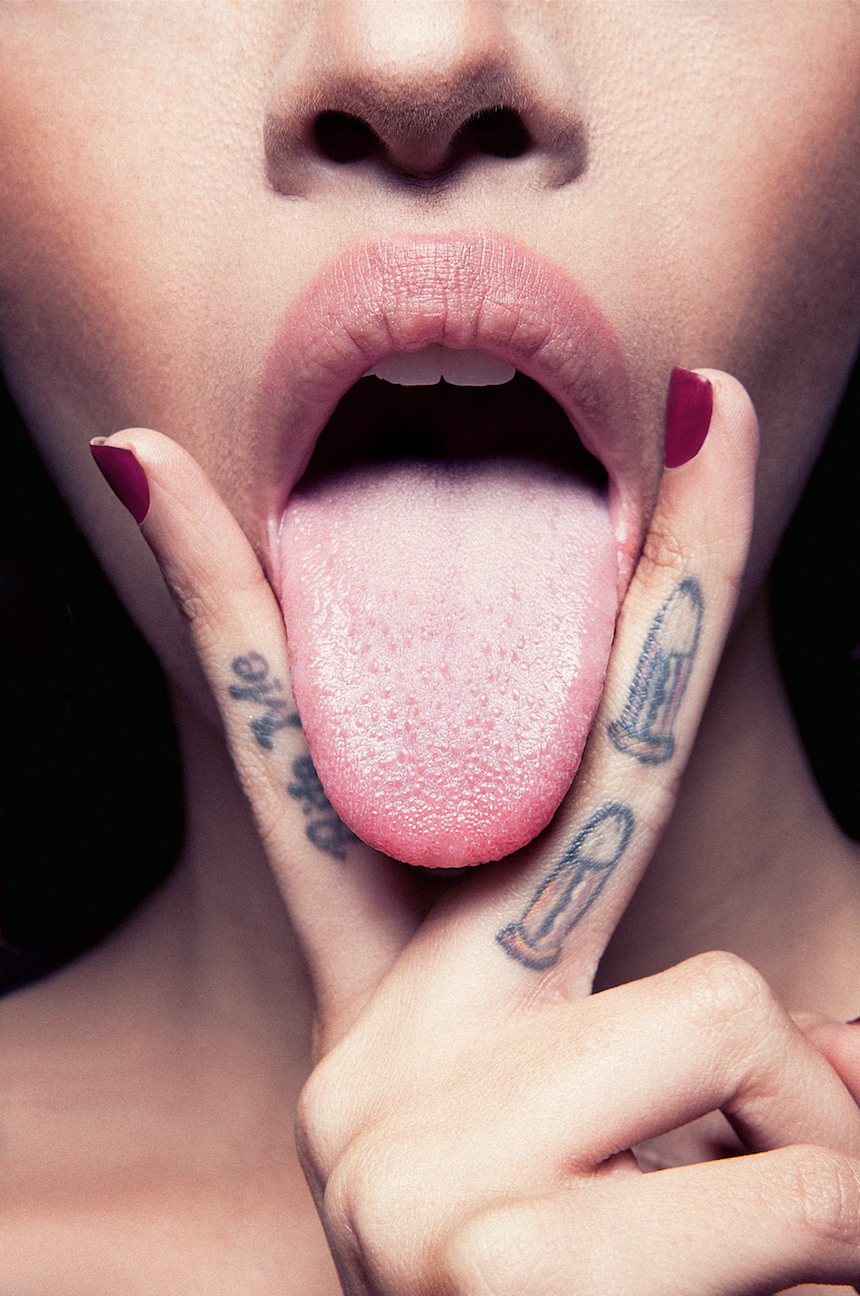 So your move was more to experience different things and make different connections, less to do with not being able to find enough work here?
No, I had plenty of work in Richmond. I’d been shooting full time, every day.

What advice would you give to yourself 5 years ago? Say to someone who’s trying to do what you’re doing coming from a town like Richmond. What’s been the key to your success?
You’ve just got to be passionate about it. If you’re not 100% always about it, anytime of the day, anytime of the night, you’re not going to go anywhere with it. I live and breathe shooting–that’s all I do.

That’s awesome. I wonder, with some artists who I know and don’t see working every day, whether it’s something they’re truly passionate about. Sounds like it’s your life force.
Yeah, and in order to stay relevant and [have] people know who you are, you have to constantly shoot, or constantly do what it is you do. Otherwise people will ask where you went, figure you fell off, and wonder what happened.

Yeah, if you don’t there’s inevitably someone out there trying harder than you. Have you met a lot of other photographers in LA?
Yeah, I’ve met a bunch. There are a lot of really really good people out here too, but the photographers seem cool for the most part. It’s really competitive but there’s a lot of work too.So I’m sure it balances out.

Was your experience at Full Sail your first time living outside of VA? Is that what made you want to try living and working in different cities?
Yeah. If you don’t have an ultimate goal in mind, a bigger picture, Richmond will suck you in and you’ll stay there for a long time. It’s not completely a bad thing, though. There are a lot of really good people in Richmond. 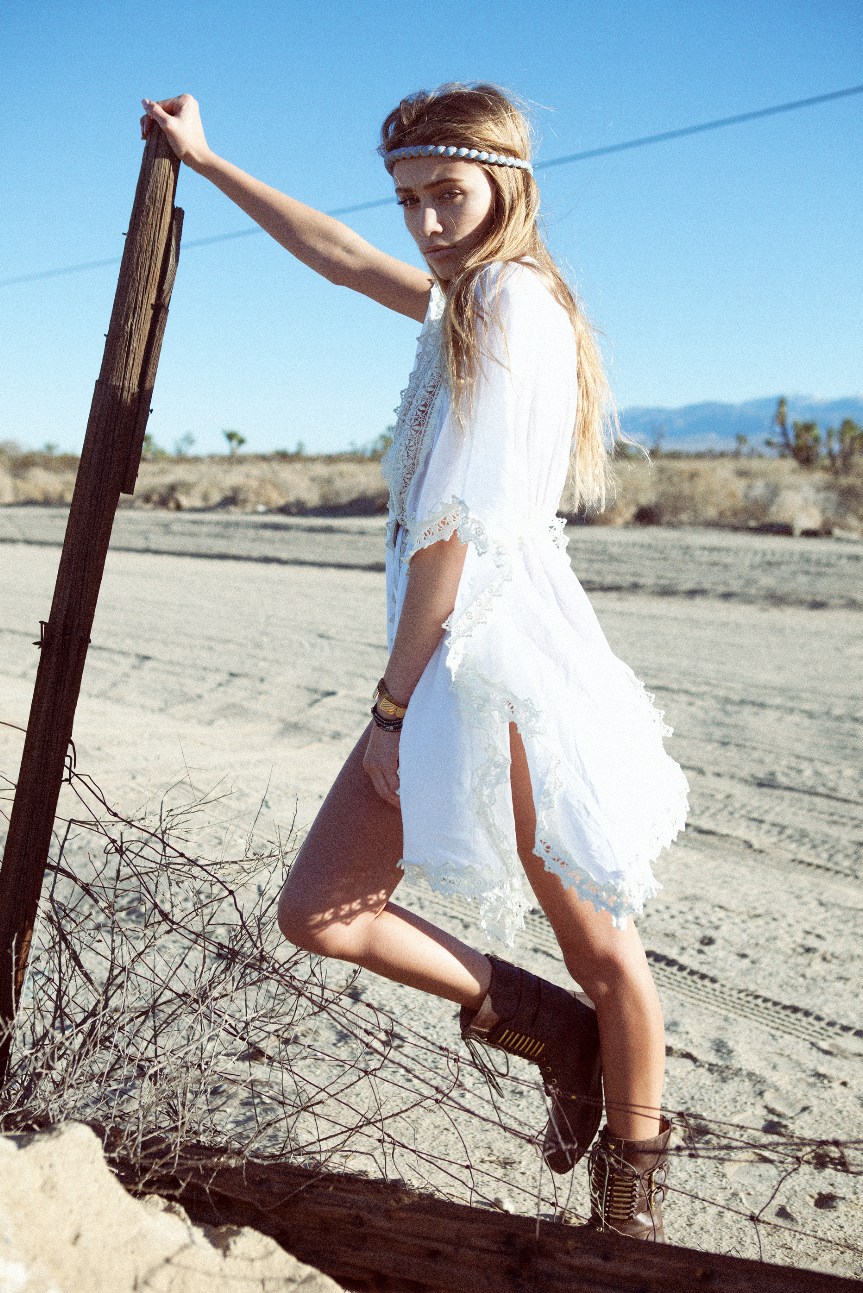 Is there anywhere else you really would like to live and shoot?
I’ve never been outside the US. Would love to go to Europe somewhere. Never been to Hawaii either. LA’s cool, besides the people. It’s totally different from back home. People are way more real on the East Coast and in VA.