It’s impossible to miss the extraordinarily shaped structure peering over the city like an ironclad superhero at the corner of Broad and Belvidere Streets.

Why were they all there? So their curious minds could be given clarification on the ICA’s overall context and place in the modern design legacy of Richmond. Attendees were also informed about several ambitious goals of the institute–to showcase the art of our time, be a highly accessible public resource to both VCU and the city of Richmond, and to foster a thriving global connection and presence.

The ICA is but one of many fascinating contemporary structures in Richmond. However, local architecture displaying fashionable features date as far back as 1814 with the Gothic-Revival style Monumental Church and, most recently preceding the ICA, the Virginia Museum of Fine Arts. Its therefore no surprise that between the ICA’S $37 million privately funded capital campaign, support for local galleries & collectors, and Richmond’s obvious love of art, this city is thirsting for a new contemporary building to support arts and culture.

The ICA’s location reinforces the presence of VCU’s School of the Arts throughout the city, while the architectural design reflects its goal of becoming a central and accessible community resource while also establishing itself as an innovative Richmond landmark. To bring this vision to life, the ICA’s main architect, Steve Holl, turned to the short story, “The Garden of the Forking Paths” by Jorge Luis Borges, for inspiration. Which is why two separate entrances exist—one facing Monroe Park, the other facing the university. 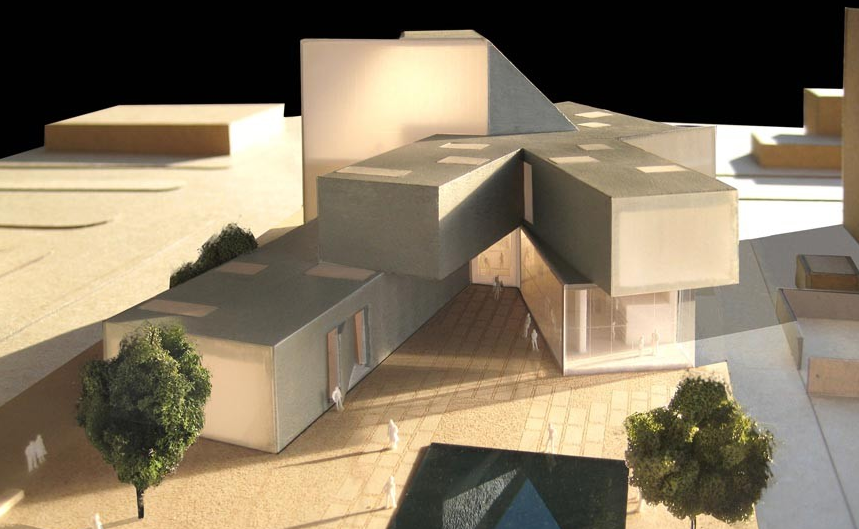 Holl hoped to convey the impression of two paths speeding in different directions, representing the future and shared by a common plane–present time (reflecting the concept of modernism itself). This creative gateway is both functional and sustainable; with optimal airflow between the forking paths, geothermal heating & cooling, and an emphasis on lighting quality. The architectural features include a large entry space, a café, a sculpture terrace, and an auditorium that can hold up to 240 people—ideal for performance art, films, and gallery talks with artists.

The space, however, is ultimately designed to let the artwork do the talking. “Declaration,” the boldly entitled opening exhibition, does just that. The exhibition pays homage to current pressing issues—particularly matters regarding free speech.

“Originally, we had a different idea for the opening of the ICA,” acknowledged Freiman, the ICA’s director. “Then came the presidential election, and, in a non-partisan way, it became apparent that everything around us had changed. The title and works put historical documents in dialogue with contemporary artworks, acknowledging that the future cannot happen without the past, and that there’s a global connection with everything we do.”

Showcasing over 30 North and South American, European, Asian, & Australian-based artists, the ICA’s reach stretches far beyond Richmond—further reiterating it’s local and globally-based mission.  One especially poignant artistic declaration is to be displayed on the ICA’s side facing Broad St—an approximately 40-foot neon piece by Bahamian artist Tavares Strachan. The piece, You Belong Here, is uniquely relevant given the debate surrounding immigration, border walls, and who belongs in the US. According to Frieman, “This piece takes on a different kind of resonance.” 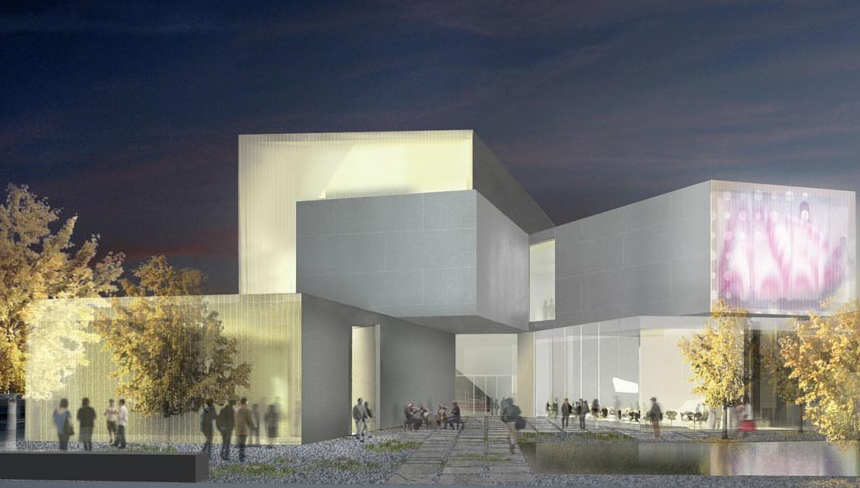 With the public visilbity of this piece and the kinds of engagements the ICA is trying to encourage through it’s exhibits, there is no doubt that Richmond will move deeper into the national conversation. A local and national press release outlining more specific details involving opening exhibitions and events of the ICA will be made public within the next three weeks.