It was late August but hot as early July when I rolled up on emcee Ver$ace Chachi, fresh off his tour of London, England. The globetrotting hip hop artist was meeting me on a block of West Broad Street on a typically muggy Richmond night.

Normally, I’d sit down to talk hip hop in a bar or restaurant, but we headed upstairs to the studio of Richmond’s independent radio station, WRIR, where I knew the AC was working. Chachi, bearing chocolates from Carytown, had come over to talk about doing hip hop overseas, cultural differences between American and European fans, and hip hop’s favorite subject: Getting paid.

First, I asked him about a contentious tweet he wrote earlier this year, where he voiced his opposition to performing for free.  “I’m not the type out here bragging, like, “Hey, I went to Europe so I’m better than everybody,” Chachi said. “I don’t want people to get the wrong image.”

For Chachi, it’s about the hard work he’s put in, not ego. “I had to sacrifice, you know? I was working a job, all that shit, moved to New York, I put away a lot of stuff. I got promoted at my old job. I chose to dismiss all of that and pursue music, whether I was getting money or not. It’s something I wanted to do and I felt like by me making leaps and just even being able to get booked for a show overseas, I’m like damn, like y’all got to put some type of respect.”

It’s not just about him, either. He said, “If I’m going to book somebody for a show then I feel like they deserved to be paid.” He didn’t want to single anyone out, but said that he’s been asked to perform free too many times. “I just feel like you can’t just go out your way to hit me up and say, ‘Hey, come for a show,’ and you can’t even offer the smallest [pay]. I’m not trying to be about money, but at the end of the day, this is all I got.” 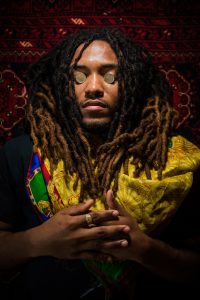 In order to understand Chachi’s take on why he feels this way about compensation, you have to understand the journey that led him across the pond. He said that at one point, he was the guy working for free, doing every show he could. “I was that dude running around, and there’s nothing wrong with it,” he said. “I’m not trying to tell nobody how to move or nothing like that, but I felt like I had to in order to establish what I felt like I wanted to do, you know what I’m saying?”

Chachi told me he felt like he had to “get out of the box.” The free shows, the hustle, “didn’t really pay off,” he said. He ended up moving to New York, leaving Virginia behind. “It’s not always about where you’re from,” he said. “It’s more so like about where you’re at, the position to people you can interact with, people you can talk to. Being in different places can inspire new thoughts and ideas, you feel me?”

In New York, his peers called him “southern.” Chachi said, “I felt some type of way about that shit.” Southern, Chachi said, meant “lyrical.” While Chachi uses sampled melodies and song, it’s not all he’s doing. He said, “I’m not on that, like, boom bap conscious wave. I can do that, but like, I just try to have a little bit more character than my music.”

Chachi’s progression has taken him from Richmond to New York to Europe, crossing the ocean and another set of cultural and linguistic borders. “Yeah, they say nigga, bro,” he said. “Not some racist shit; like, all the white kids screaming ‘That Nigga!’” He said that’s not how it’s meant there, it’s just the fans using words they’re picking up in rap. When he hears it, he said, “I let it rock, as long as you rocking with me. That’s all that matters.” When it comes to other hip hop vernacular, like the word “lit,” the fans are even more clueless. “They scream it’s lit, it’s lit, and they don’t even know what it means.”

Chachi has crossed a lot of language barriers, with performances in Hamburg, Germany as well as the Czech Republic, France, and London, but has found English and rap both work across the divide. “A lot of people in France, you’ll walk up to them speaking English and they look at you like you’re stupid, but they really do speak it,” he said. “They’re just being lazy, trying to be funny, but they speak that shit out there, like, very fluently.” About ninety percent of the people he meets speaks English, he said, “and if they don’t know how to speak it well, they do know the words to songs. That is a fact. And they will make sure that they sing it at the shows.” 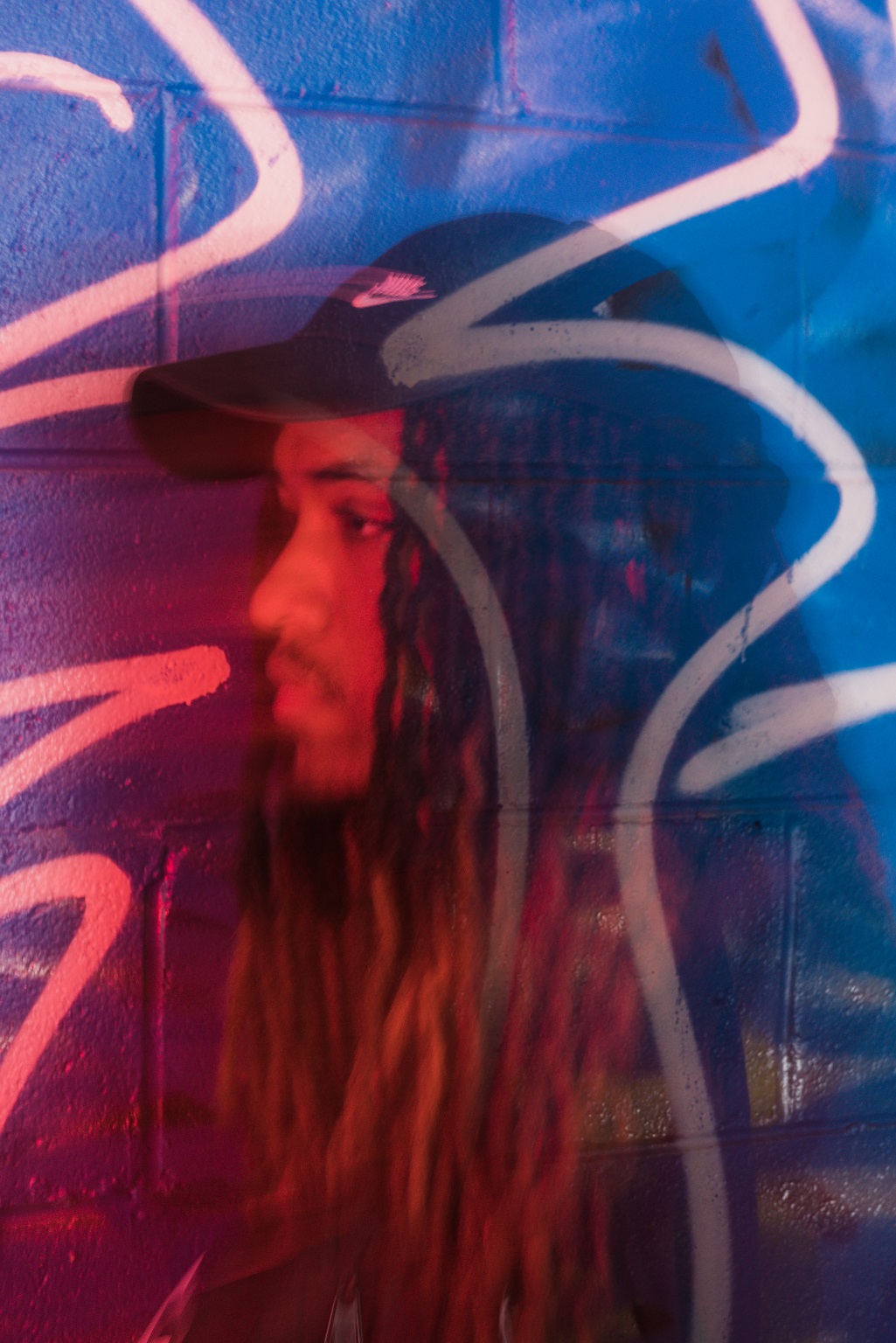 Chachi’s experiences through Europe bring to mind an earlier generation of Black musicians, touring overseas because they were barred from America’s segregated television programs. More recently, hip hop groups like The Roots toured new music in Europe before a stateside release.

The fans are different in Europe, Chachi said. “The people out there know just as much as us out here, especially when it comes to underground,” he said. In Europe, “they’re more hip to the upcoming scene, as opposed to people out here.” The experience as a rapper is different, too. No matter your standings in the American rap game, in Europe, the fans treat you like a celebrity.

Chachi told me one story he’s never let slip before, illustrating what makes the European experience so different. “The craziest shit that ever happened to me out there, it was my first tour. I was in south France, in Montpellier.” He was with his then-tour manager, and stepped away to visit an ATM. “I’m walking dolo [alone],” he said. “Over there it’s a little different, a little bit more chill, relaxed. So, I’m walking, and I get to the ATM. And I swear on everything I fucking love, some guy walks down the street, playing one of my songs on a boombox. Shit fucked me up.”

By the time you read this, Chachi should be back overseas, but he’s also got some new music coming for his American fans, and he’s sifting through footage to make a video for his single, “Yoga Flame,” shot in Toronto, Canada. After the long route he’s taken, I asked him, what would you tell someone just starting out now?

Versace kept it simple. “Know your worth.”

In 1943, fashion publicist Eleanor Lambert established the first ever Fashion Week in New York. Lambert, the founder of the International Best Dressed List, remodeled the French concept of a fashion show into an organized, seasonal event, and since then, fashion weeks have become forums for the conversation of style in cities around the world.

On March 8, this year’s Fall/Winter cycle of women’s fashion weeks came to a close in the “Big Four” fashion capitals: London, Milan, New York, and Paris. The high concept spectacle of runway shows continued to dazzle, but the street style found outside tents pulled just as many eyes and headlines.

The intersection of what goes down the runway and what people wear is the concept Richmond boutique Mod & Soul is founded on, and the starting place of RVAMag’s hunt for local businesses that showcase the top styles of 2017.

“I definitely get very inspired by the runway shows and street style of fashion week, and I kind of take that into consideration when I’m buying, but I don’t like to follow trends completely,” said Jasmina Zulic, owner of Mod & Soul. “I like to be more versatile…I don’t buy anything so trendy that a person who doesn’t really follow fashion week, or seasonal trends, doesn’t feel comfortable wearing it.”

Zulic opened her boho chic store on West Broad Street last spring after running a successful online boutique for a year a half.

Mod & Soul was full of 2017 fashion week runway trends, like stripes, garments with exposed shoulders, floral prints and culotte-style bottoms. However, the presence of the store’s own personality was equally unmistakable in items like an eye-popping metallic gold top, minimalistic jewelry, and strappy shoes in neutral colors.

“Mod & Soul is for someone who makes their own rules,” said Zulic. “Their style is super fun, flirty, cute. A bubbly personality.”

The top 2017 trend item at Mod & Soul had to be the Sealily slingback pump, its soft pink shade falling in with the huge trend all forms of pink were on this year’s runways. 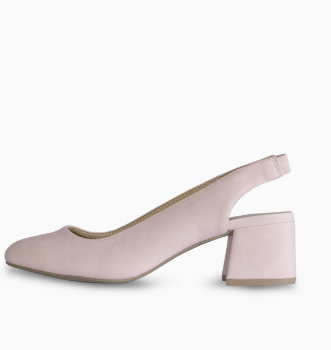 The boutique’s most unique piece was the Emma floral embroidered dress, which nearly floated on a cloud of romantic whimsy in the store’s window.

The curation of style occurs from luxury brands down to the individual, and what people choose to buy and wear is equally as powerful as what the top designers choose to make. Today, it is up for debate whether street fashionistas and Beau Brummels are the influencees or influencers in the fashion world, and the selectivity of local boutiques like Mod & Soul are a testament to the dialogue of fashion.

When a garment goes down the runway, we are not only being presented with a piece of clothing, but with an idea. Clothes are the avatar of the designer’s opinions, and style, both personal and general, is born when decisions are made.

Stay tuned for more as RVAMag continues our 2017 fashion week series, and if you represent a local boutique or atelier who would like to be featured, email us at [email protected]

To shop Mod & Soul, you can go to their brick and mortar store at 323 W. Broad St., or visit them online here.