Richmond residents from Broad Street to North 9th were witness to a parade of costumed protesters Wednesday, warning of “a place where the air is so polluted it causes headaches, nosebleeds and illness. A place where your water is the color of toxic mud.”

“On this Halloween day, you may think we are giving the details of a horror story,” said Stacy Lovelace of the Virginia Pipeline Resisters, speaking through a megaphone. “But sadly this is, and will be, the reality for those along the path of the Mountain Valley and Atlantic Coast Pipelines.”

The activists marshaled outside the Governor’s Office at the Virginia State Capitol, as they have every week since early February, in protest of the Northam administration’s continued approval of the Mountain Valley (MVP) and Atlantic Coast Pipelines (ACP). 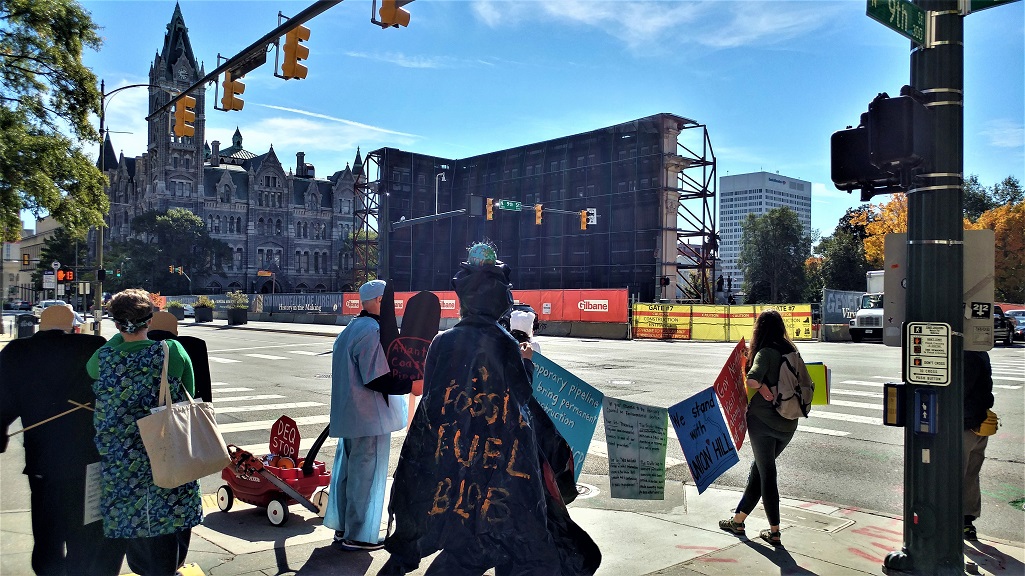 Following a brief demonstration and recognition of the lives lost from hate crimes at a Kroger in Kentucky and the Tree of Life synagogue in Pittsburgh, the group marched several blocks west to the Office of the Attorney General, chanting all the way. Their protest was joined by unexpected “guests”: life-sized props of Governor Ralph Northam and Secretary of Natural Resources Matthew Strickler, hands stuffed with cash, with cardboard rods sticking out from their noses.

“They dressed as Pinocchio, which is fitting, because they’ve been telling lots of fibs lately,” Lovelace remarked. For her own costume, she wore posters with quotes from multiple studies about the pipelines’ potential to negatively impact the region. 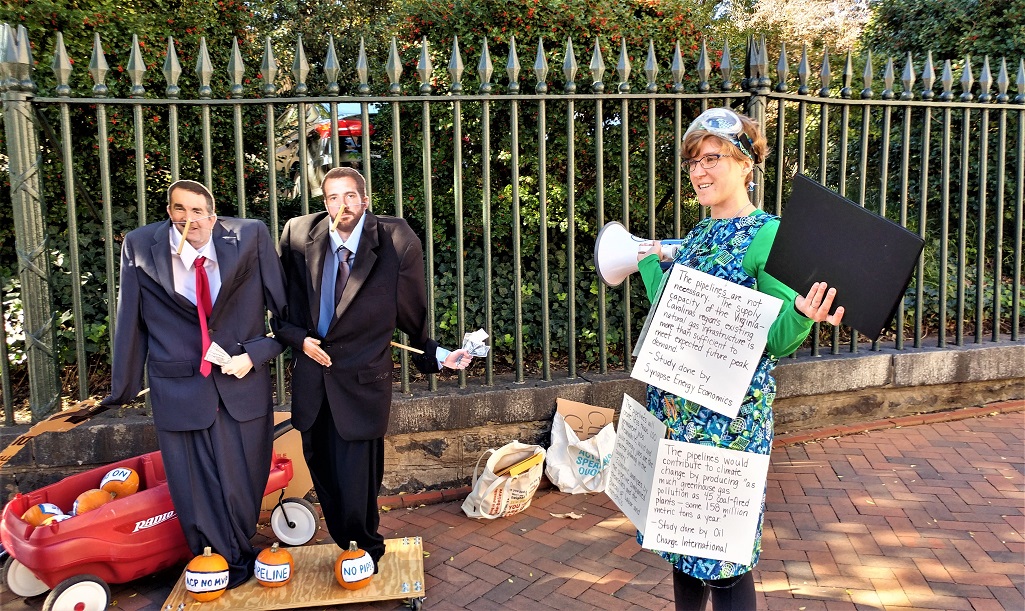 Dominion Energy was recently permitted to begin its 300-mile construction of the ACP, which will stretch across the Commonwealth and includes a compression station. The placement of that station in Buckingham County’s historic and majority-black Union Hill community has made it a particular focus of criticism for those opposed to the projects.

Activists in Virginia, West Virginia, and North Carolina have taken a variety of measures to stem the pipeline’s progress across their states, from tree sit-ins to chaining themselves to equipment and more. Authorities have responded with arrests and the monitoring of activist groups by anti-terrorism agencies.

These actions to stop construction have continued even as members of Northam’s own administration show their opposition to the pipelines. The Governor’s Advisory Council on Environmental Justice called for a halt to permit approval days before the APC was given the green light, while Lt. Governor Justin Fairfax has continued to lend an open ear to the concerns of the community, along with other public officials who have challenged the developments surrounding this issue.

Speaking outside the the entrance to the Office of the Attorney General, Lovelace made an appeal to Attorney General Mark Herring, including a letter addressed to him personally, asking him to invoke the power granted to him by Section 401 of the Clean Water Act against the pipelines. 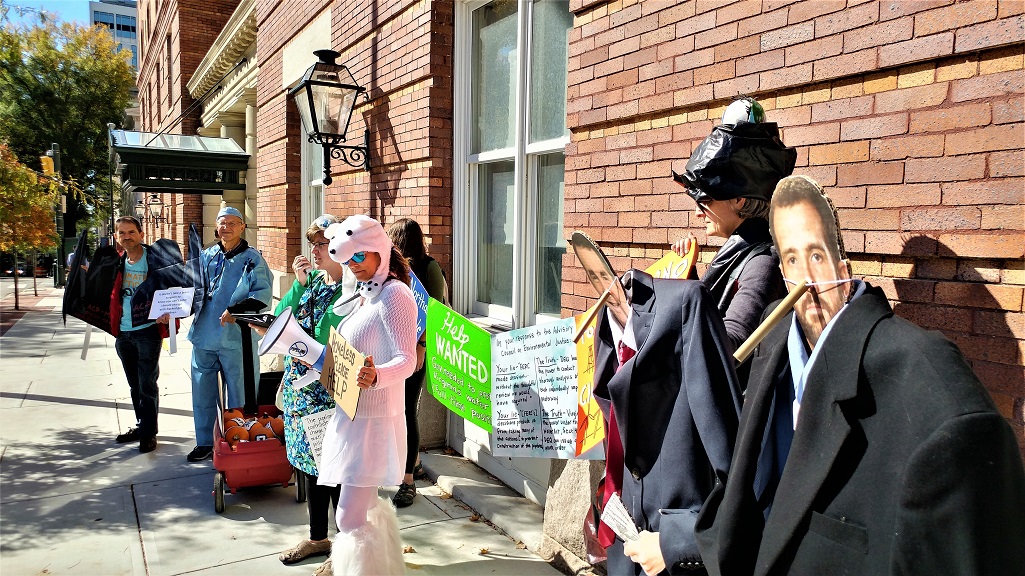 “While we are grateful to your resistance to Trump’s deregulation and other abhorrent policies,” Lovelace said, “we must ask: why are you ignoring these pipeline projects, supported by Trump, here in Virginia? We ask that you immediately take action against these projects, which are true terrors and real life monsters, and stand with the impacted Virginians.”

Along with their weekly protest, the Pipeline Resisters plan to stand with the Union Hill community during the public hearing on the ACP compressor station on November 8 and 9, alongside groups that include Water is Life and Friends of Buckingham.

“We will be in solidarity with them and helping them with what happens that day,” said Jessica Sims, who leads the Pipeline Resisters with Lovelace.