MGMT continued to ride the wave of their success with a sold-out concert at The National Wednesday night, where 15,000 people packed into the West Broad Street venue to experience what would be a euphoric psychedelic circus of a show.

The night kicked off with an opening performance from Matthew Dear, the 38-year-old one-man show whose musical upbringing was birthed from the Detroit techno scene when he was attending the University of Michigan. Playing under other aliases’ like Audion, False, and Jabberjaw, the electronic producer, and DJ’s setlist took me back to Western Europe with a nostalgic sound of traditional, authentic, fist-pumping techno that I remember blasting until 7:00 am at all of the clubs during my study abroad trip. As for being a solo performing artist, I do applaud him for his somewhat peculiar dance moves and jazz fingers in an effort to hype up the audience for the headliner. 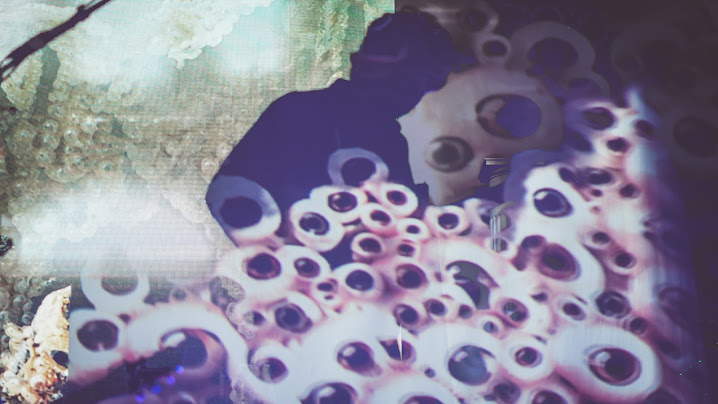 But once Dear exited the stage, it was time for the main event. And the atmosphere shifted and you could feel the crowd’s energy rising in anticipating of the band. To kick off their amazing set, MGMT chose to go with their latest, “Little Dark Age,” the title track off their fourth studio album, which they are currently touring the country to promote. It was obvious given the crowd’s response to the opening song that there was definitely an eclectic mix of newbies that had just become hip to the dynamic duo, and older nostalgic fans, who were there for much more than the hits. 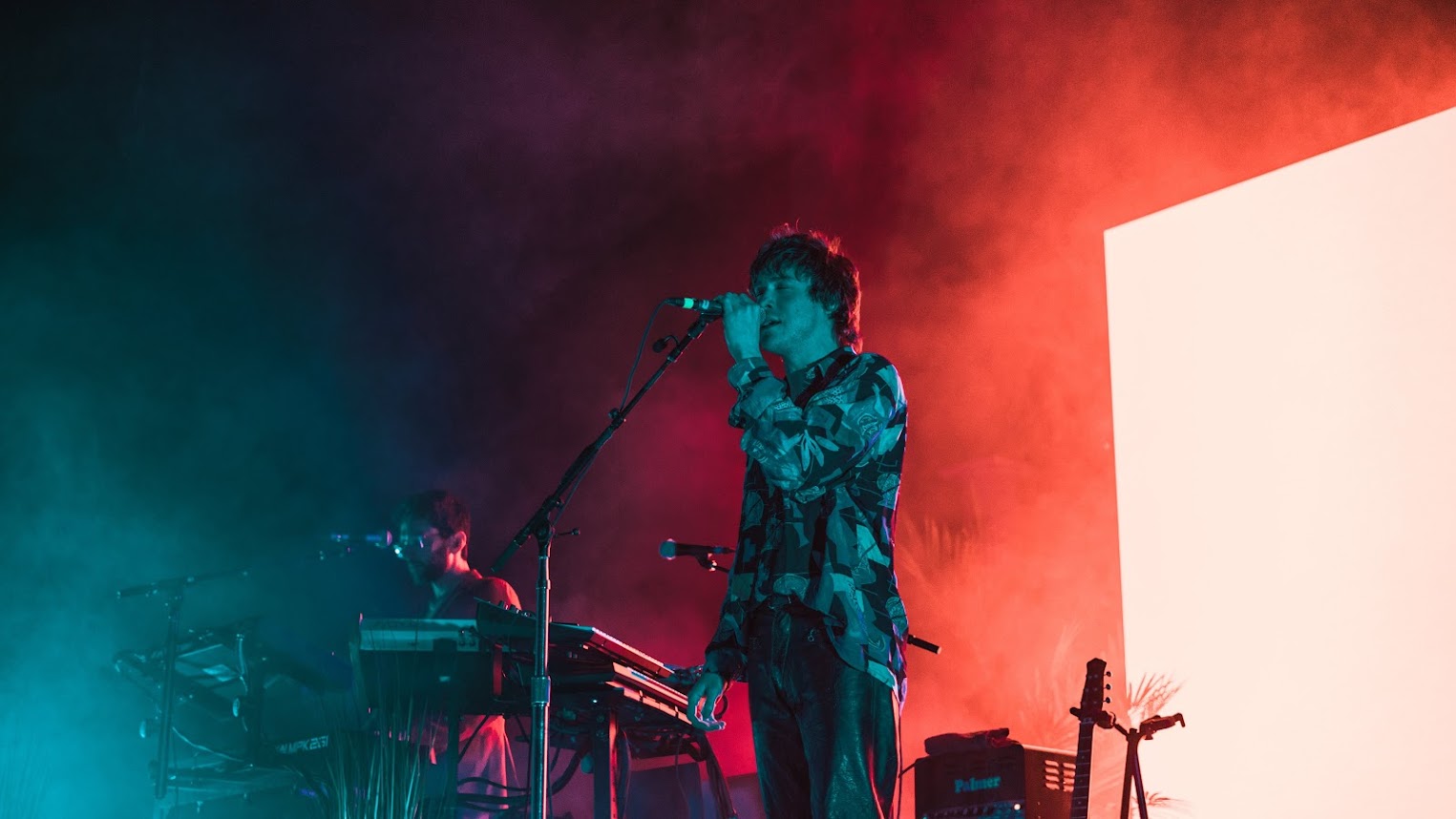 I originally thought given Dear’s performance that it would be much harder for MGMT to entertain such a large crowd with music that seems to put you in a trance rather than make you want to jump through the roof, but boy was I mistaken. Andrew VanWyngarden and Ben Goldwasser went above and beyond to entertain, adding Matt Atsi, Will Berman, and Hank Sullivant to their live set who all took turns manning a number of different instruments throughout the show from the drums, and keyboards to the guitar and vocals.

The band really strives to push the envelope with their performances in terms of stage presence and the viewer experience. It was the first time I had seen a live concert performance consisting of five different keyboards, one of them VanWyngarden playfully mastered with one hand while singing lead vocals and riding a stationary bike for their song “She Works Out Too Much” all while his pants kept coming unbuttoned which he duly noted. For their song, “When You’re Small”, VanWyngarden and Goldwasser brought out a miniature piano and guitar seat to add to the irony. With all of that on top of four different sound mixing boards, so many cords and wires you could barely see the floor, and the use of smoke, light, and a colossal retro disco ball, I fell into what felt like a timeless futuristic trippy dream. 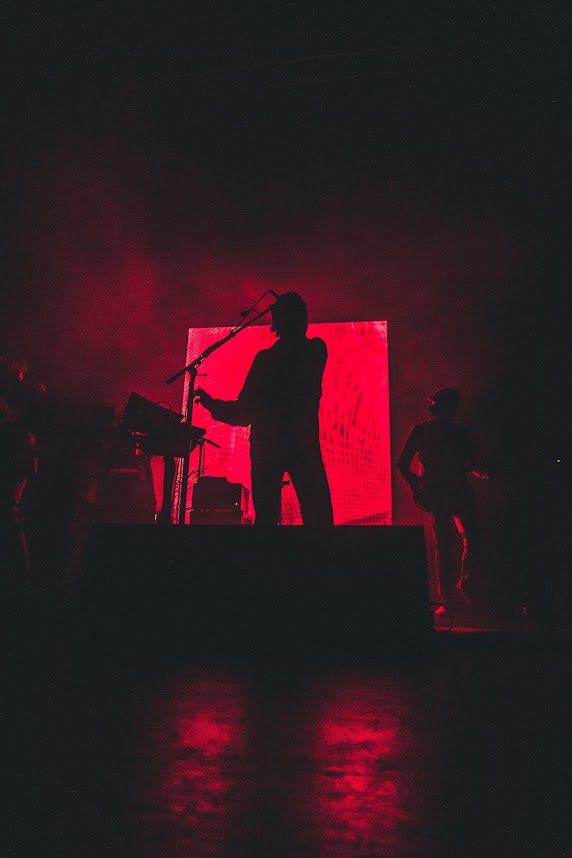 Rather than usually placing a drummer in the back of the stage like your typical EDM show, the band had a huge green screen playing visual effects that made you want to question reality instead. 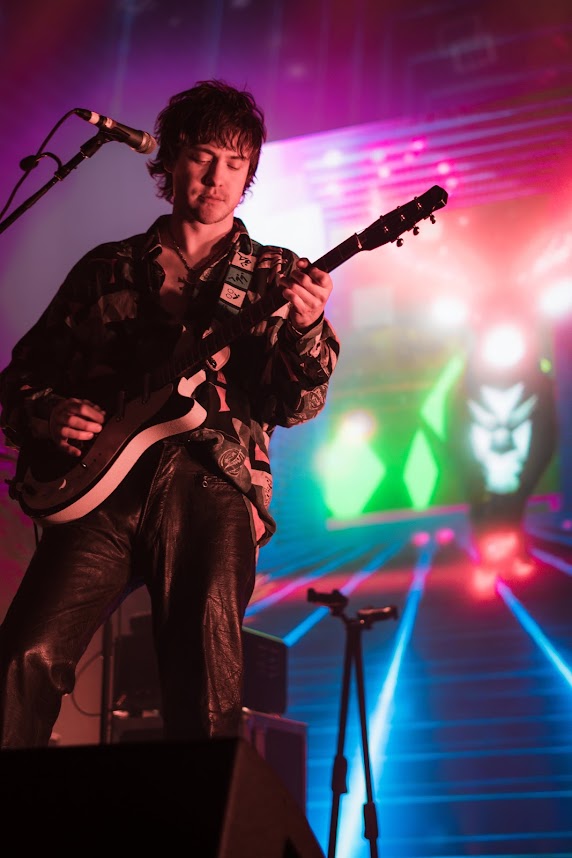 With the backup guitarist slamming tall boys of Budweiser while playing the show in an all red suit, shoes, and French beret along with the back up keyboardist also manning both vocals and backup guitar chords in a black costume and cape that resembled Darth Vader minus the helmet, it made for an incredibly fun, entertaining, and impressive show.

One critique that I do have, which may be more for the live music industry as a whole rather than the band, is not to list their encore songs prior to the concert, or even ensure an encore to begin with. Personally, I think it adds to the overall experience of the audience when they feel as if they fought for the band to come back on stage and not know what they are going to play. If everyone knows they are coming right back after they play what is supposed to be the last song, why even leave in the first place? 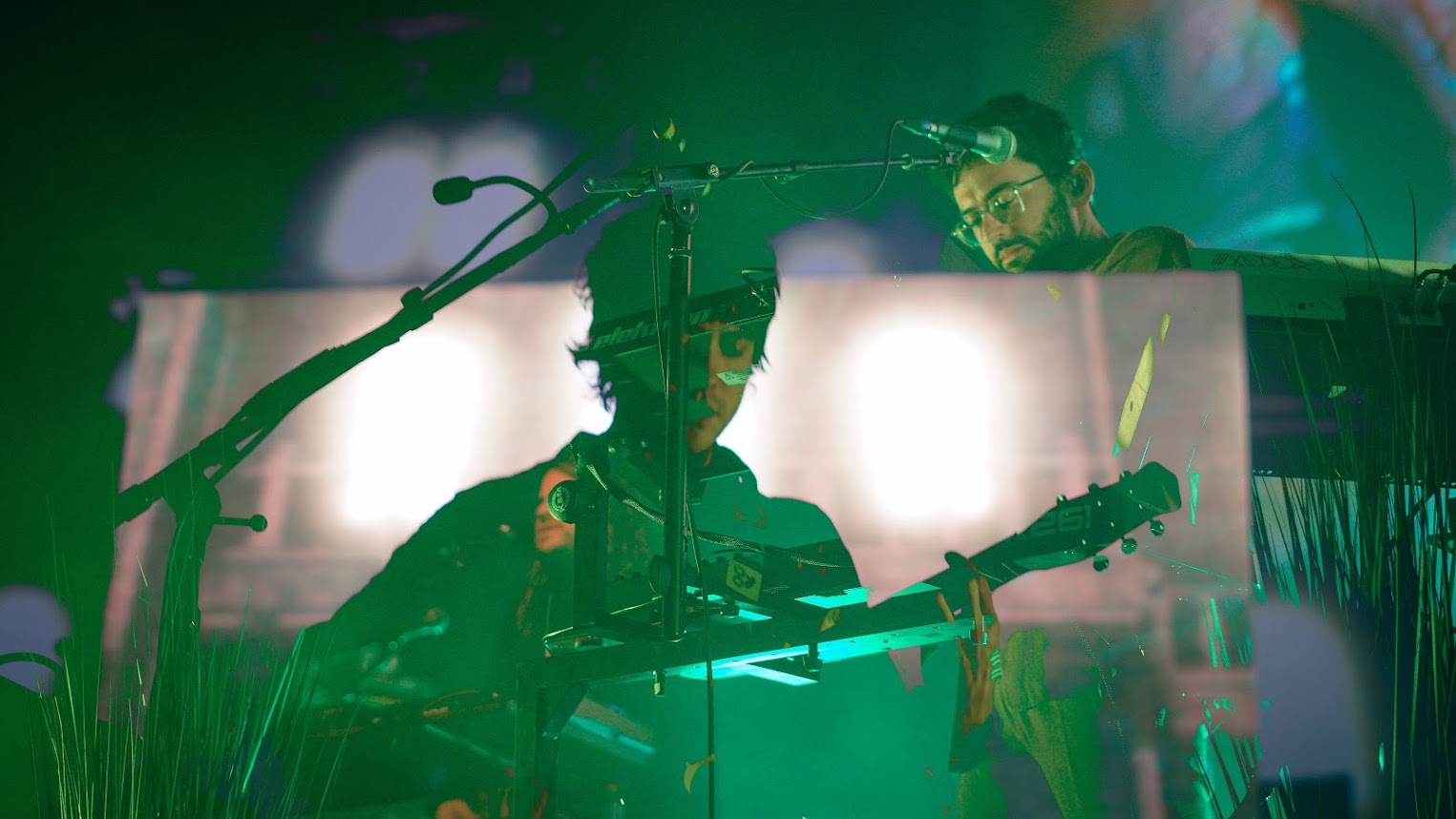 Despite giving away their encore, MGMT surpassed my expectations, providing a euphoric experience that felt like a constant high many fans including myself will never forget. Although a 16-song show, it felt like it lasted just a couple minutes because I was so immersed in the experience, which is exactly what every band should deliver for their fans at their shows.

It has been over five years since MGMT has blessed us with their presence, but not to worry, the wait is finally over. The psychedelic rock outfit shocks the streets of Richmond, dare I say it, like an electric eel, as they return to Richmond tomorrow, promoting their new album, Little Dark Age.

Little Dark Age, which dropped just two months ago, is the fourth studio release for the Connecticut natives who came onto the scene in 2002, and into our hearts just a few years later with hits like “Electric Feel” and “Kids”. And while MGMT has received commercial success pretty much since they started, the new album has already begun to make a prominent footprint in the electropop/indie rock scene. The duo started this album’s tour in western Europe, and plan to return to France, Spain, and Italy in July to finish off the tour after knocking out all major cities in the United States and of course, this year’s Firefly Music Festival in Delaware from June 14 to June 17.

Andrew VanWyngarden and Ben Goldwasser, who formed the group at 19 while attending Wesleyan University, continue to top the charts time and time again, earning numerous Grammy nominations and other awards, as well as snagging a spot on Rolling Stone’s “Top Ten Artists to Watch” list in 2008.

As for the show tomorrow, longtime fans will hopefully get to hear the nostalgic favorites like “Time to Pretend”, “Electric Feel”, and “Your Life is A Lie” along with the new material.

Oh and if you haven’t checked out their music videos yet, you are in for a treat. All psychedelics aside, MGMT’s visual representations of their music calls for a truly unusual, but euphoric experience; leaving you entertained, confused, and maybe just a little bit uncomfortable. Check out the new video for their title track off the latest album below.

You can catch MGMT at The National, Wed., March 21. Doors open at 8 pm. Hopefully, you’ve already snagged your tickets!