Richmond metal heads were out in full force to witness the face melting powers of British extreme metal band Carcass at The Broadberry, August 2nd, on their One Foot In The Grave tour.

With Carcass having long ago hammered down their reputation as legends and pioneers of the genre, the show was a must-see for any metal enthusiast. In case you somehow needed another reason to be there, they were joined by tour mates Ghoul, Night Demon and Crowbar, three high-caliber bands that evoked very positive reactions from the rabid crowd.

Night Demon (pictured below), while cut from a different cloth than their tour buddies, started out the night and won the crowd over with their classic metal sound. Their musicianship was stellar, with wailing guitar solos that would satisfy even someone who lived through the glorious era of 70’s and 80’s metal, and head-bobbing riffs that refused to let you sit still. 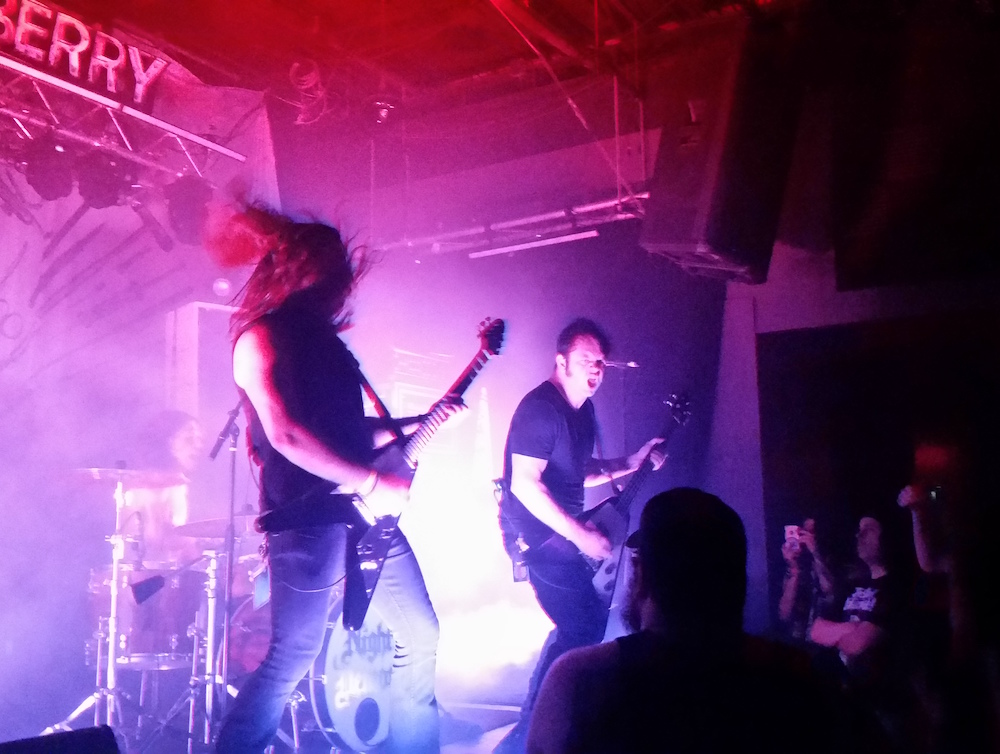 They incorporated some Night Demon-lore into their performance as well, with an ominous Grim Reaper character coming out during “The Chalice ‘15”, said chalice in hand and beckoning the crowd to drink from it.

Second to play was Ghoul (pictured below), who cranked up the heaviness factor mercilessly and was clearly well known by Richmond metal heads. They made a striking appearance with their notorious bloodied burlap sacks over their heads, and their live show was absolutely thrilling. 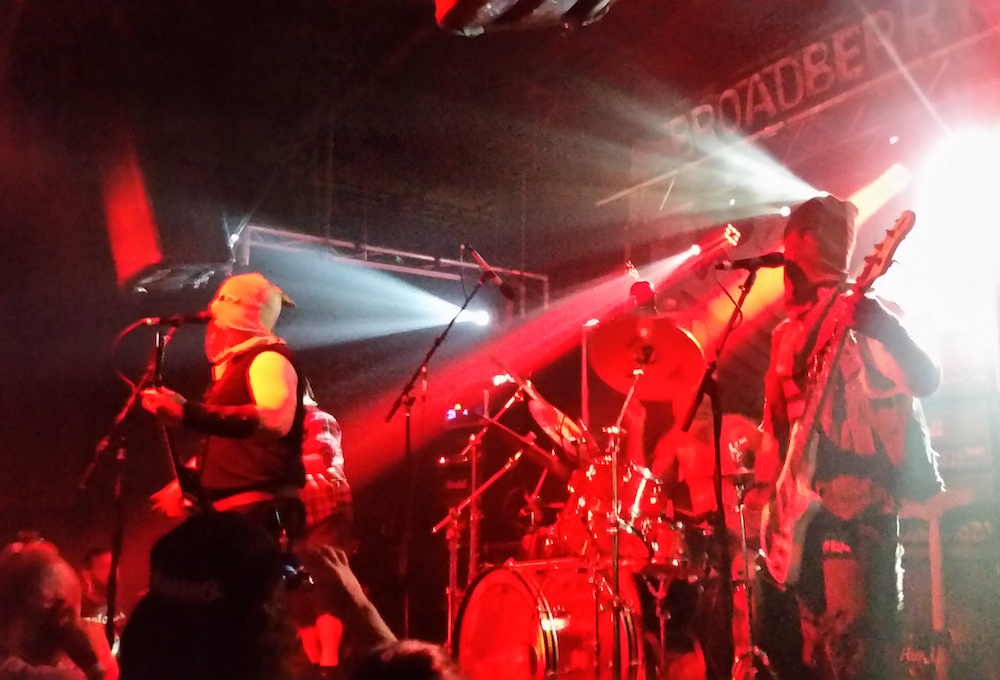 Highlights included hilarious jabs at SJWs, gluten-free diets and some not-so-kind words for Bernie Sanders during “Off With Their Heads.” A memorable villain took the stage, looking like a mix between Darth Vader and a fascist dictator, and threatened to make the crowd’s “very existence illegal,” while menacing them with a nightstick. Ghoul also instigated the crowd into starting a wall of death during – shockingly – their song “Wall of Death.”

Crowbar (pictured below) slowed down the tempo and brought their notorious brand of sludge metal, straight from the quagmires and swamps of Louisiana. They’ve influenced many doom and stoner metal bands since they got going in the 90’s, and the Richmond metal scene gave them a warm and enthusiastic welcome. 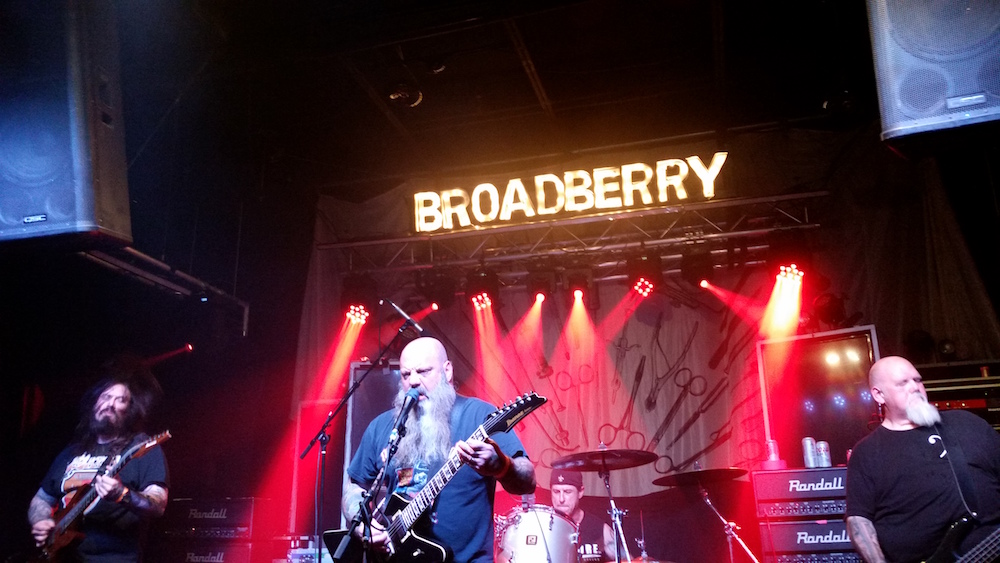 I feel bad for the guy who had to clean up the Broadberry afterwards because Crowbar might have melted the whole venue’s faces off. They stayed away from their more recent stuff, playing older songs and classics like “All I Had (I Gave)” and “High Rate Extinction.”

But of course, despite all those great bands, Carcass (top image) was the main attraction. The band’s two veterans, bassist/vocalist Jeff Walker and lead guitarist Bill Steer, played with a ferocity that belied the fact that they aren’t getting any younger. The first half of their set featured mostly songs from their most recent album, Surgical Steel, jumping out with guns blazing on the first song, “Unfit For Human Consumption.”

For those who haven’t yet heard the album, rest assured, the songs they played from it kicked ass, with tracks like “Captive Bolt Pistol” and “Cadaver Pouch Conveyor System” inspiring the crowd to mosh. The final half of the set featured earlier stuff, with five medleys that had songs ranging from albums like Heartwork, Swansong, Necroticism – Descanting The Insalubrious and Symphonies of Sickness.

It felt like the whole Richmond metal scene was there, and for all in attendance, they got a special treat. Near the end of the show, Jeff Walker, vocalist and bassist of Carcass, invited someone to come up and help him scream out some lines.

That someone was none other than Kerry Zylstra, the tatted-up frontwoman and singer for Occultist. It was awesome seeing her do it in her own unique style that has made Occultist such a thrill to listen to.

Carcass is certainly no stranger to Richmond, having played the Broadberry last year and in 2014. Walker actually recalled his experience in Richmond in an interview we did in 2013.

“Ah, Richmond. Great town,” Walker said. “I’ve got great memories of Richmond. First tour in 1990. Played the Jade Elephant, then got offered a show with the Alter-Natives that night. Got to hang out with Dave and GWAR in their old workshop. Long time ago.”