In today’s world, people are constantly bombarded with visual representations in all aspects of their everyday lives. In the hyper contextualized world of Instagram and Facebook, it can be easy for a person to forget the refined authority of a trained photographer’s eye – one that can tell a comprehensive story. And given the ease in which a person can now experiment with photography via their mobile phones, there are only a precious few who still have these talents without the crutch of modern tools.

Mark Edward Atkinson is one of these precious few. He is a rare and illustrious photographic artist whose ability to transform experience beyond time and space into a single frame has singled him out even amongst his peers. In honor of this career and the transformative photos he has shot globally over the years, a retrospective of his career called PROOF opens this Friday in Norfolk at The Hermitage Museum. And with it comes a unique sense of purpose, since his body of work can never be replicated through the comfort of your mobile phone, only through a lens that has experienced all that life has to offer. 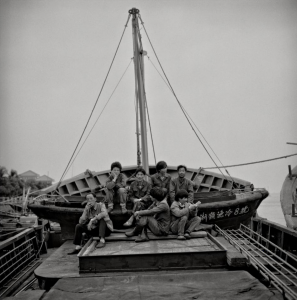 Atkinson, began his journey as a photographer during his years at Wake Forest University studying print journalism before finding his way behind the camera. Yet his years as a photojournalist compelled him on a journey that has chronicled his keen ability to tell life’s stories through powerful images. He has effectively translated this journey into solid, striking moments through his lens – capturing icons or everyday people in portrait form – each stolen spirit living within the frame, which speaks from a place far beyond the space it was taken from.

In today’s world there are so many ways to quantify a photographer’s talent: 1,000 likes or $1,000, but to experience the depth of character, the darkness of the moment, the rapture of being present requires a certain kind of alchemy to translate still photos into a linear story for the viewer. 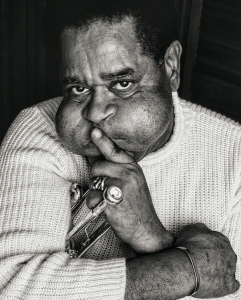 PROOF is full of this visual storytelling, and each subject (alive or inanimate) represents a turbulent character arc. All of which is the mark not only of a seasoned photographer, but a great story-teller.  Atkinson’s body of work carries the stories of 1,000 different lifetimes and through his work and publishing will inevitably inspire and influence thousands more.

Atkinson’s roots are local to Norfolk, making him one of the most prolific artists still producing a body of work in Virginia today. For this reason, Carrie Spencer, Hermitage Curator of Contemporary Art, has said, “While many of Mark’s photographs have been taken all over the world, his roots are here in Hampton Roads. These photographs provide a window to various places both near and far.” She went on to comment how through his images people were “able to traverse the globe and gain a glimpse of the international human experience.”

These local roots have always been important to Atkinson and informed his experience as a photographer. In the 1980s and after college, he moved to Norfolk and became the photo-editor of Commonwealth Magazine. He eventually opened a studio and began to explore commercial work and advertising.

Atkison’s exhibit PROOF is an exhibition that will also debut the release of his book of the same title. In doing so, the viewers of his work will hopefully see that the power of photography and what those photos convey is more than just a printed picture. That it isn’t who possesses the camera, but how the camera possesses the operator, acting as a channel to capture the beauty, tragedy, and solemnity of a moment in time that would otherwise be lost forever. 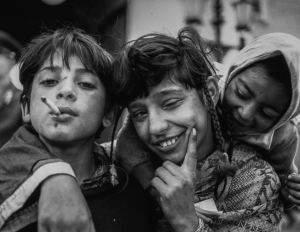 This is an age in which photography is playing a critical role in our lives. Least of all, because the magic and mystery behind the lens have dissolved with the increased access to technology – a camera hides inside the pocket of each American. Yet it is storytellers like Atkinson who continue to show us that art can still come from behind the camera and that certain photos will always breathe their own rhythm, with a conductor that knows how to properly align each piece.

PROOF opens on Friday, April 13th. Members are encouraged to come early at 6 pm for a cocktail hour and the general public is invited to join at 7 pm. Tickets are available here. The exhibition runs from April 13th to July 22nd at the Hermitage Museum and Gardens.

Patriarchy may celebrate the nude image of Titian’s Venus, but it gets uncomfortable when women take up the brush. Norfolk-based artist Alison Stinely became the center of a controversy in the city’s art community this year when a government agency censored her work for containing nudity.

“There’s always been this tear between how people want me to behave, and how I actually want to behave,” said Stinely, who is both an artist and an assistant professor at Old Dominion University.

“I have something to say, and I have the right to make a statement,” Stinely said. “But as a woman, no matter how assertive I am or am not, I’m still going to be viewed in a way I don’t want to be.”

While Stinely uses her work to confront the identities of modern womanhood, she’s found that even in her creative outlet, the control is out of her hands.

Located only a short trip down the road from Richmond’s thriving arts scene, Hampton Roads Transit (HRT) was cited by the National Coalition Against Censorship (NCAC) for First Amendment violations after retracting Stinely’s work from its public gallery.

“It’s 2018, and the female form is still being rejected in public spaces,” Stinely said. “It’s body shaming, but simultaneously it’s objectifying. It creates this idea that every ‘body’ has to be sexual, that we’re our own forbidden fruit.” 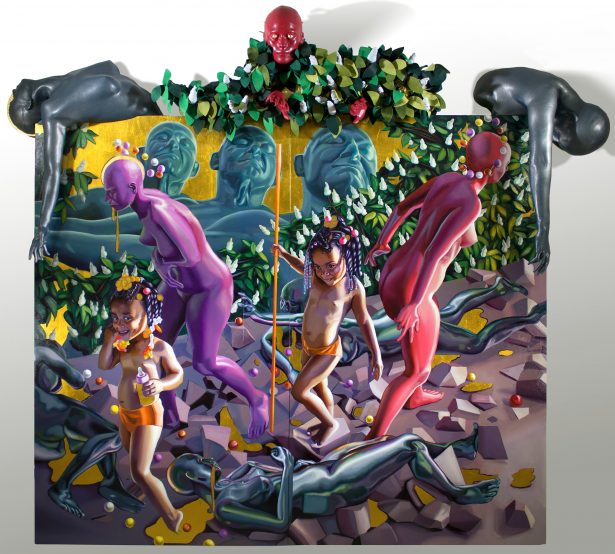 Stinely’s work was approved for display in early 2017 by Norfolk Arts, a commission that oversees much of the city’s distribution and funding for public art. A year later, her exhibit was displayed in the gallery for less than five hours before she was ordered to remove it.

Stinely has upcoming shows in other galleries, despite being censored in her hometown. The first is a solo show at the Ghost Gallery in New York City in February, and a second in April is closer to home, at the Linda Matney Gallery in Williamsburg. Stinely describes her work as safe, even conservative, compared to popular media.

“These people probably watch violent movies,” Stinely said. “They probably watch Game of Thrones, which is borderline pornographic and displays rape scenes. If they took a tour of Italy, they’d look up at the ceiling of the Duomo in Florence — and they’d be so ignorant, they’d say, ‘It’s so beautiful!’ and not even notice the pitchforks going up people’s behinds.”

“But for some reason,” she said, “Two strokes of paint, [or] two shapes of color next to one another that suggest a penis — it blows their heads off.” 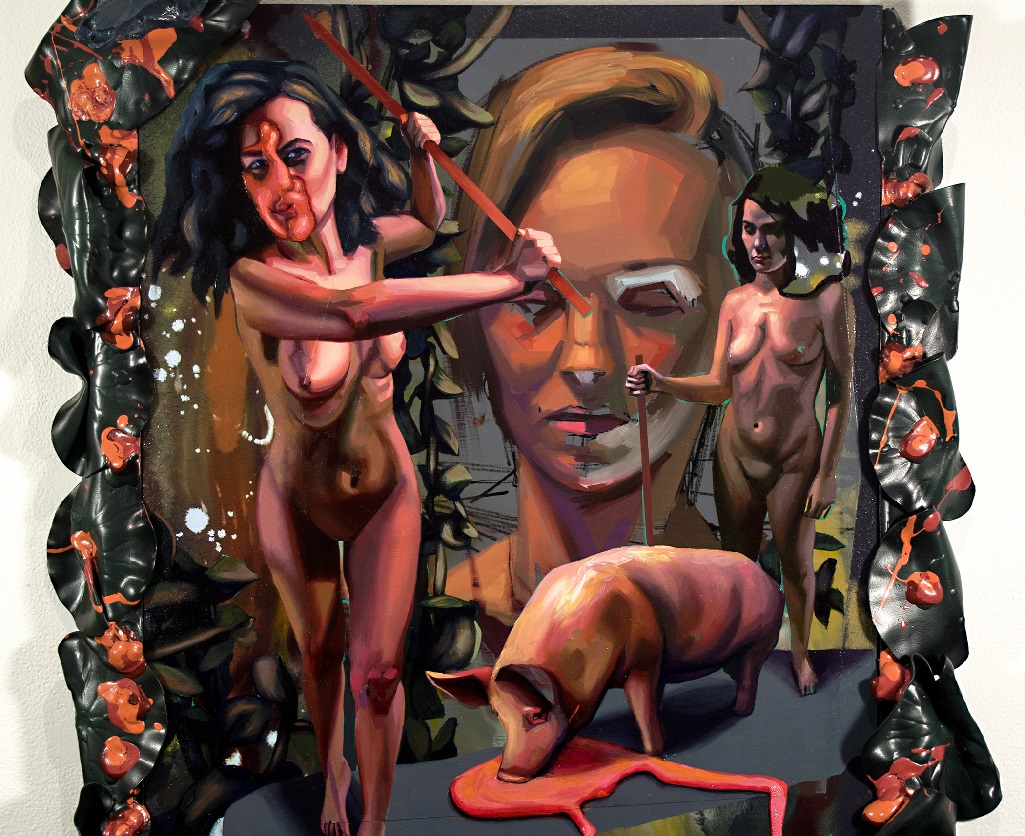 Stinely is not alone in her outrage. HRT has met with a strong backlash from the city’s creative community, claiming that these actions are detrimental to the arts scene as a whole.

“For men to be telling a woman, especially when it’s not even a photograph but literally a painting from her imagination, how a female body should be displayed….to me, it’s just the epitome of how we should not do things,” said Charles Rasputin, a notable artist in the Norfolk scene.

Rasputin has seen folks of all ages, including the Norfolk Drawing Group, respond to the decision with concern.  “It’s not just young, hip kids or art school graduates,” Rasputin said. “It’s 80-year old ladies that see the value of the human form in art, and they’re angry about the treatment of Alison.”

Equally alarming to local artists was CEO William Harrell’s decision, within 24 hours, to close the gallery permanently. HRT has also rescinded all funding to the arts following the incident. “I think it’s indicative of the systematic nature of this kind of oppression,” Rasputin said. “I’m a realist. I understand why they may be nervous about putting some boobs in the Transit Gallery… But to me, if Norfolk Arts is the gatekeeper, they need to be prepared for these sort of instances.” 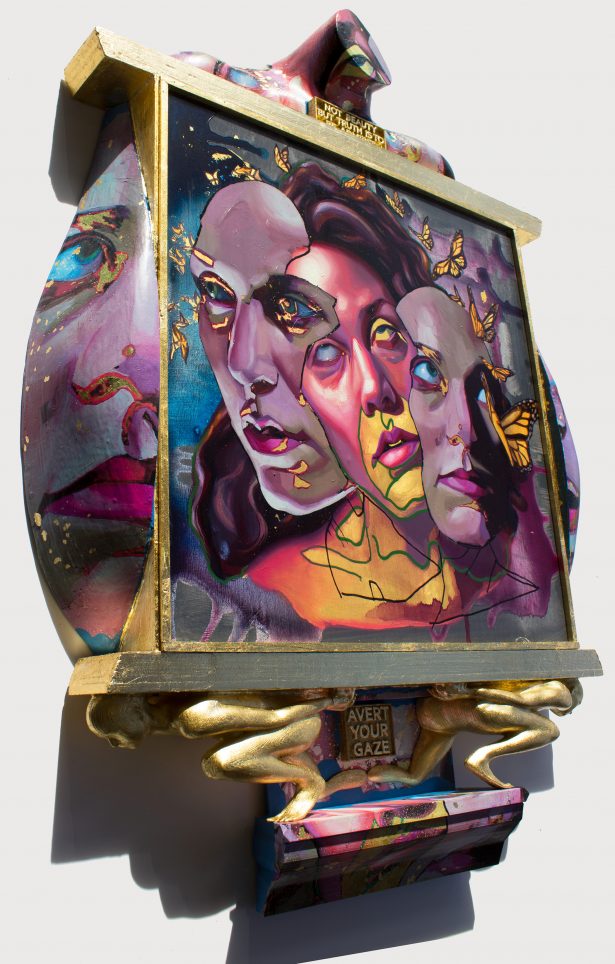 In the aftermath, HRT responded by stating that, with “deep regret and disappointment,” it would “no longer permit temporary exhibits from local artists [to be] displayed within any of its workspaces or at any of its facilities.”

The company noted its past support for the arts community in the area, and that it initially opened the Transit Gallery in response to the closure of another local space, the Selden Arcade. An HRT representative stated that, following the controversy around Stinely’s work, the Transit Gallery closed in order to avoid similar disruptions in the future, and to allow HRT to focus on their goals with local public transportation.

HRT Commissioner Keith Parnell did make himself available for public input regarding the cancellation of Stinely’s show. “He took a meeting with three local artists,” said Rasputin. “But it was all men. The meeting was all men.” 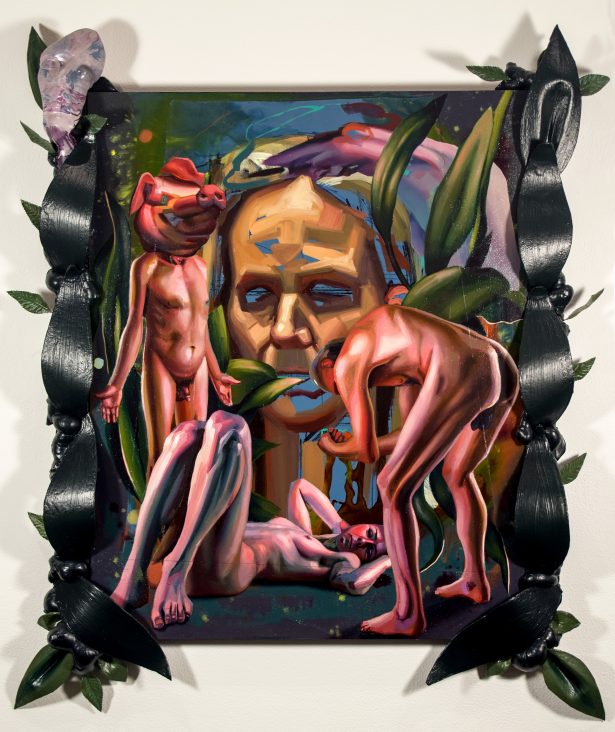 One artist involved in the meeting, Walt Taylor, concluded that the primary cause of the incident was poor communication between HRT and Norfolk Arts prior to the installation of the exhibit.

“Businesses need to give more thought to what constitutes an actionable offense in the Human Resources realm,” commented Taylor. “Because a few employees felt ‘offended’ at the presence of nudity (nudity in fine art! Who ever heard of such a thing!), many more people were deprived [from] experiencing the work of an acclaimed modern artist.”

Taylor’s response parallels those of several local artists, including Stinely. “What’s wrong in someone’s head that they can’t look at a nude representation of a human, in a normal position, and not think ‘sex’?” Stinely said. “Why can’t a naked woman hang up in your place of employment? Is that going to make you do something? Is it making you think things? Why is that?”

Even in the age of the Me Too movement, women are confronted by issues with their bodies in public spaces. The issue, Stinely said, often comes back to the idea that men can’t control themselves beyond immediate sexualization towards nudity.

“I think in modern politics and through the Trump presidency, it’s making people feel more brazen to express their racism and their misogynistic views,” Stinely said. “Looking at the recent election in Alabama, how women could possibly vote for an accused child molester. People think they can be pigs now because our president is a pig. They’re coming out of the woodwork, and making holiday dinners much more uncomfortable. It’s just a total nightmare.”

While both political and generational changes are at play in public opinion, the consensus from both Stinely and Rasputin is that conversation is key in these controversial spaces. “Should we erase those things, or be able to discuss them with our kids?” Rasputin said. “If you can’t talk to your child about the nude painting they saw in the Transit Gallery, that’s not a problem with the art. It’s literally that you do not want to talk to the baby you made.”

Stinely hopes the incident can lead to better dialogue about controversial topics in the future. “It’s just too bad that instead of starting a conversation in the community, they shut it down completely,” Stinely said. “This could have been a really great opportunity to get people together and discuss the issue. Instead, they’ve limited the art community by removing a gallery space.”