For skateboarders in Richmond, finding a permanent place to skate isn’t an easy thing to do. Places where they’re allowed to skate are limited, and the alternative, street skating, means risking a ticket or worse. Some Richmond police see street skating as a nuisance and destruction of property.

“Just about anyone you talk to that rides a skateboard has gotten a ticket for skateboarding at some point in their life,” said Austin Plantinga, a board member of the Richmond Area Skateboard Alliance (RASA).

RASA, a non-profit organization formed by local skateboarders in 2013, was started because of the lack of skateboarding facilities in Richmond. The skaters decided to unite in an effort to work closely – and legally – with the city of Richmond to bring their goals to fruition and provide an outlet for the thriving skateboard culture in RVA.

“The opportunity here was very clear that there was a chance someone could give back,” said Kenny Shafer, President of RASA. “We have a longer term version of skateboarding in Richmond. It should be far more represented than it is.” 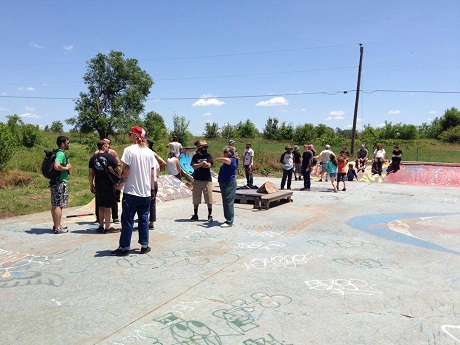 Specifically, the non-profit has been working tirelessly for two years to get a skatepark built near Texas Beach in the Maymont neighborhood.

Up until this point, skateboarding efforts have been mostly DIY. The city’s first skatepark in Woodland Heights at Carter Jones Park opened in 2013. As Skateboarders were also using Abner Clay Park to skate, but the city tore it down this month.

The skate group is working in tandem with the Maymont Civic League, a group of neighbors dedicated to managing and supporting their community on the project.

“The Maymont Civic League is where we had to go to get approval from the community in order to expand the skate park,” said Shafer. “We said, ‘hey, this is land in your neighborhood. Can we revitalize it?’”

RASA’s held a clean-up day at the Texas Beach spot in March 2014, an effort to show the city that the organization was serious. Resulting in a large turnout and a productive day, it worked in getting the city’s attention, but raised another question for the neighborhood: what was going to be done with the rest of the land? 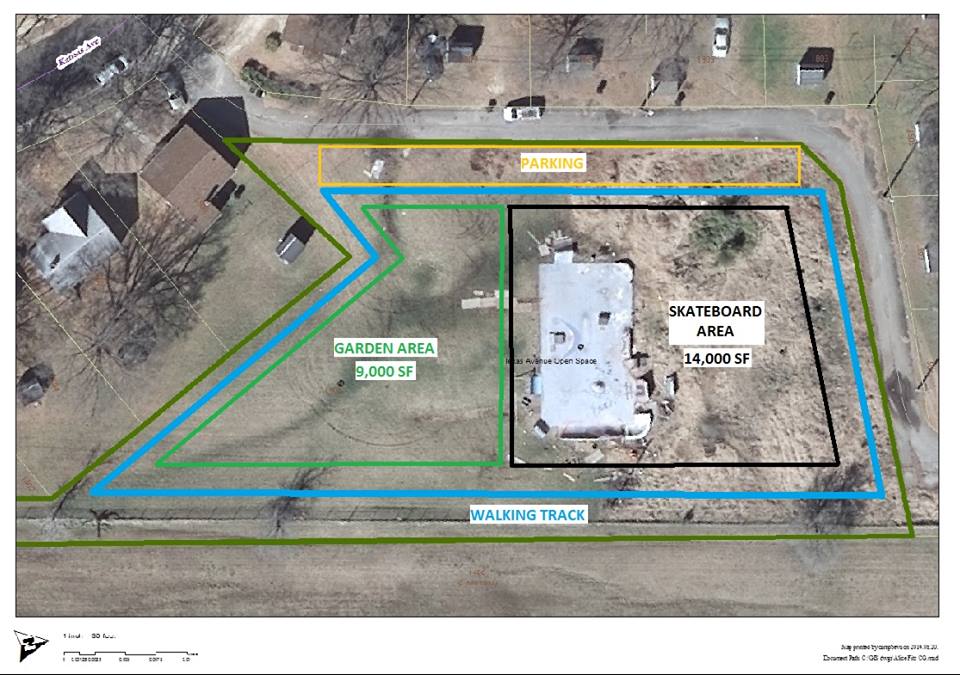 The group held a fundraiser at Hardywood last month to help them bring the overgrown eyesore, that was formerly a basketball court, back to life. The fundraiser featured an auction where local artists painted blank skateboard decks.

The process of getting approval to develop the land, handled by the city’s Parks and Recreation Department, is a slow one. Shafer, however, is understanding about it. 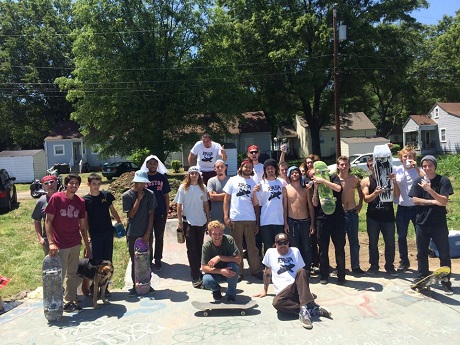 “There are special hurdles you have to clear, because the land is part of the James River conservancy,” said Shafer. “We try to help manage expectations for the skateboarding community.”
Shafer explained that it’s going to take time, but that the city is working with RASA and the Maymont Civic League.

“The city might work on one timeframe, where it’s on a scale of years, whereas people in the community may become impatient,” said Shafer. “It’s being able to manage that communication where, just because something’s not happening right now doesn’t mean the city is out to get you, or actively working against you. They’re working on things on our behalf way more than anybody probably realizes.” 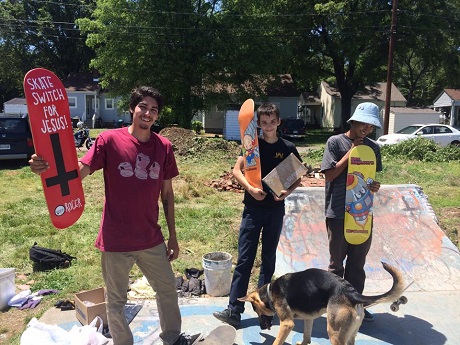 RASA’s dream of making Richmond more accessible and friendly to skaters benefits the community as well. It helps the community at large, taking unused and potentially malignant areas of land and breathing new life into them.

“Skaters have a vision to look at property or land that is being unused, or being used in a way the community might see as detrimental,” said Shafer, “Skaters see an opportunity to take those spots and turn them into something useful. I’ve seen it at Texas Beach with the community coming together.”

Regardless of the city’s decision regarding the Texas Beach skatepark, Shafer is optimistic about what is to come for RASA and the skaters of Richmond.

“Texas Beach is not the end all be all of our efforts,” said Shafer. “The city is looking for opportunities for us, they’re on our side. The city has been very cooperative and Parks and Rec have been great. I foresee a lot of good things coming in the future, that’s for sure.”