About a year ago, with their steadily-growing number of Instagram followers, Classified Moto owner John Ryland saw an opportunity to give their fans, customers, and bike geeks everywhere an in-depth, up close and personal look into what goes on at their secret headquarters. 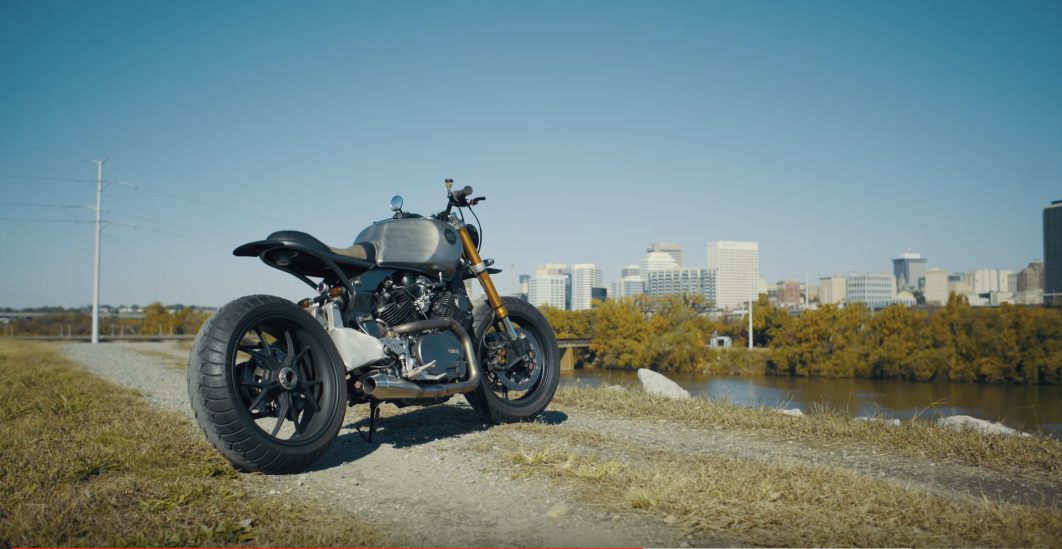 “We just made a decision to make fewer bikes and focus on bikes that had more of a story to them,” said Ryland of the newly launched series.

Ryland started the bike shop after being laid off from his 11-year advertising job at The Martin Agency back in 2011 and hasn’t looked back since.

“It started out as a necessity at first, I haven’t been into motorcycles for that long, and I just wanted cheap stuff I wasn’t going to mess up, so I just got whatever was cheap on Craigslist,” he said. “That just turned into the style of taking old bikes like that and upgrading them with modern parts and the look kind of caught on.”

“Restricted”, which launched Nov. 8 on YouTube, is a fusion of American Chopper and House Hunters without the script, bringing you into an actual day in the life of the Classified team.

The first episode titled “The Last of the XVs”, focuses on souping up a Yamaha XV.

“That bike was sort of a staple of Classified bikes for a while so it made sense to start with it{XV},” said Ryland.

At its heart, “Restricted” is still a build show, but with the combination of the cinematography and passion from the Classified team, it manages to stray from a simple instructional video to a beautifully-shot story, telling the tale of a shop that rose from the ashes of one man’s garage.

For you gearheads and bike enthusiasts, it includes plenty of cool clips of the guys at the shop building bikes, doing wheelies, and getting into other shenanigans, and the first episode shows off some of Richmond’s beautiful city as well. Local band Washers even provided two tracks to help unfold their story.

With the series being hosted on Youtube, the team only have themselves to answer to and everything is done in-house, keeping “Restricted” a pure embodiment of what actually occurs in the secret lair.

Classified Moto has a studio space that used to be a mule barn, where they film, making everything more accessible for the team, as they can always come up with ideas on the fly and make it a reality.

“Its cool with Matt {Crane} being here, we can just say ‘hey man we’re doing this thing’ and he just pops downstairs and just films. It looks killer as opposed if Matt was at his own place across town or another city,” said Ryland.

Crane, Videographer and Director of Photography for “Restricted”, said he’s usually ready to shoot on the fly whenever an opportunity sparks.

“John would come in like, ‘hey, we’re trying to start this bike, “get the camera”,” Crane said. “It is all real, the stuff in the episode with the bike, nothing was rehearsed or anything.”

Classified Moto has taken fewer projects since starting the series, in hopes of getting sponsors for the show to help fund it without compromising what they want “Restricted” to be.

“The main idea is to get sponsors down the road for certain episodes, because it is expensive,” Ryland said.

The crew shouldn’t have too much a problem as their craft is always recognized, even by those who aren’t even motorcycle aficionados.

“We were loading one of the bikes and a guy literally stopped out in traffic, he was just staring at it, saying, ‘that looks just like Mad Max’,” said lead technician Danik Herashchanka.

Their Mad Max-style “Frankenbikes” even earned them an opportunity to build a bike for Norman Reedus’ character Daryl Dixon on The Walking Dead.

“We built the bikes for TWD, we actually built two of them. He{Reedus } only uses one on the show, but it’s actually two bikes that they use,” said Ryland.

The Classified team has also have been featured on the Cafè Racer TV series to build a bike for Battlestar Galactica actress Katee Sackhoff.

“It was a cool episode, but they kept trying to make us act,” Ryland said. “They would ask us to come in and act like you’re seeing everything for the first time. We’re not actors.”

But don’t expect all of the dramatics from the TV or a typical reality show to appear in Ryland’s “Restricted”.

“We’re really trying to stick to no acting{for Restricted} unless we’re doing it to be funny,” he said.

For those eager to check out what Classified Moto has to offer, visit their website where requests can be made for your own custom bike. Maybe it will lead to an invitation to their mysterious headquarters when the bike is done.

They don’t have a strict timeline, but Ryland and his crew are shooting to release a new episode once a month. Be on the lookout for episode two the last week of December.