In 2015, Richmond was the third most tattooed city in the country. Over the past few years, over a dozen shops have cropped up along Broad Street and judging from looking around VCU’s campus and basically any bar in Richmond, body art is something that will always be a part of the city’s culture.

With so many well done, beautiful tattoos around me and so many talented artists in a 20-mile range, I was curious what are some of their favorite tattoos. But, since that would probably be a hard one to narrow down, I decided to scale it back to a particular type: science fiction. From Netflix’s “Stranger Things” and “Altered Carbon,” box office hits like “Blade Runner 2049” and the reboot of the “Alien” franchise to HBO’s “Westworld,” the genre has seen a resurgence in the last few years, so one wonders if it has spread into Richmond’s ever-growing tattoo scene. RVA Mag asked five local artists about the best sci-fi tattoos they’ve ever done. And let’s just our findings were “out there.” 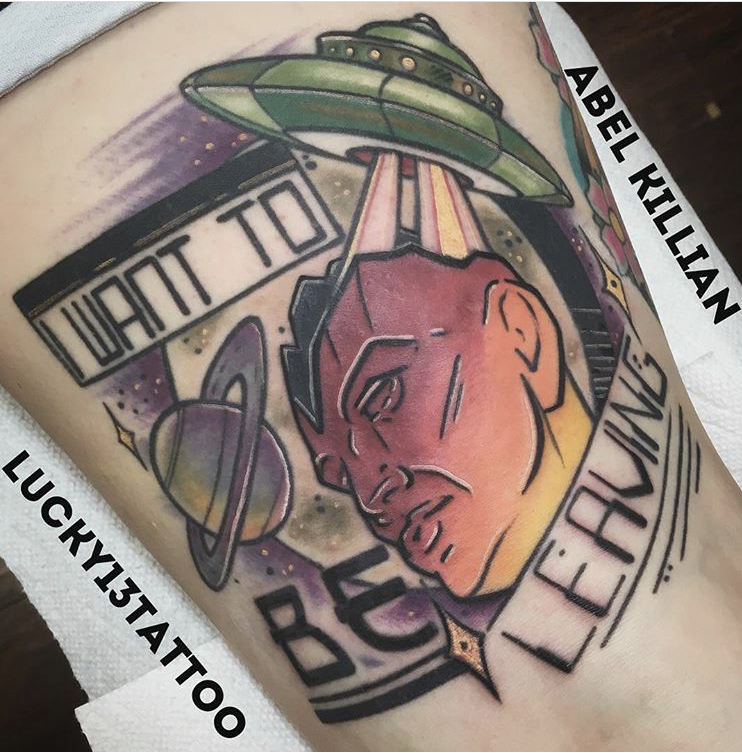 “I did a UFO beaming into the brain of a man, and it said that ‘I want to be leaving’,” said Killian. “As a custom drawing, I was just feeling kind of spacey that day. I think there’s a lot of aspects of sci-fi that are neat, you can do a lot with.” 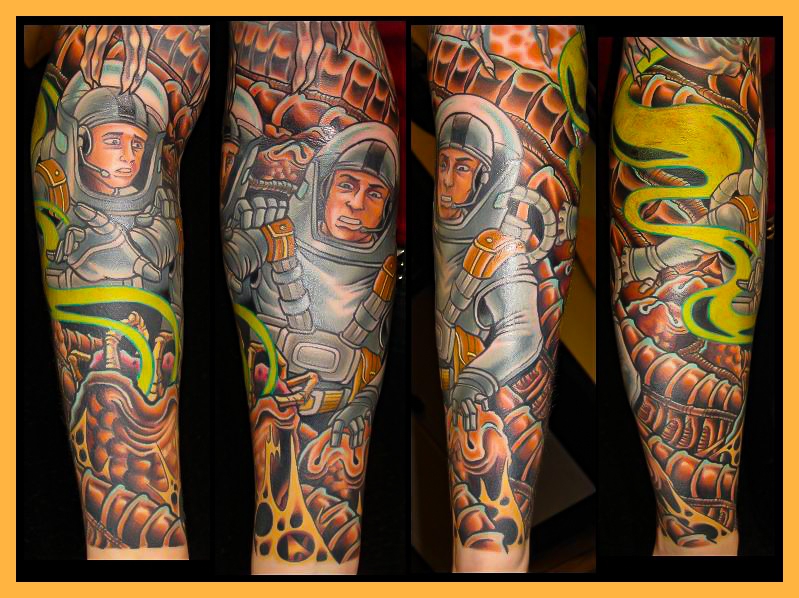 “This tattoo’s probably about seven or eight years old, now,” said Brotka. “It was a culmination of a lot of things. Stylistically, why I was first interested in the tattoo world in the nineties, and bringing it to today with such matter of a movie and something I could physically pull off as a tattoo.” 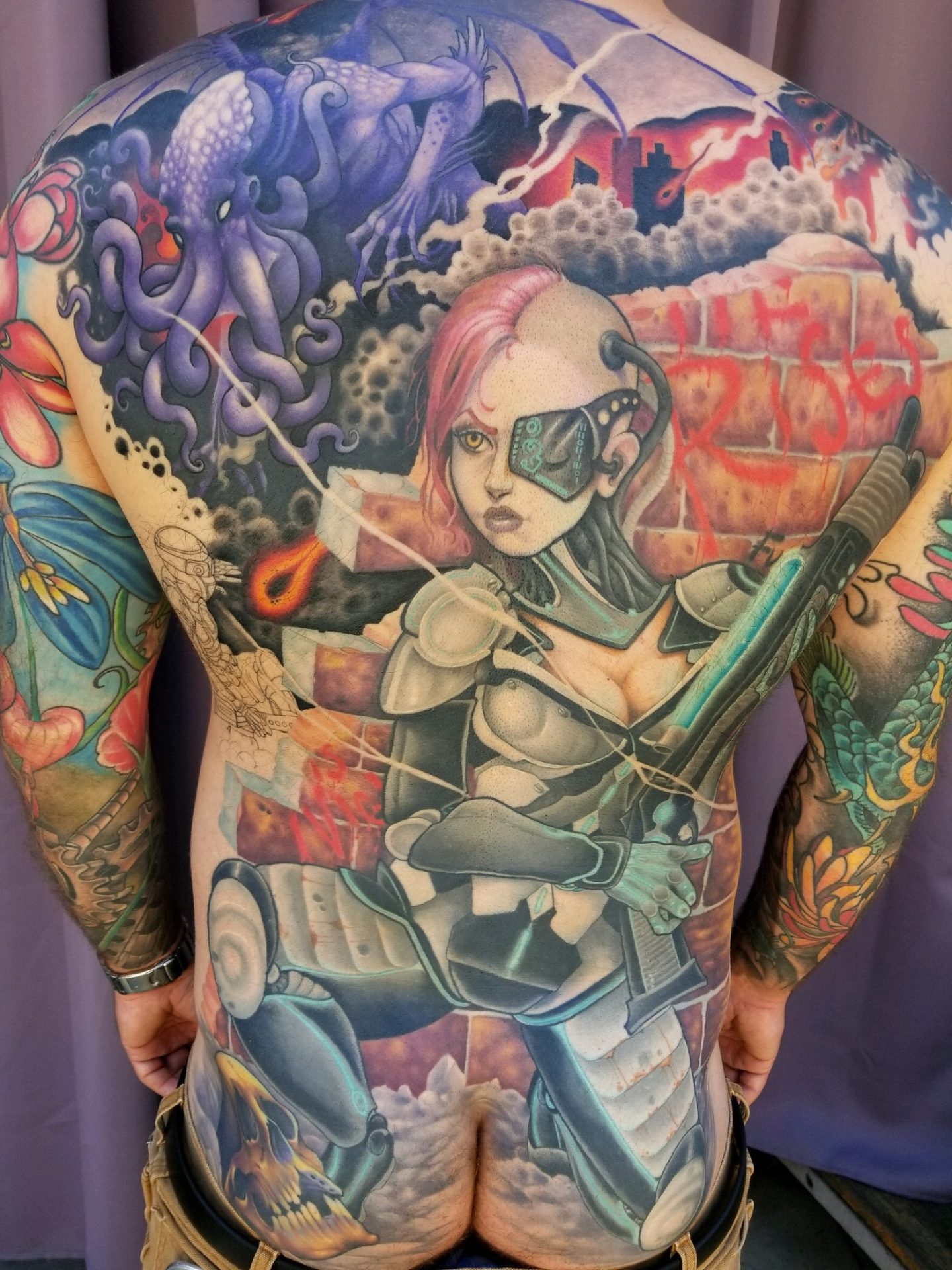 “We started it four years ago and [my client and I] still haven’t finished it because we both have very busy schedules,” said Chance. “It’s a neck to knee back piece of this cyber woman hiding behind a brick wall while Cthulu destroys a city around it. We’re getting really close to being done with it, but it’s not quite done.” 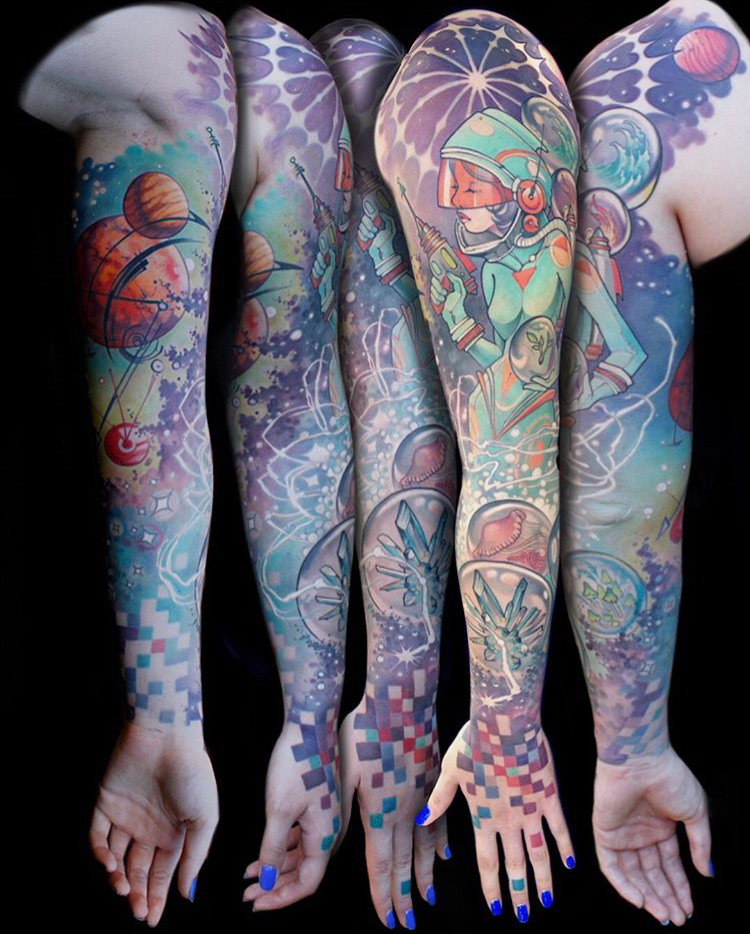 “I think the one that really changed the game and got me doing more space-related tattoos was the space sleeve with pixels on the hand,” said Sharpe. “[My client] just wanted space-themed, so it allowed me to really take control and create something fun.” 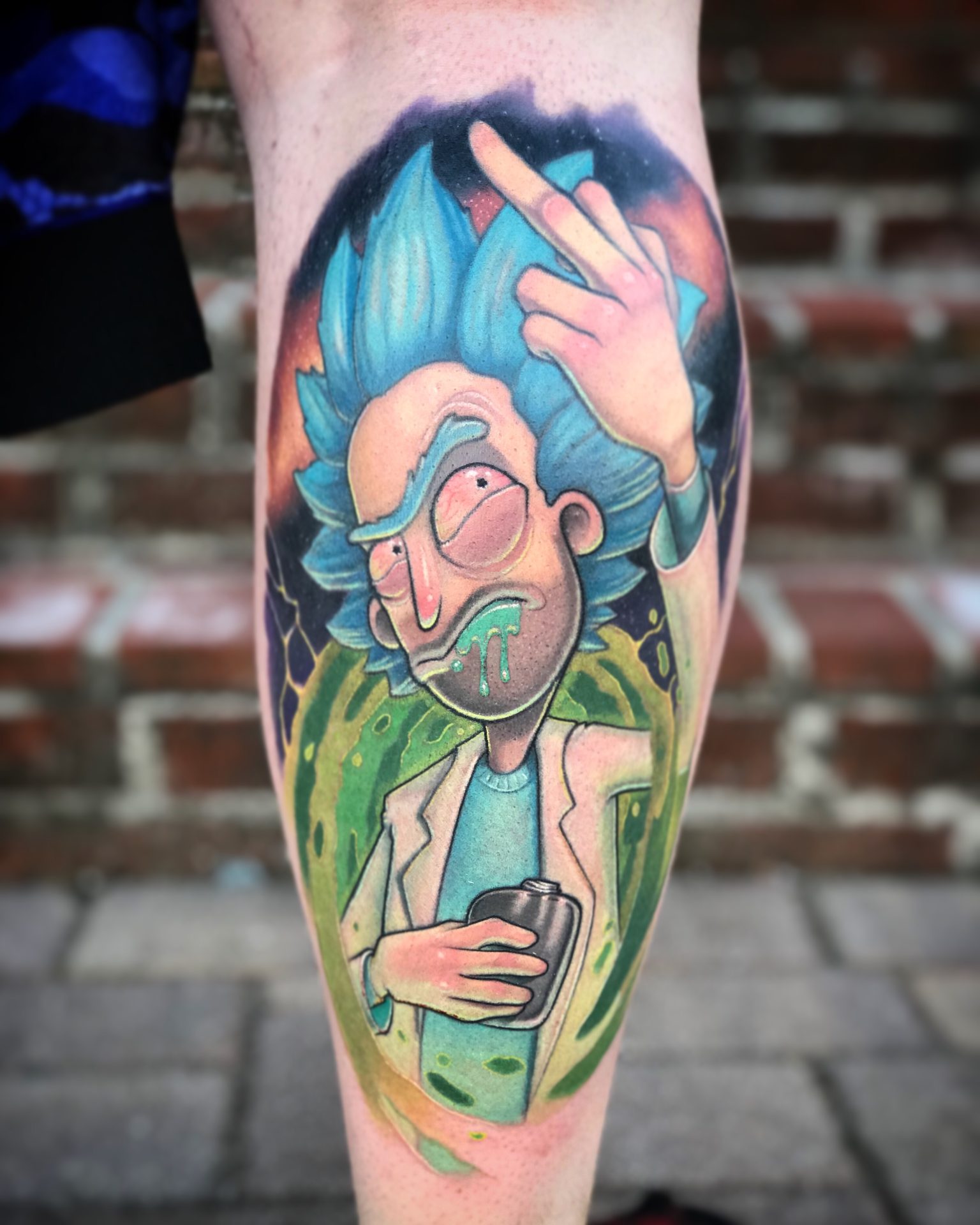 This was just a small fraction of the undeniable art walking up and down the streets of the River City. As more tattoos start steering away from more traditional art and toward more pop culture based work, it is only time before Sailor Moon and Princess Leia become the new pin-up tattoos of yore.