In this month’s Amazon Trail, Lee Lynch raises concerns about the possibility for censorship in our increasingly net-based society.

I used to encourage LGBTQ (aka Q) people to write by telling them, “We need to make sure they can’t burn all the books.” While the burning and banning of books persists in a limited way, now it’s entirely possible to delete every single book.

In terms of personal preference, I read electronic books. With a couple of swipes, I increase the fonts for easier reading. Despite arthritis, I can hold the heaviest of tomes. Health insurance should cover these miracle devices.

I started thinking about this threat while reading in The New Yorker Magazine about a Chinese company, JD.com, which the article described as “…the third-largest tech company in the world in terms of revenue…” Amazon is first in revenue, followed by Alphabet.

The writer, Jiayang Fan, went on to explore the retail potential of rural China and the economic sense of serving millions of untapped buyers by making goods accessible to isolated regions. Few of these customers have computers, but they do have cell phones and coverage. JD.com developed a sales and delivery empire equivalent to UPS combined with Amazon. They use trucks, uniformed men, and drones. Villagers gather to watch the drones deliver red boxes containing their orders (from diapers to live crabs). It’s like going to a Walmart where all the customers know one another.

It occurred to me that the internet is literally taking over the world. Or, I should say, the people who own companies like JD.com are capable of taking over the commercial world. As we become more dependent on them, more familiar with and trusting of them, we are plummeting into a trap that challenges everything we know, including reality.

While our legislators investigate, debate, or downplay Russia’s attack on the 2016 presidential election process (as well as internal abuses like gerrymandering and denial of voting rights), not much has been done to protect that process. Russian — or any — influencers can once again have a field day invading the internet with their misinformation. If a Chinese retailer can deliver to tiny mountain villages with no paved access, then a foreign entity, savvy domestic terrorists, or our own government can find methods to disrupt a democracy.

I used to imagine enemies taking over voting booths so that my vote for Elizabeth Warren, for instance, would enter the big computer as a vote for some odious candidate. Or, I thought, what was to stop centralized hacking and altered tallies?

Much more effective, and less verifiable, are schemes that influence our voters to elect a puppet whose backers have nefarious intent. This is real, this has happened and is happening. I fear actual citizen votes will prove meaningless, electronically as burned as banned books.

Where these information bombs were once launched by governments, the tactic has since been monetized. Actual companies employ former government and military intelligence personnel, whether computer experts or field agents. The employers may operate within ethical boundaries or not; the profits may be as high as the customer’s goals are low. Great care is taken to ensure deniability so that if laws are broken, there is no bad guy to charge.

Social engineering is the nice name for one of the game plans you can buy from these companies. Want to trick customers into changing brands? Want to malign a witness at a trial? Want to demonize a political opponent? These services are for sale if you have enough money and want to play dirty.

The highest bidders get access to the highest quality technologies. In a successful commercial project, customers will buy, not the best product, but the best marketed product. Deep pocket capitalists can plant detrimental information using, for example, untraceable avatars, perhaps of fake consumers with fake complaints about a product. When the intelligence company makes such a complaint go viral, the hapless competitor loses business and can’t cry foul in a court of law. There are no laws addressing this sort of manipulation through the internet.

If that strategy is deployed in our 2020 elections, a lot of voters will, once again, be loyal losers who elect a greedy, power-hungry figurehead just wily enough to do as his masters command. This is war, cyber war. The sooner we accept that fact, the sooner we’ll be catapulted toward saving our democracy.

If this cyberwar does result in another fraudulent election, we will be that much further along the path to burning books. The figurehead will have a nuclear button for that too, and Q books will be the first to go.

For some time, Facebook has been the primary distribution channel for most news outlets throughout the US. This has been true for the smallest local news outlets, straight through to macro content producers like CNN and Buzzfeed. Pew Research Center found that in 2017 alone, almost 68 percent of all Americans consumed their news via Facebook. This is no coincidence either since Facebook courted publishers and made available platform features that allowed for a vast and easy distribution of news including the now unfortunate “pivot to video”.

Yet after facing deep criticism for their inability to identify Russian trolling during the last election or stop the proliferation of fake news, Facebook has now made a conscious decision to show less news content on your feed, in favor of posts from your friends and family. Instead of just fixing the problem with their news distribution, Facebook is just killing the ability to consume news, which is now putting at risk the vast ecosystem of local, regional, and national publishers.

Needless to say, this puts in jeopardy independent news sources that are critical to generating the kinds of conversations needed to ensure accountability and transparency in our communities. 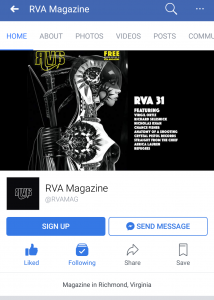 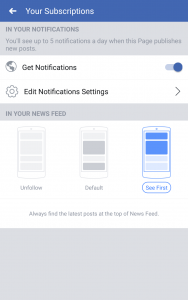 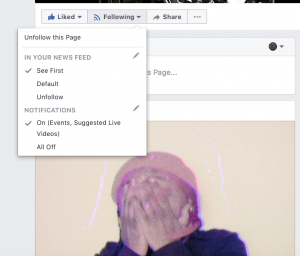 If you have any questions about content delivery or how to better get RVA Mag news, please feel free to email us at [email protected]