GOP Senate candidate Corey Stewart, known for his fondness for Pres. Donald Trump and violent rhetoric, is already an unlikely challenger against Democratic incumbent Sen. Tim Kaine, but the Democratic Party of Virginia is hoping that his unpopularity will limit Republican turn-out statewide. The state party is trying to use Stewart as a wedge issue in other races statewide. In the second district, Democratic challenger Elaine Luria invoked Stewart, asking her opponent,  incumbent Rep. Scott Taylor, to either endorse or repudiate his fellow Republican.

We stand by every word of it. Do your Member of Congress (@BarbaraComstock, @DaveBratVA7th, and @Scotttaylorva) stand by every thing your standard-bearer @CoreyStewartVA has said? Please ask them, thanks! https://t.co/9TFPIkJO03

“He should reject the fact that Corey Stewart stands next to racists and anti-Semites,” Luria said, according to Bill Bartel for The Virginian-Pilot. “If he doesn’t have the fortitude to reject those values, then I think he stands with him.”

On its face, it’s not an unusual request. In the Trump era, Taylor is seen as a more moderate Republican than Stewart, and even received Luria’s vote in his last election. If he disavowed Stewart, he’d join the ranks of national and local Republicans who have distanced themselves from the candidate. Stewart is known less for a specific platform–mostly, he’s just anti-immigration–and more for his close association with well-known anti-semites and alt-right extremists. In a recent tweet, he said he’d “kick @timkaine’s teeth in,” tagging Kaine’s twitter account.

Despite that, Taylor refused to commit yet, telling the Pilot that he didn’t “give a shit” about Stewart. “No one else does either way,” he added, although the state GOP seems to have been throw in to turmoil by Stewart’s candidacy. Just months before the election and days after Stewart’s victory, state chairman John Whitbeck, who endorsed Stewart’s opponent Nick Freitas, stepped down, along with two other party leaders. According to Jenna Portnoy and Laura Vozzella in a recent Washington Post article, even a long-time Republican fundraiser in Virginia sees Stewart as a liability that could hurt Taylor and Rep. Barbara Comstock, who is also seeking reelection this fall.

Taylor’s statements brought negative attention from national outlets like The Hill and The Root. Taylor told the Pilot that he isn’t racist, saying he named his son, Sterling, “after a black guy,” something Monique Jordan, news writer for The Root, highlighted in a recent article on the controversy. “For the tl;dr crowd, Taylor said there is no way he can be a racist because his son is named after a black man. Taylor’s son is named Sterling. It’s not the blackest name ever, but I guess?” wrote Jordan, adding, “Seems like it would be a lot easier for Taylor to say he doesn’t support Stewart.”

On Twitter, Taylor criticized The Hill for their coverage of his defense, noting that his son was named after fellow serviceman Sterling Sharpe, who was killed in the line of duty in Afghanistan.

It's really sad, but perhaps not surprising, that @thehill & writer Aris Folley, would editorialize baselessly trying to make someone out to be a racist Oh…& yes the kid was named after a black guy who was killed giving his life for them in Afghanistan. https://t.co/jPPfPIqGze

Democrats have used social media to pressure Rep. Dave Brat, Comstock, and Taylor, but so far, the tactic has only seemed to stick with Taylor, possibly because of his response. Stewart’s likely impact is still debatable, but it appears that the Democratic strategy has had its intended effect, putting Taylor on the defensive and bringing national attention to a race that was considered an easy Republican victory by early polling and analysts. 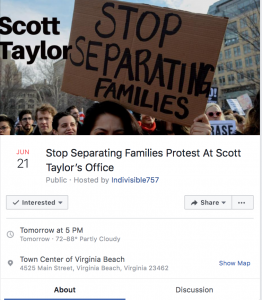 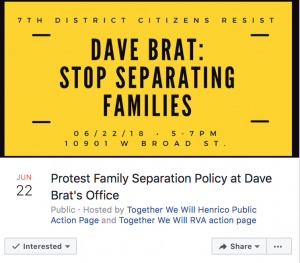 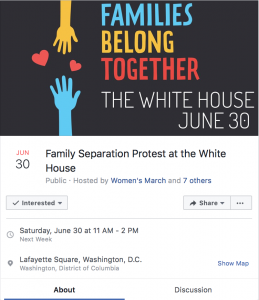 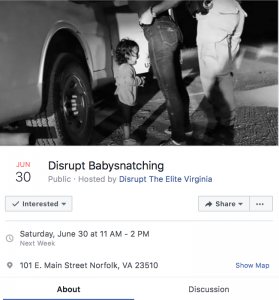 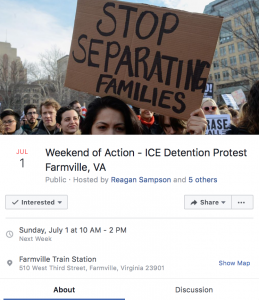