[That’s right, folks, three for the price of two this week, since we had an extra review floating around. Enjoy!–ed.]

Once upon a rhyme there was a rap group called Luggage. They killed shows, drank a bunch of PBR, got a bunch of tattoos, then like any matrimonious duo, parted ways and entered a realm of relative silence. Well as they say, “you can crush a man’s dream but his spirit never dies.” And though I don’t know what happend between them, I do know this: Ben FM is back, and now he’s down with Gritty City! World Peace Motherfuckers is 15 tracks of what I call “Old Richmond Hip-Hop.” Before the turn ups, before swag, before the death of myspace. This project took me there, to that era. It reminded me of my journey, but that’s personal, right? So let’s get down to the music.

Ben FM is the Tommy Chong of Richmond Hip-Hop. Half funny, dark humor, undeniably talented, but often eccentric, sometimes off-puttingly. This is the guy that remixed Soulja Boy’s “Turn My Swag On” and performed what he called “Woke Up With My Bag On” while wearing a trash bag. Luckily, despite the project kind of starting off on a not so serious note with “WTF,” produced by Ant The Symbol, Ben FM manages to toe the line of fun and game. This project is a mix of nontraditional song structure, odd background vocals, solid at times Wu Tang-esque production, strong wit and obvious intelligence, and a whole lot of individuality. Ben FM isn’t doing this any other way than he wants to, and as a listener you have to respect that to truly appreciate this project.

In my opinion, the strongest records, which are on the more serious side content-wise, are “Favorite Quote,” posthumously produced by Chardrach of Divine Profitz; and “Winchester,” produced by Loop Merchant. On both of these tracks, Ben FM displays his ability to be reflective, lyrical, and a great storyteller. I really hope he starts performing these songs so that people will be able to undeniably see and hear what he is a capable of when he decides to stick to it and go the traditional route. I implore you to at least give them a spin once, even if you hate Ben FM, before and after. That being said though, I did and have always enjoyed how he manages to take his fun, lighthearted personality and bring it to the forefront musically, and I do feel there is a place for that, because hey, that’s Ben FM, AKA Curse Word. I would have it no other way. 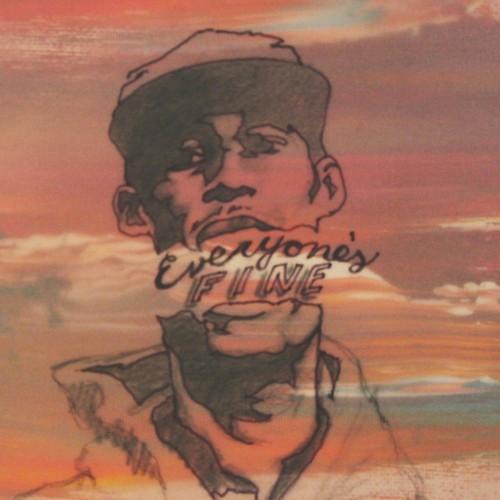 It’s hard when you lose a friend. A lot of this project seems to be Millz dealing with the death of his friend Marquise, which is why I guess the production by KVZE is soulful, and the rhymes are so laid back. I gotta say, the random phone conversations were kind of in the way, but I get that Millz was trying to create a vibe here, a presence. His tribute to Richmond, “Eight Hundred and Four,” a 2 beat/1 track deal, is Millz at his best, and definitely the highlight of this 8 track EP. Still, don’t expect any crazy hype moments out of Millz; like I said, this whole thing is laid back. In fact, if anything I can say this. Everyone’s Fine is like life; a little odd, esoteric, but full of meaning and sentiment, and worth experiencing at least once. Fine by me. 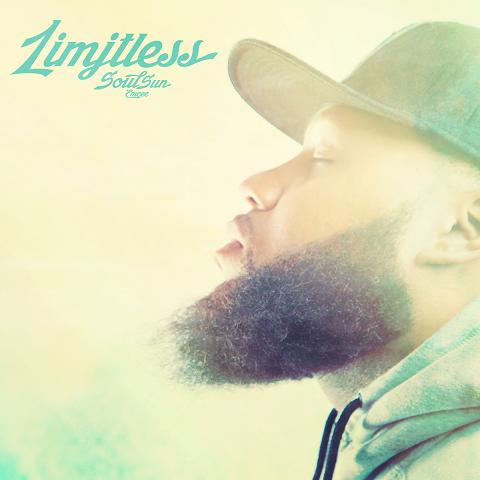 Golden Age Hip Hop. What does that mean? Is it about lyrics? About rhyming as many polysyllabic words as possible to say the most simple thing? Is it soulful production? Bars, hooks? No nonsense, straight talk? Or is there more to it? Limitless, described by SoulSun himself as a “breezy 18 tracks,” made me ask myself those questions each time I listened to it. That’s right, I listened to this project more than once. After all, SoulSun is all about lyrics and it can get complicated: “I’m open to opposition/ I’m often terrific / wisdom/ pandemonium penmanship/ paralyze em then they benefit…” -Sun Tzu Hey, I didn’t want to miss something.

So listener, here’s where the path splits. If you like that straight to the point stuff, or that without a point turn up stuff, if you aren’t into what millenials would consider “Old School,” despite the opportunity to learn what a MC sounds like when he really gets on a track, this probably isn’t for you. I mean, I get it; that shit gets annoying, and can be overbearing. After all, who cares how poetic or complex you can say something, or how artsy and precise you are in matching the pace of the track? It is, after all, possible to over-rhyme, and I’ve seen and heard SoulSun do it. So I approached this one with that in mind, only to find that for the most part, SoulSun knew where to let the track breathe, and for a project called Limitless he often does a good job at staying within the limits… of the listener.

Song structure-wise, he keeps it moving, often giving the people just two dense verses and a hook, keeping almost every track near the 3-minute mark. He even has a feature from Ras Kass, where SoulSun of course aggressively pursues the top kudos on the track. He always delivers when accompanied by another MC, be it Fame P or Fugitive 9. Most of this well-mixed project is soulful, old school type stuff production-wise, except for “Rituals,” which despite being produced by Chad Hugo of The Neptunes, really takes away from the overall cohesion of the arrangement (though it does make you appreciate the feel of rest of the tracks more). I gotta say, “Just Like In The Movies,” featuring Sanura, produced by J Clyde, is a very complete, impressive record, and is just balanced enough that I think anyone could appreciate it. So don’t miss it–your Young Thug will still be there after you’ve heard it. I look forward to seeing what direction SoulSun goes with his next release, as the neutral elements of this project are in my appraisal what allow Sun’s Soul to shine. Any step too far any direction could certainly cloud someone’s judgement of what is the tireless work of a talented individual.

Known as the hardest-working man in RVA hip hop, Black Liquid hosts two local radio shows–Thursday nights 11pm-1am on WDCE 90.1 FM, and Saturday nights (aka Sunday mornings) 1am-3am on WRIR 97.3 FM–organizes the bi-monthly Face Melt Fridays at Strange Matter, and teaches creative writing to 7th and 8th graders at Sabot at Stony Point School. He’s also a prolific emcee, having released nearly two dozen mixtapes either as a solo artist or with his compatriots in The New Juice Crew over the past several years. Download his new album, Title, as well as his considerable back catalog, at NoiseTrade.