As fans converged upon The National last week to see Texas rock outfit Spoon, lines began to form around the corner of the block. Instead of Richmond’s pseudo-bohemian regulars, the audience was comprised of veteran fans- an older crowd engrossed with nostalgia. The band hadn’t been back to Richmond in seven years, and with a playful, but an uncoordinated attempt by the openers, expectations were high. 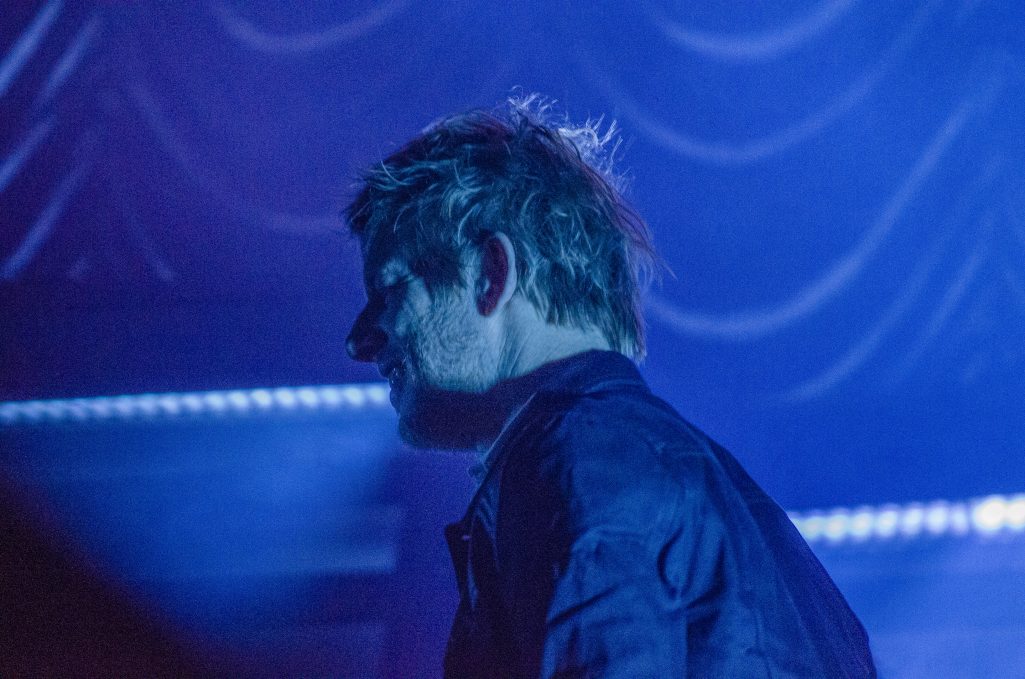 When I think of Spoon, several reservations come to mind. Romantic comedies, happily ever after, Paul Rudd. Would they simply play The Underdog on repeat? It’s fair to say that despite maintaining consistent commercial success, Spoon has struggled, more than most, in establishing their own sound. With a sound resonating with early 2000s contemporary rock, it’s easy to lose the group in the mix. At least that is what I thought of the band before the show.

You think you know a band until you see them live. Last Wednesday, Vocalist/Guitarist Britt Daniel and his crew executed a stellar performance from start to finish. Even after 19 years in a competitive market, Spoon doesn’t show any signs of slowing their ambition. While many bands begin their first steps towards complacency and fall into the reunion circuit, Spoon has continued to carve out its own sound, bouncing from previous endeavors with a live performance that is vicarious and all feel. 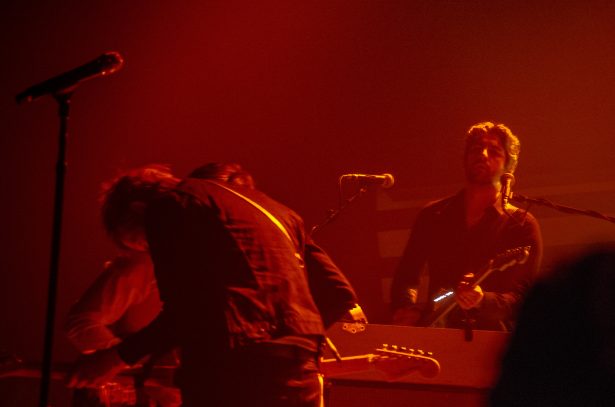 Even with a crowd as notoriously stiff as the head knobbing elites of Richmond, every song filled the air and chipped away at the stakes by our feet. While many acts usually try their hand at anecdotes between sets, drummer Jim Eno and bassist Rob Pope stretched each riff, stuffing the spaces between line breaks, yet stopping on a dime with near perfection. 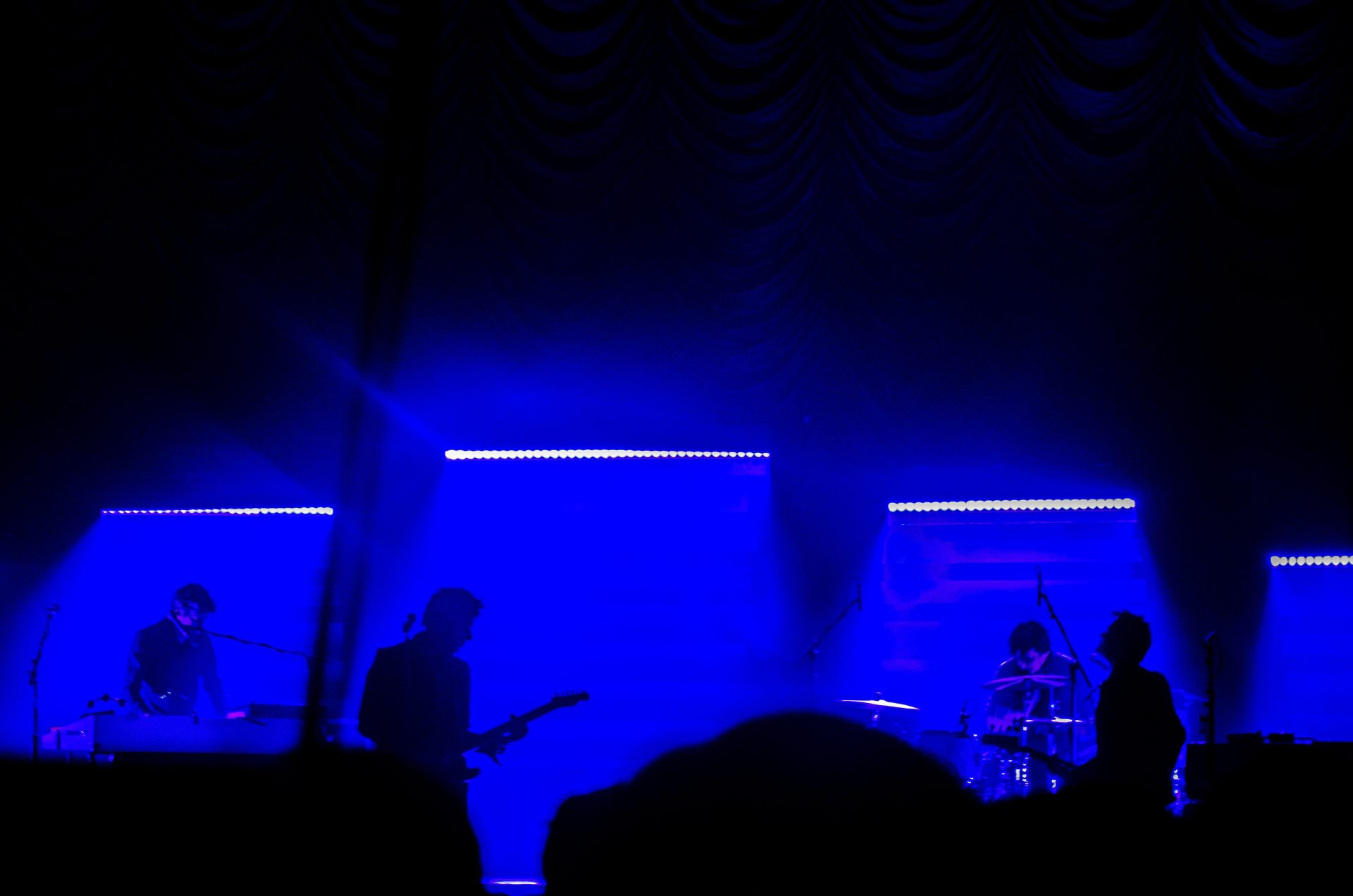 Their performance is parallel to their newest release, Hot Thoughts, Spoon’s ninth album, another stellar mark to the band in full stride despite their 19-year reign over the rock world, this time combining the influences of funky electronics and new wave antics, ditching the guitar for keyboard galore and a tempo that Martha Reeves could appreciate.

Their success a testament to their work ethic, their public image- relatively low-key. While rockstars parade the corners of their bandstand, Spoon is electrified yet channeled, Daniel scans the crowd with reciprocity, each line an exchange for their diligence. And to think, my previous concern writing this piece was how to play up a one-hit wonder. You think you know a band until you see them live.

Like the North American sleuth of music, Spoon has once again emerged from the snow-laden hollows of their respective keeps. The Texas-based rock outfit takes the stage tonight at The National. In a competitive arena where many look to join the reunion circuit for relevance, Spoon shoots this notion in the foot, emerging from their hibernation for their next quadrennial masterpiece.

Members Britt Daniel (vocals, guitar) and Jim Eno (drums, keyboard) Rob Pope (bass), Alex Fischel (guitar) come together for Hot Thoughts, Spoon’s ninth album, another stellar mark to the band in full stride despite their 19-year reign over the rock world, this time combining the influences of funky electronics and new wave antics, ditching the guitar for keyboard galore and a tempo that Martha Reeves could appreciate.

Inspirations drawn over the years, Daniel’s songwriting are transparent in this album, as the inimitable musician shows a certain mastery in the funky feels he only skimmed across in their previous yet equally incredible 2014 LP, They Want My Soul. This album especially has a strange duality between bittersweet self-awareness and haunting yet empathetic carnage. To put it simply, the title alone says it all.

Consistent enough in each album to be iconic, yet branch out enough in versatility between albums to show listeners they have changed since their initial breakout success of 2001’s Girls Can Tell. From there, I would say each album was consistent yet progressive to sculpt their own aura, a band most have no reason not to listen to, no album not worth a purchase. Between their radio-friendly 2007 album Ga Ga Ga Ga Ga crowding the O.C., and the introspective response in 2010’s Transference, Spoon has retained a spot of excellence, seizing the days prior to the indie rock insurgence of 2011.

With a voice too raspy for Lennon and too sober for Lou Reed, Daniel’s minimalistic prose flows with the electronic riffs in “WhisperI’lllistentohearut”, a song that almost masters in four minutes and 20 seconds what LCD Soundsystem took an entire album to explore in their 2017 American Dream, and that was nominated for a Grammy. Their latter track “Do I Have to talk You Into It” plays out like a beautiful mess of Big Pink electronics and a flow reminiscent of Queens of The Stone Age in their prime.

With any review or noteworthy narrative on the band, writers tend to overlap on the same fixation: how Spoon balances being consistent with not being boring, and how they are great for doing so. Boom.I think the wildest thing any of them have done is Jim Eno (drums, keyboard) shotgunned beers with Drew Barrymore. The rest- all hooplah. I mean the guy doesn’t even allow his bandmates to sport a beard. As Daniel has repeated in numerous interviews, he is a musician, not a rock star, so expect a show that provides what you come for in the first place.

Spoon hits The National tonight at 8 PM. Tickets are $28.50 which you can grab here.