Visitors of The Valentine and downtown residents will soon get the chance to enjoy the sandwiches and other goodies from Garnett’s Cafe when Garnett’s at the Valentine opens this spring.

A sister restaurant to the Fan’s Garnett’s Cafe on Park Avenue, Garnett’s at the Valentine will go in the museum’s garden cafe serving salads, sandwiches, soups, coffee and desserts. The Valentine Garden is a 15,000 square feet garden located behind the historic 1812 Wickham House

“We’re so excited to get into downtown like this,” said restaurateur Kendra Feather in a news release. “The garden is beautiful, and the Valentine is such an amazing Richmond institution – this is a dream.” 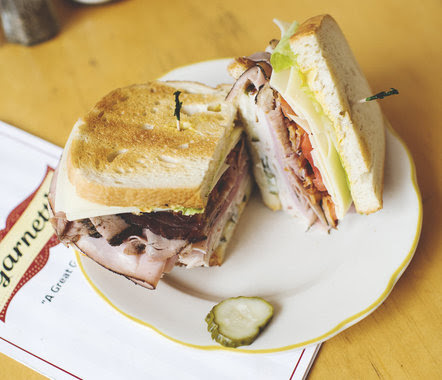 Feather opened Garnett’s Cafe in 2009 followed by Ipanema Cafe in 1998, Church Hill’s The Roosevelt in 2011, and most recently, Laura Lee’s on Semmes Avenue.

According to the release, the second Garnett’s Cafe location at The Valentine will start out with lunch from 11 a.m. – 4 p.m., with breakfast service and after-work hours to follow.

Director Bill Martin said the new partnership was a “perfect match” in a statement.

We both share a commitment to the revitalization of the city and creating an amazing experience for our guests.”