For Hollywood stars whose relevance is fading, sharing discriminatory hot takes on causes you don’t understand is a bad way to get back in the spotlight.

This week, things took an awkward turn when it turned out that Zach Morris is not actually the Saved By The Bell cast member who is trash. Instead, it turns out, it’s good ol’ AC Slater. Former Saved By the Bell actor Mario Lopez, who is now a host on the entertainment news show Extra, is confused — and he thinks you actually care about his opinion.

He especially seems to think you care about his problematic (read: dangerous) opinion about parents who support their transgender children. Originally Lopez appeared back in June on conservative YouTube talk show The Candace Owens Show and was asked about parents allowing their children to express traditionally-opposite gender interests. Specifically, he remarked about how children don’t understand what is going on anyway, and how dangerous it is.

Owens, who was previously a nanny, opened the questioning by prodding that children don’t have the mental authority to understand gender identity.

“I’m kind of blown away, too,” Lopez told Owens, according to NBC News. “I’m never one to tell anyone how to parent their kids, obviously, and I think if you come from a place of love, you really can’t go wrong… but at the same time, my God, if you’re 3 years old and you’re saying you’re feeling a certain way, or you think you’re a boy or a girl — or whatever the case may be — I just think it’s dangerous as a parent to make that determination.”

“When you’re a kid … you don’t know anything about sexuality yet. You’re just a kid,” Lopez said.

While this may be true depending on the source you cite, it should be noted by anyone with any sense that gender and sexuality are two separate entities. Conservative media enjoys conveniently combining them, but it should again be noted that they are, seriously, not the same thing.

It took a while for anyone to notice his appearance on the show, but finally people found out about it, and now Lopez has come under fire on social media. Naturally, he backpedaled the hell out of there as soon as the clip went viral, commenting on Wednesday about how sorry he is and how much he supports the LGBTQ community.

“I have been, and always will be, an ardent supporter of the LGBTQ community, and I am going to use this opportunity to better educate myself,” Lopez said, according to Insider. “Moving forward I will be more informed and thoughtful.”

I would like to point out that if he really agreed that these comments were in poor taste, he wouldn’t have waited until the last day of July to jump on that. To quote my dear father, “You’re not sorry you did it, you’re sorry you got caught.”

For the record, the producers of Extra were not on board with what Lopez had to say, issuing a statement of their own about the whole affair. “While we have enjoyed a long relationship with Mario Lopez, who we know to be a caring person, the opinions he expressed in this interview do not reflect those of Extra,” they stated, according to Deadline. “We wholeheartedly embrace our friends from the LGBTQ community and believe they need support and love.”

Hopefully cast members from 90s teen sitcoms will give us more of that support and love in the future. And hopefully Mario Lopez will follow through on that promise to educate himself about an issue he has proven himself ignorant about. 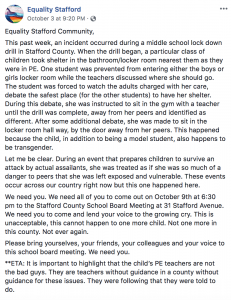