We last spoke with artist Asiya al-Sharabi in October of 2017. Her mixed-media series, Trumperie, which we highlighted in our previous article, seems more relevant now than ever. That series of artworks explores what it means to be an immigrant during Donald Trump’s presidency.

Trump’s controversial travel ban, which finally went into effect this past July after months of court challenges, spurred discussion about its inherent xenophobia. Now, the Trump administration is proposing an executive action that could use travel-ban-like authority to block those seeking asylum at the Mexican border. As America heads into Trump’s third year in office, the welfare of immigrants is still uncertain.

Al-Sharabi fled to Egypt with her children after the Yemen revolution and then relocated to the U.S. with her family.

“I was heartbroken. We had to start from scratch,” she said. “I felt sad that I had to leave my studio, my mother, brothers, sisters, friends, and everyone in a country torn by war.”

The fate of Yemen is ambiguous, and the country still faces hardship in the wake of poverty and terror. This week it was reported that Yemen’s Saudi-backed government will participate in United Nations-sponsored peace talks in Sweden. This could be a positive turning point in the almost four-year civil war.

Even so, it’s also reported that an average of 75 people are killed or injured every day in Yemen. The country’s belly and pockets are empty — a catastrophic famine is looming over the war-torn area. Restoring the country and its people will be laborious. This is the state of things in al-Sharabi’s beloved home country, which she still cannot return to.

While Trump tries to make immigrants feel unprotected in the supposed land of the free, al-Sharabi isn’t wavered by his hate.

“I get frustrated whenever I hear him speak about immigration,” she said. “Then I get inspired and I create art. Trump will not last forever — my art will.” 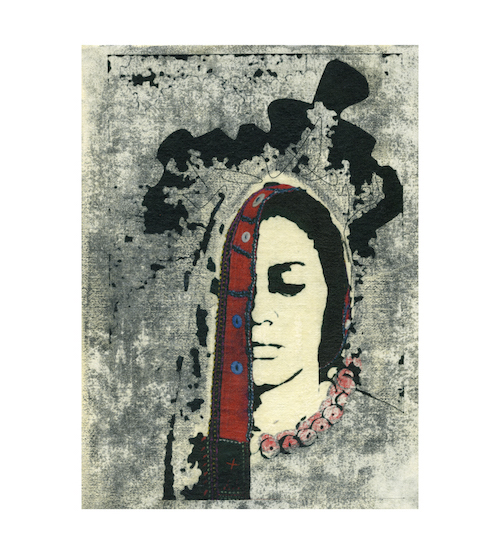 Before pursuing art, al-Sharabi was a photojournalist in Yemen, a career full of risks that was looked down upon in Yemen.

“I wanted to quit so many times, it was culturally challenging and not encouraging, starting with family members,” al-Sharabi said. “But in my heart, I knew I would make it one day, and I wanted to prove to myself and other women in my country what we can achieve.”

The causal ease of taking a photo and being allowed to photograph freely is something we often take for granted in the states. Al-Sharabi recalled how she felt the first time she ever took a photo.

“I remember it very well,” she said. “I was so forced on impressing my dad, there was only one target in my mind — to make him proud. I knew back then, if he is proud and supportive, nobody else matters.”

In series like “No Photography” and “Queen Sheba,” Al-Sharabi creates artwork that brings to life the reality Yemeni people face, specifically women. In Yemen, women are regarded as only half a person, and face income inequality, gender-based violence, and a lack of legal protection for women. Being a woman in Yemen is so dangerous that photographs of women are grounds for getting them killed. 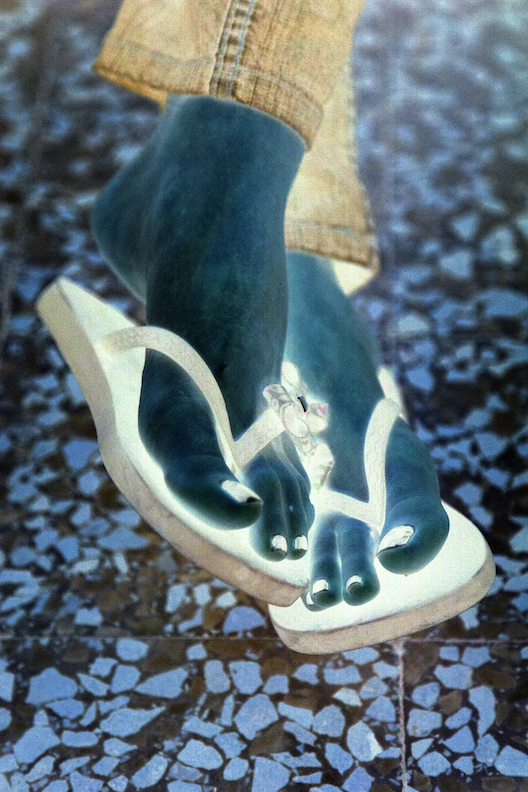 “The country is going backward by the hour; we’ve reached a point where a picture of a woman in advertisement poster has to be covered or they splash paint over it,” al-Sharabi said. “In cafes and restaurants, [women] have to be separated from men. If the woman is single or divorced, her suffering trebles, from rumors into insults and humiliation.”

As an artist, al-Sharabi must find ways to keep the identity of her subjects hidden. She often photographs parts of the body, such as the hands or feet.

“Every picture I took, I had to show them [the women] how it looks, assure them that their identity will not be revealed,” al-Sharabi said. “Once trust is built I repeat the process.”

She said that her work receives varied critique from those in Yemen. While the women are proud and inspired, al-Sharabi revealed that some of her family members think she should stay at home and be a housewife.

“[From] the men I get different messages,” she said. “Some who are liberal thinkers and progressive and into the art scene are very supportive, others just observe and don’t comment.”

After photo shoots, al-Sharabi turns photos into negatives, prints them on handmade Japanese paper, paints on a panel processes with gesso, and then combines them together to create the distinctive mixed-media style that is reflected in most of her art. Al-Sharabi says she does all this to protect the identity of the Arab women. 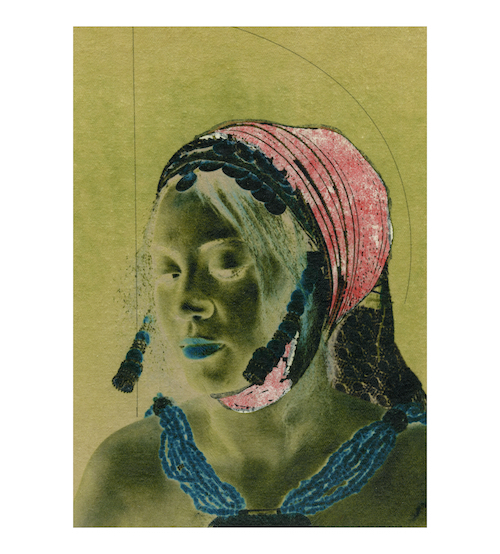 Rather than being influenced by outside forces, al-Sharabi draws inspiration from within her own experiences. She uses them to contextualize the adversity that marginalized bodies must pull through. Al-Sharabi bridges her world and the outside together to create a unique vision that must be peeled back like an onion. The longer you look at the photographs, the more intricate details and hidden messages you will find within the work.

“Each viewer confronts their personal experiences and perceptions, mixed with history and myth, transformed into a space that conflates western perspective with eastern illusionism,” al-Sharabi said. “I want them to draw their own impression and feelings based on their experiences, challenges, and knowledge of the world. I want to communicate with every person a message that’s empowering to them. This is something between me, the artist, and the audience.”

More than anything, knowing her work in the U.S. is becoming recognized and that her children are proud of her is something al-Sharabi holds close.

“All this pushes me to communicate that we are resilient, and no matter how many bombs dropped into the country and how many visas get denied and rejected, the people in Yemen will stand up again and communicate to the world their beauty, culture, and art.”

Al-Sharabi’s art is currently on display as part of the exhibition “Realism and Other Realities: A Photographic Exhibit” curated by Erlene Hendrix. This exhibition can be seen at the Rawls Museum, located an hour south of Richmond at 22376 Linden St in Courtland, VA, until Dec. 7. You can view more of her work on Instagram @asiyaart or on her website.