Jeff Goldblum is life; the air we breathe, the water we drink. His genre-defining performance in “Jurassic Park” as mathematician-turned-American hero Ian Malcolm, introduced a generation of teenagers in the 1990s to concepts like chaos theory, and the art of lounging casually with your shirt open; bringing sexy back when Justin Timberlake was only 12 years old. Let’s also get real. Goldblum saved the planet (again) in 1996, this time as plucky scientist David Levinson, infiltrating an alien mothership with a first-generation MacBook, thus saving humanity from extra-terrestrial extermination. Who else could have done that? No one.

Since becoming the hero America never really deserved in the ’90s, he has become the darling of the weird and random, turning great performances on “Glee,” “Porlandia,” and “The League,” while becoming a staple in Wes Anderson films and making “Thor: Ragnarok” the great film it was. Yet what comes next might be the most Goldblum thing ever.

According to Deadline, it has been announced that Goldblum has partnered with National Geographic on a new show, titled, “The Curiosity of Jeff Goldblum.” The show, billed as a 12-part documentary, “taps into curiosity-seeker Goldblum as he embarks on a journey across the globe to uncover the extraordinary stories behind the world’s most ‘ordinary’ things.” Goldblum weighed in on the show’s development, acknowledging that curiosity is a “fundamental human trait,” also saying, “[the show] puts me in the driver’s seat, guiding viewers on a mind-blowing adventure where we break down the unexpectedly complex science behind seemingly basic things.”

National Geographic has said the show will follow Goldblum as he trots around the globe investigating the everyday mundane, looking at how ice cream, coffee, balloons, toilet paper, subways, and cereal are made. While a release date has not been announced, the world is eagerly awaiting more Goldblum. So much so that a 25-foot statue of the dashing dreamboat was just placed on Potter’s Field in London to celebrate the 25-year anniversary of “Jurassic Park.” Respect.

Richmond provides the backdrop for many productions, from random alleyways on “Homeland” to the Laburnum House on the canceled “Mercy Street,” but it’s rare that the city receives the type of exposure Jai Jamison is aiming for with his forthcoming short, “Slave Cry.”

A pilot for a proposed TV series, Jamison said he wanted to tell a contemporary story of black life in his beloved home city, which he described as “one of the most interesting places in the country, I think in the world. The confluence of history, art, culture here is unique.”

Some of the challenges black women face in the acting industry are among the major themes of the work. The main character, McKinley, struggles to play the only roles she finds advertised, that of a slave, in period productions set in Central Virginia. After back-to-back shoots, the filmmaker and his sister Courtney, the star of the movie, sat down to talk about the film, their careers, and why Richmond is such a big part of the story they’re trying to tell.

Jamison came up with the concept for “Slave Cry” while casting for a friend’s film. “The storyline had nothing to do with race, but the role was written for a black woman,” he said, stressing that there was no subtle cueing for stereotypical or racist roles. Before the audition, he said, “I would start with a background conversation … and to a T, these [were] amazingly powerful, intelligent women, they’d studied at Julliard, all over.”

All of which left him shocked when they started reading from the script, and, suddenly, “Like a switch had been flipped, they adopted what you’d call the stereotypical ghetto-type accent you’ve heard in so many films,” he said, putting air quotes around the word “ghetto,” which he was loathe to use. “It wasn’t them, it wasn’t authentic, it wasn’t in the script. I asked the woman I ended up casting about it, and she said, ‘That’s what’s expected of us. We’ve been trained to go in and do that.'”

It was disheartening, and he worried that his sister, Courtney, who was studying at the Yale School of Drama, would face the same challenges. “I wanted to write a role for her, something that was complex and deeper than the usual roles black women get,” he said. That role turned out to be an evolution of a part the two had collaborated on already a decade earlier, a grad school film project by Jamison starring the then 16-year-old Courtney as a young woman protesting the monuments.

Although she grew up in Richmond around the monuments, visiting the Maggie Walker statue gave her a new perspective said Courtney, adding, “It was just so empowering. You know she’s been here, you can feel it. It’s only what I can imagine that people who support the Confederacy feel when they see those monuments.”

Jamison, who also grew up with Confederate monuments, walking past them each day on his way to William Fox Elementary School, described a similar moment when he first saw the Walker statue. He said, “I broke down crying. For the first time, the weight of these other oppressive symbols was lifted, just for a second.”

Despite the trauma of living in the shadow of monuments that celebrated men who fought to preserve slavery, he said he felt “conflicted and shocked” when statue removal became a public debate in 2017. “They’ve been an issue forever,” he said, but added, laughing, “I was like, just let me shoot my film first, then we can take them down.”

Although the statues feature prominently in the story of McKinley, Richmond is the other star of the show. Jamison agreed that his work could be compared to Donald Glover’s “Atlanta.” He said when “Atlanta” first came out, he was worried that it was too similar to what he’d written in his first draft, finished in 2015, but as the season developed, saw major differences.

“This is so about our experience growing up in this city,” Courtney said, explaining what made the two different. From playing golf with their dad and his friends to growing up with the monuments, the work is infused with memories and a sense of place that they hope will resonate with viewers all over.

The film plays with the future and the past by having McKinley, otherwise in historically-accurate antebellum dress, also sport a pair of bright-red Chuck Taylor’s. “They’re a representation of the movement of teens and young adults,” Courtney said, describing them as a visual signifier of the conflicting identities her character struggles with. They hope to inspire conversations about the collective history and future of the city, even if some of the material may delve into aspects of city history that people find uncomfortable. 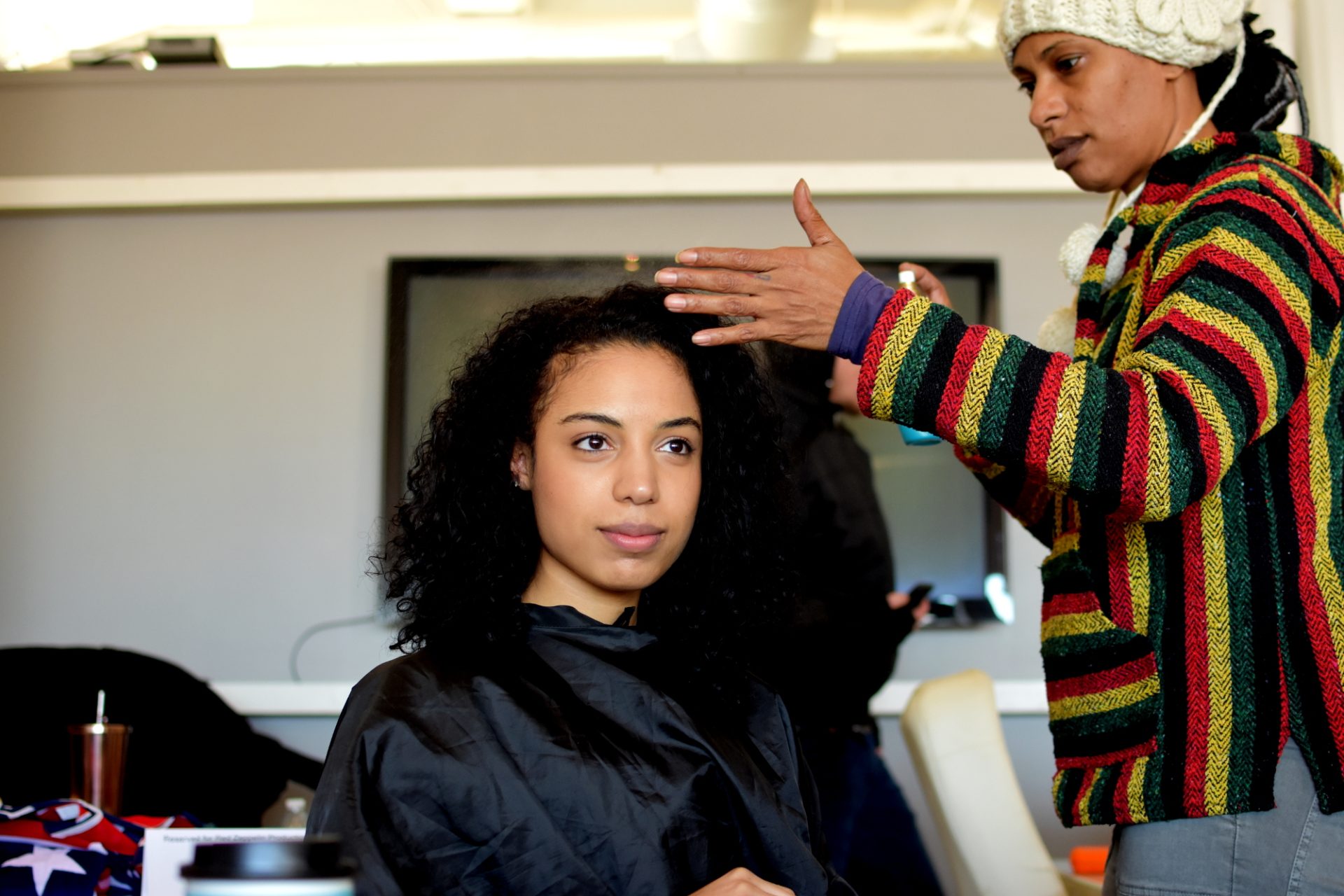 Ultimately, the short is “a love letter to Richmond, both the good and the bad,” Jamison said. When it comes to the negative aspects, he was firm that nothing should be hidden. “If you love something truly, you acknowledge the flaws as well, otherwise it’s just delusion.” Imagining some of the critical reception, he added, laughing, “I can’t wait for people to watch this and be like really, that’s your love letter?”

The film is on track for a late 2018 release on the festival circuit, with a planned friends and family showing this summer.